Even (or especially) my husband, when he hears early tapes of me singing, cringes. "You were AWFUL, I'm so sorry to say, sweetie."

It's true. I was really way more qualified to be a modern dancer than any of this music stuff.  I started studying ballet when I was six and we were living in London. (I never stopped dancing until I got a record deal with Elektra and got on the bus.) 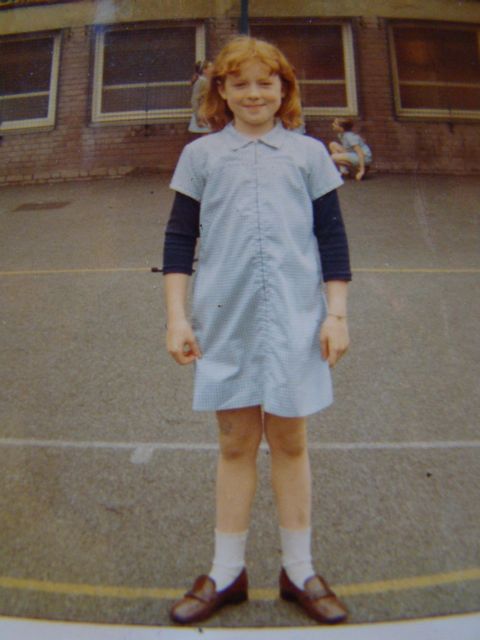 I was still a tomboy, see the horrible green bruises on both legs, but I was awarded "Primary  Honours" in my first year at the Royal Academy. I was HOOKED. 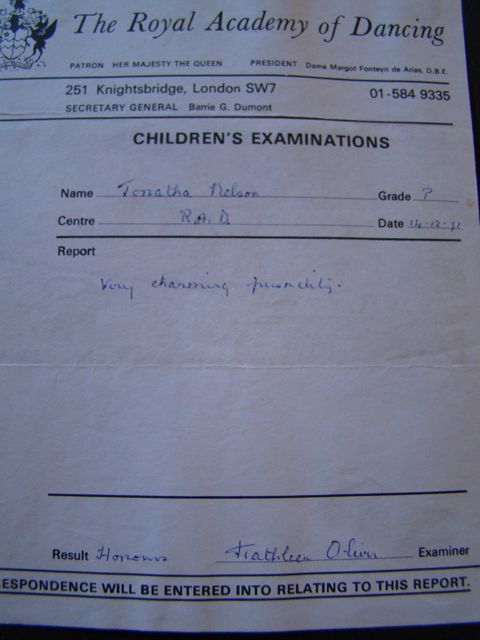 The "very charming personality" part was a very British way of trying to make sense of my improvisation at the end of the exam, I waddled around the floor quacking and told them I was Donald Duck. All the other girls were fairies and flowers, doing that little girl thing where you start on the floor and unfold yourself slowly and reach to the sky. Well, I was the squat, quacking American Kid who would not be a flower.

I found my first attempt at poetry in the same scrap book: terrible! 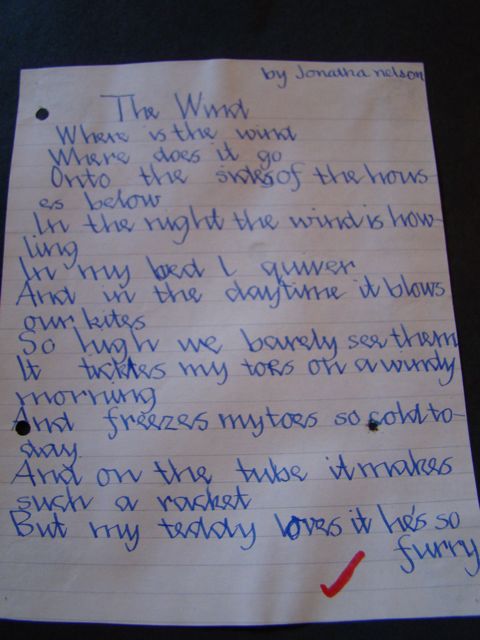 In college Spider Kedelsky choreographed my own solo for me: things were looking up! 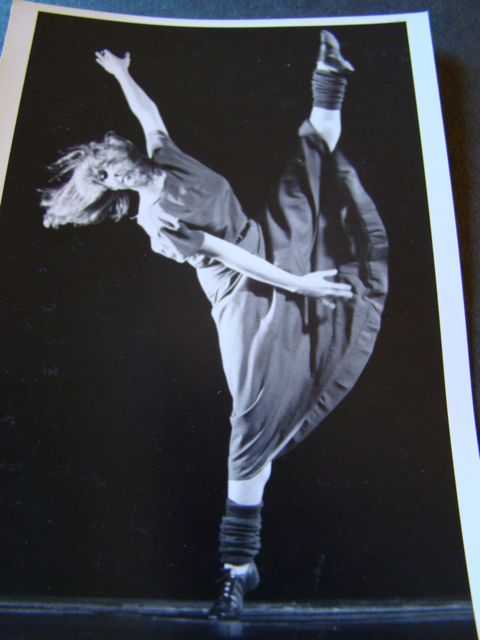 (A little too much ice cream!)

And now I have a new song called, you guessed it, "the wind." 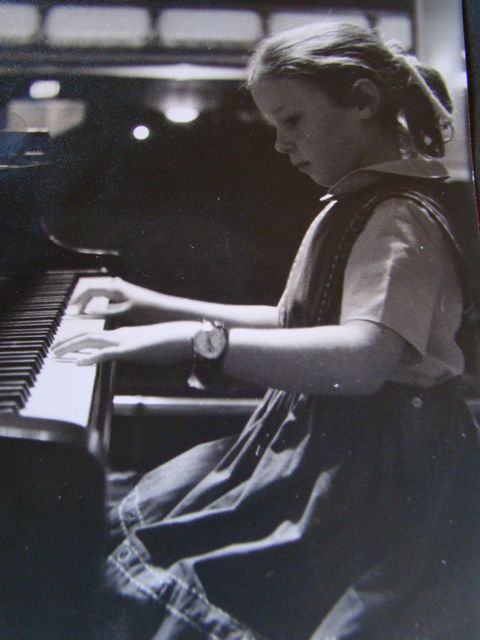 My husband thinks it's good. Maybe I'll keep at it.

My mom got a letter this week from one of her mentors. It was a sweet ode to her poetry, which had moved him to tears, and so, to write her. She pored over and over it. Then finally said, "Well, you know what this tells me? Never, never, never give up!" 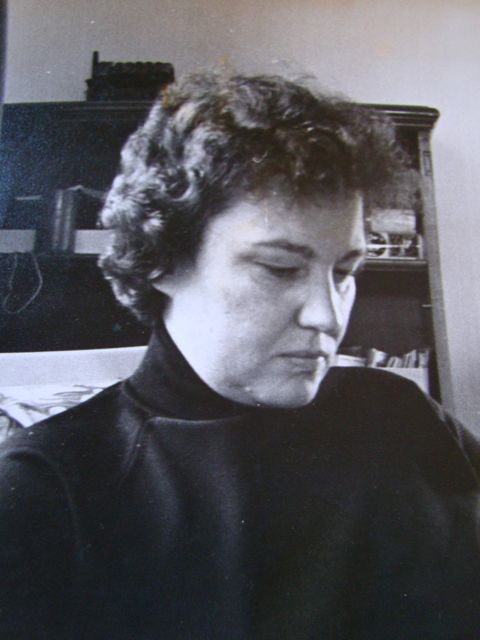 Sure enough, in this week's Christian Science Monitor, they have published another of her poems from the archives. (My mom has not been able to write anything new in quite a while) 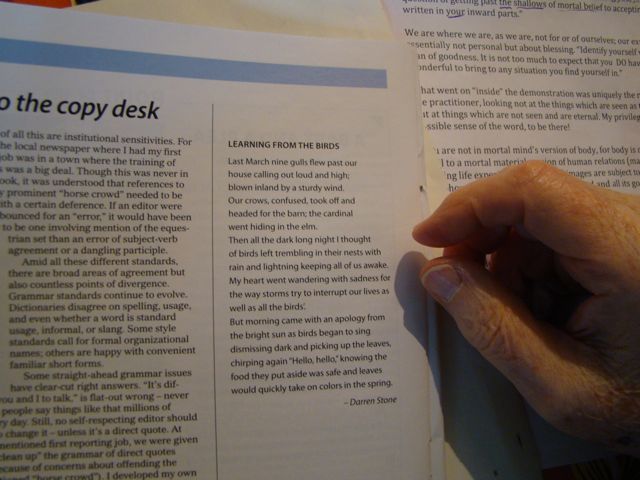 It's called "Learning from the Birds." She was thrilled and yet a little confused about how it had all come about.

Today we were busily typing up old poems on brightly colored paper. And working together on a 'new' book called "Mothers and Mums."

After lunch, with her favorite purple pen, she started to edit the Monitor poem, and the note from her friend, and then cut them in to pieces.

I will take her advice and try especially hard. It's all so fleeting, really. Shoulders down. 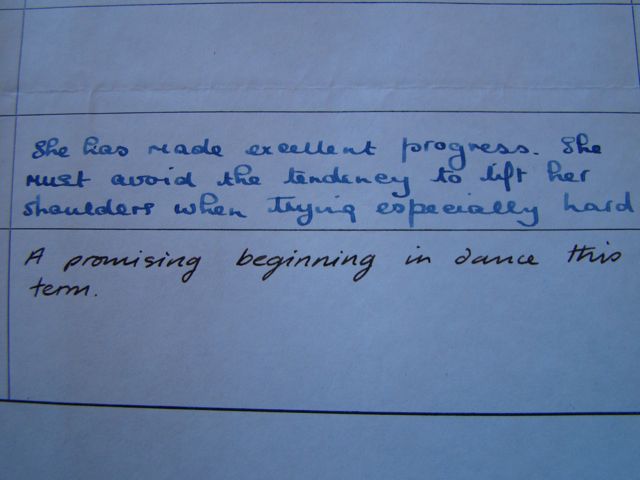 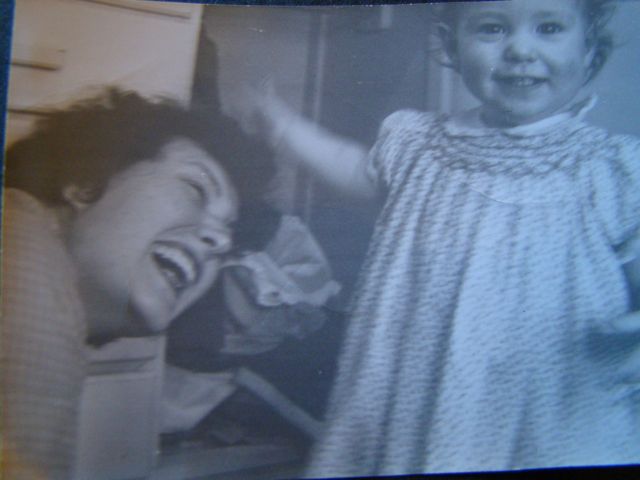