I think one of these kids is my grandmother, Amelia. I love the mischief in the picture. The girls are as brazen and ready to jump in as the boys. 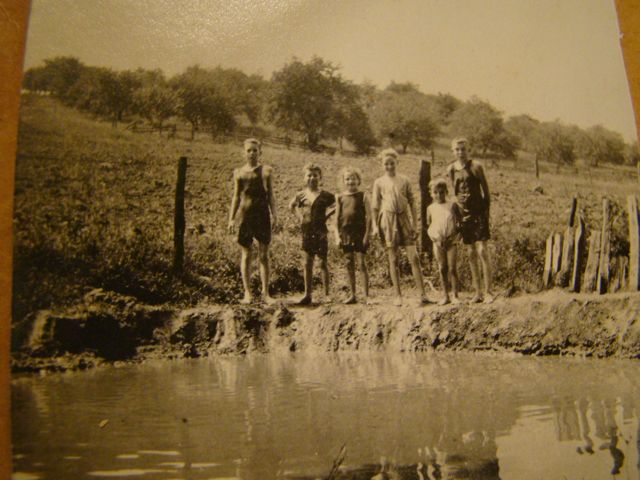 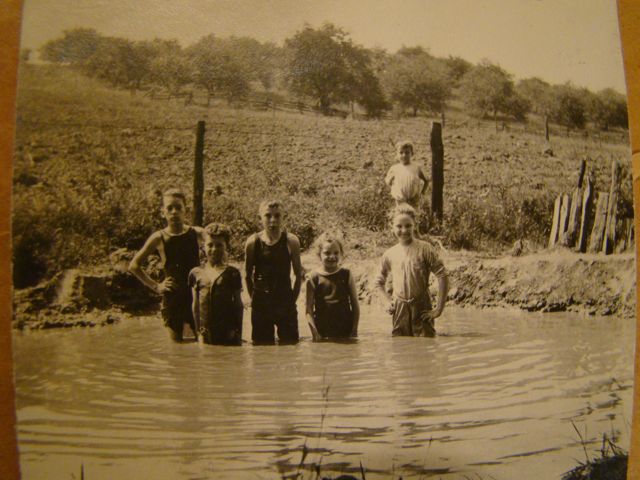 I wonder who was taking the picture. I wonder why the little guy stayed out, shorts rolled up as far as he could get them.

I went to a lecture the other night on texting, sexting, teens, the teenage brain, pornography, the internet. And it made me long for a time like this. Even when I was growing up, I had never even heard of pornography. We rode our bikes around the neighborhood until our mothers had to beg us to come in. We made up games, built tree houses, ok, we snooped on the bookshelves maybe (i remember in particular my parents' copy of "the joy of sex" but;)

Now kids are exploring sexually explicit websites, seeing pornography when they are  as young as nine and ten years old. Their brains are just not developed enough to process and react. And according to the very distinguished lecturer, Dr. Gayatri Devi, boys brains in particular respond to this stuff like a drug. You might as well be giving a ten year old crack cocaine. There is a pleasure response that is addictive and hard to compete with in the real world. Dr. Devi was saying the brain is still old circuitry developing slowly as it always has. But kids are developing hormonally at alarming rates. When you're twelve, the frontal lobe which controls judgment, decision making, impulse control, is just not up to speed. But your hormones and all the crazy stimuli are incredibly persuasive.

There was an article in New York magazine just last month about the same thing. Eleven and twelve year old girls are posting sexually provocative pictures on facebook, or sending them out on cell phones.

Dr. Devi's most compelling complaint? She could not find studies being done. There was no dialogue. Divisive politics have made Sex Ed impossible to fund or even talk about.