The graffiti seems to change year to year at the school near my apartment. This year, along with the Michael Jackson tribute 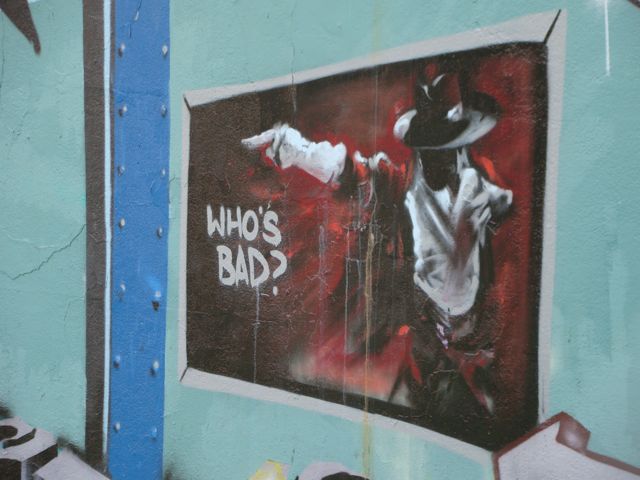 is a very colorful "EXCELLENCE." 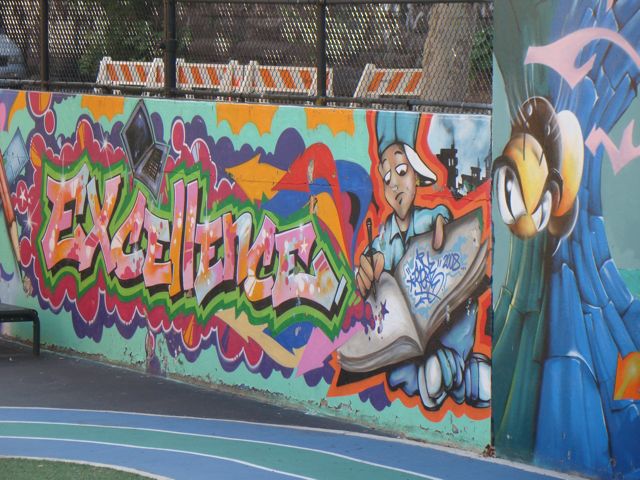 The kid in the tableau is scribbling graffiti on one page of his notebook, and what look to be stars and planets on the next page. He looks a little tweaky and thoroughly unconvinced, but maybe it's the angle of the hat.

In fact, just last night on the bus late at night coming home, a guy was going off on an amazing list of subjects. "After Jupiter and Mars," he said "they landed on the moon, I know that, but can they land on a full moon? that's what I really need to know... can they land on a full moon? I don't know. I got to go to the library and see about that. full moon, see what I'm sayin'."  No profanity or imaginary friends, just a curious discourse about possibility.

So who IS bad? There are, apparently no bad dogs. And bad is really really good in some circles....

Last night Letterman said of Mel Gibson's woes: "I wouldn't give his troubles to a monkey on a rock." What did the monkey ever do to Dave anyway?

In other news, today, on the subway, another psycho knitter visiting from Miami caught me  working on my little malabrigo cardigan and struck up a conversation. What are the odds on the 6 train? Pippi and Larry just celebrated their 40th anniversary. Neither of them could believe it. 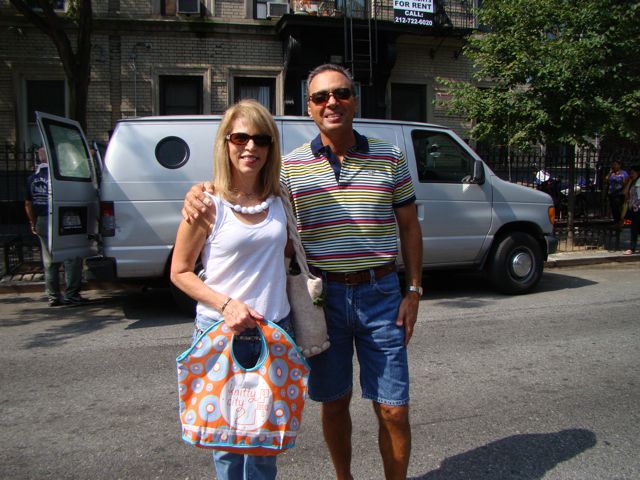 They'd been in Paris for the occasion, so Pippi hipped me to all the Parisian yarn haunts. Then she showed me her purse that she had just finished. 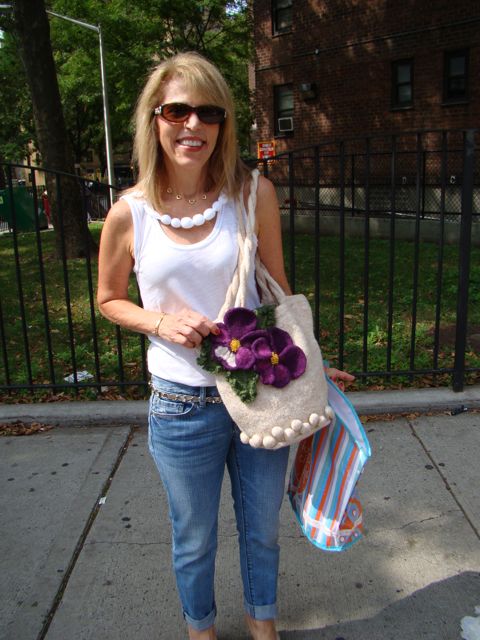 "Cascade, and then I added crocheted edges to the leaves." Pippi is hard core. They were going to the City Museum but really I could tell Pippi was only doing the museum thing to get closer to Annie and co. Knitting. Once you're in, it's worse than shoes. You just can't stop searching for that new perfect yarn fix. I resisted the urge to tag along. Home to my fledgling songs.