The Louvre on a Sunday in July. PACKED, crazy. OK. We were tired, the throngs made me a little slappy, and so my eye kept being drawn to the corners of paintings, to little side dramas that I found quite entertaining. 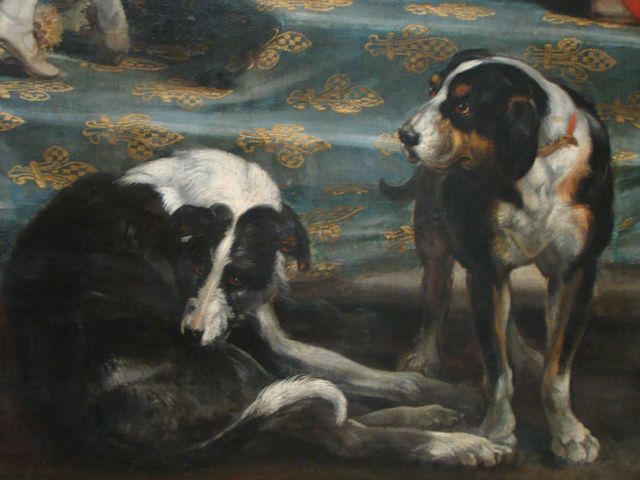 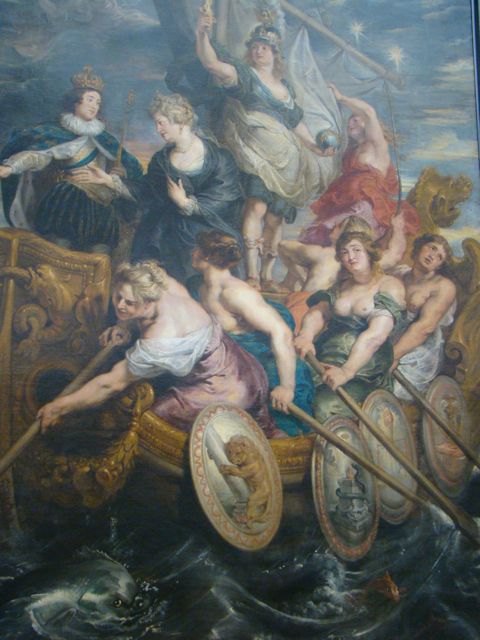 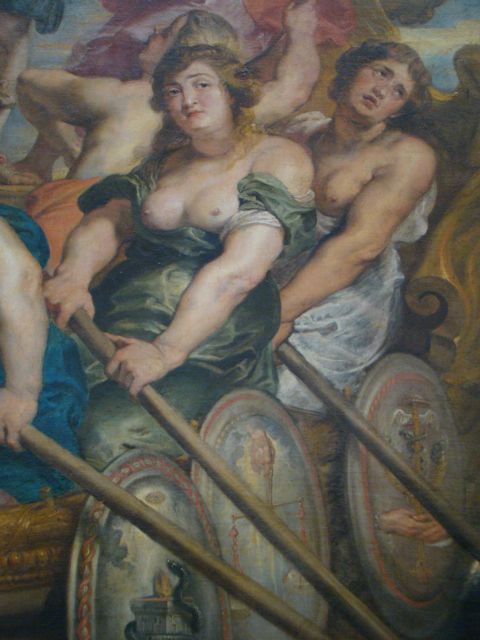 Sarah didn't say we'd have to row AND sing. 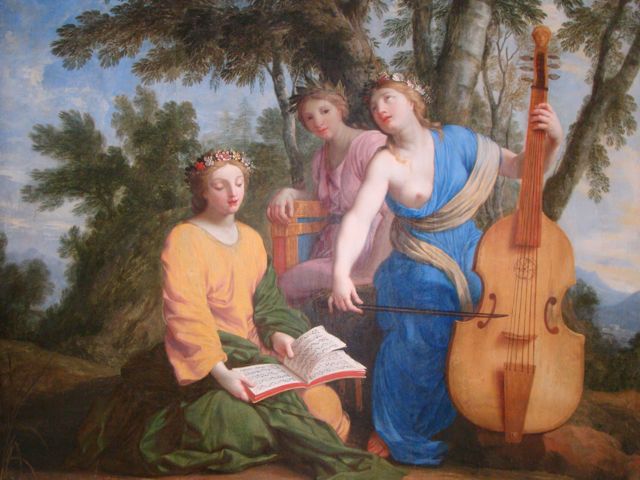 Could someone shut her up? 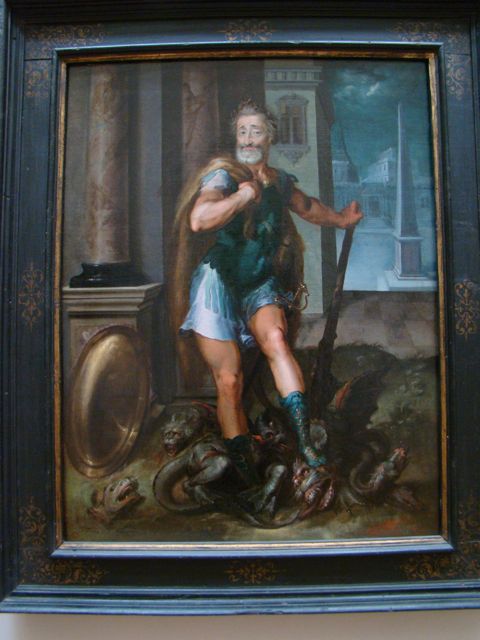 Who is he WEARING? I love those shorts, and the socks are killer. 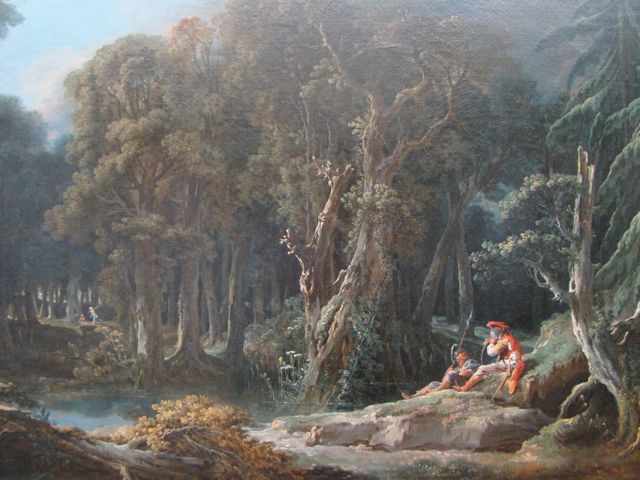 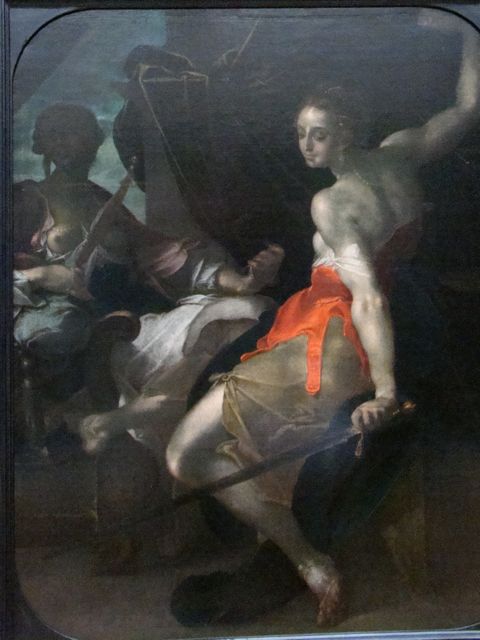 This one really knocked me out. Bartholemew Spranger: "Allegorie de la Justice et de la Prudence." The way he captured that eery moonlight. The red next to the deathly white of her arms. The way she holds the sword. Her partner, so muted except for the moonlight on her breast. 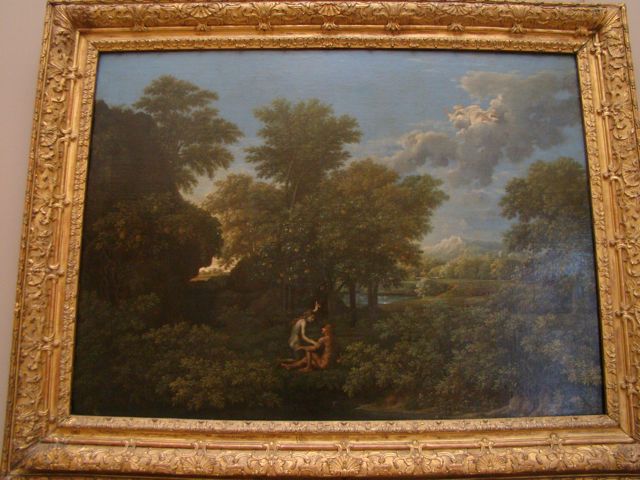 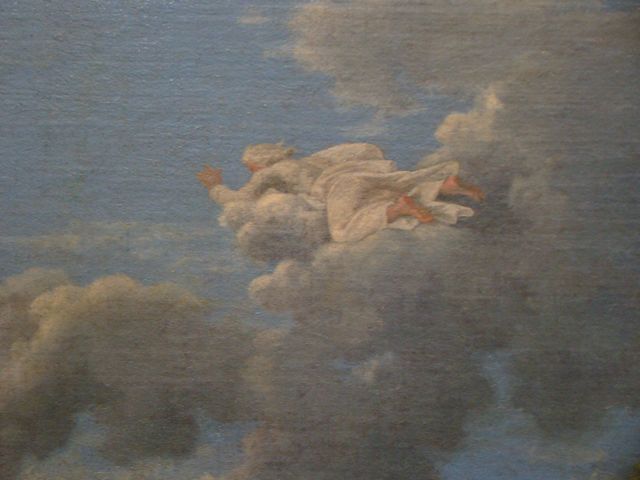 God spying on them like a creepy old man. 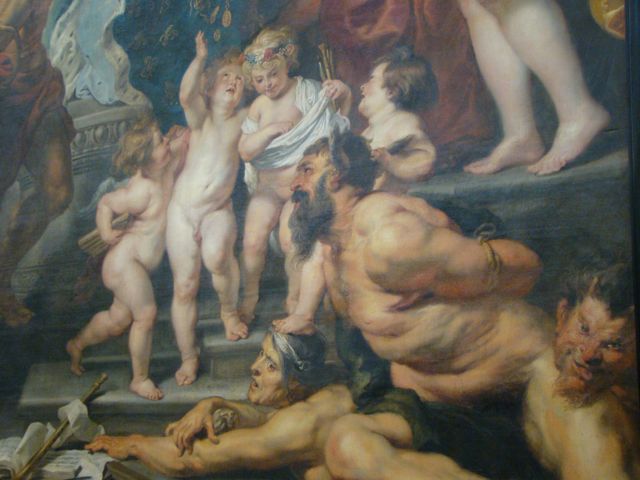 In fact, there were so many creepy old men, and so much breast worship, nipple tweaking, cherubic smugness, and we wonder why the church is such a mess. 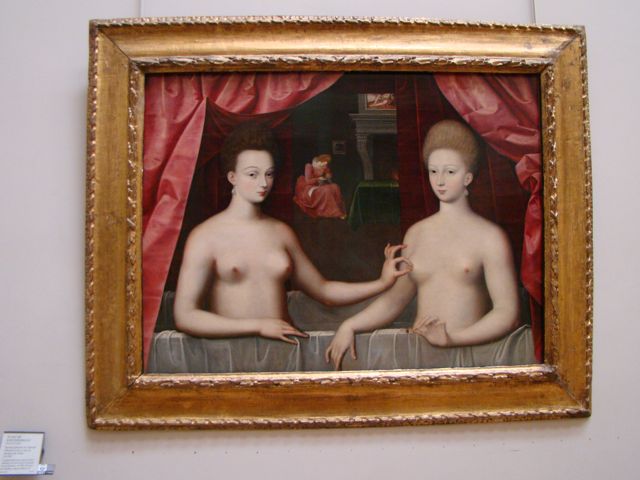 These two are sisters apparently conferring about maternity. 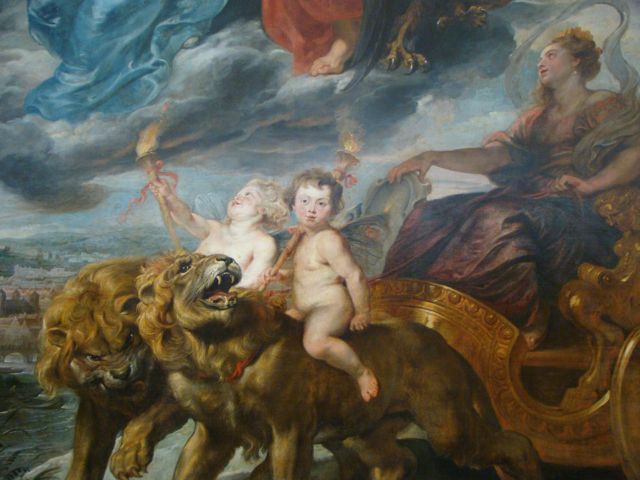 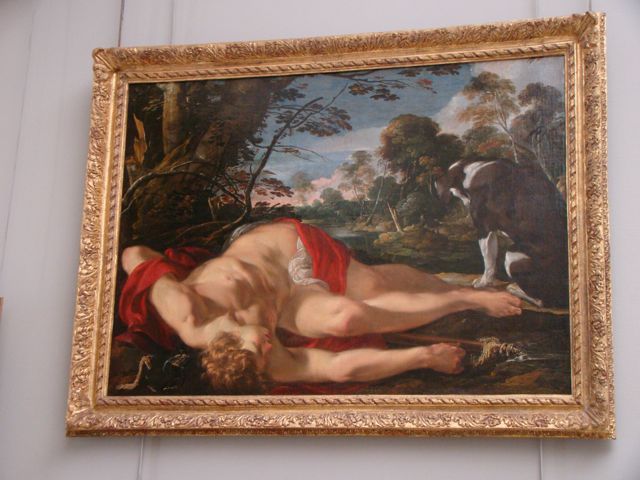 I loved this one too. Unusual apparently for Adonis to be depicted slain, perspective really striking.  His trusty pup, keeping watch. 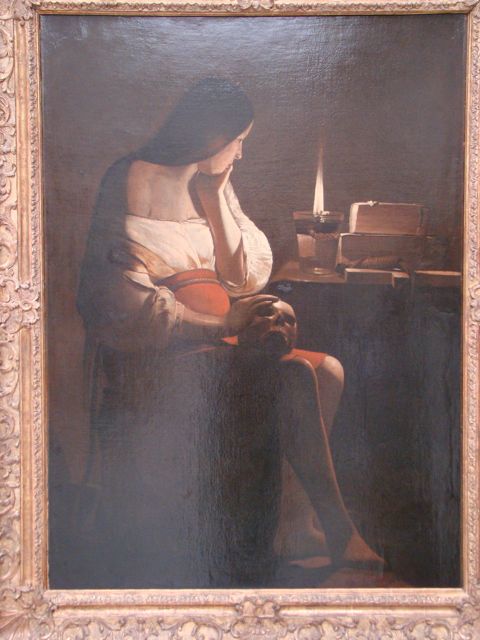 Finally, "La Madeleine a la Veilleuse."  Such a powerful reflection on remorse, repentance,  'les ephemeres' the things of the flesh so fleeting. The human and divine comedies.