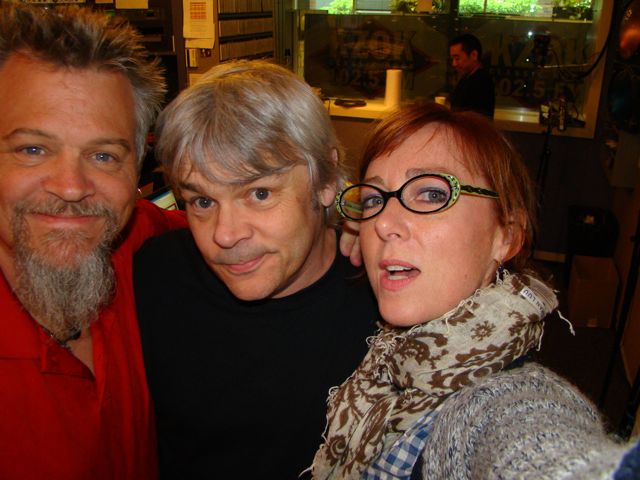 Spike O'Neill, Bob Rivers and me.

Boy were these guys fun. It was just yesterday morning, but I miss them already. We talked about Miley Cyrus's sudden uber skankiness and whether moms should forbid their twelve year olds from viewing her pole dancing capers. We talked about "push gifts" WHAT? We beat Al Gore's predicament to death....I think I should sing on more talk radio shows. Thank you Bob Rivers!  (you can see the performance at their link)

Yesterday was a beautiful but LONG drive from Seattle to Roseburg. Thank goodness we had the night off. Ummm, and just in case you didn't know? KEEP RIGHT EXCEPT TO PASS. I mean for goodness sake, there were a lot of really frustrating left lane hoggers. Sheesh.

We stopped for pizza somewhere along the way... 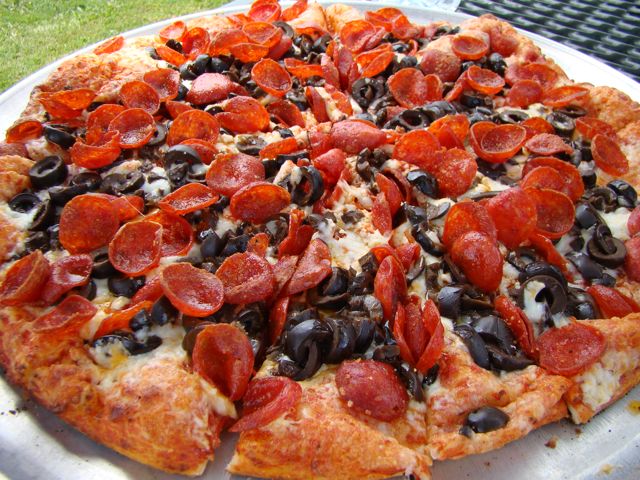 And thank god we still had some of those ridiculously melt-in-your-mouth good truffles to keep us moving. 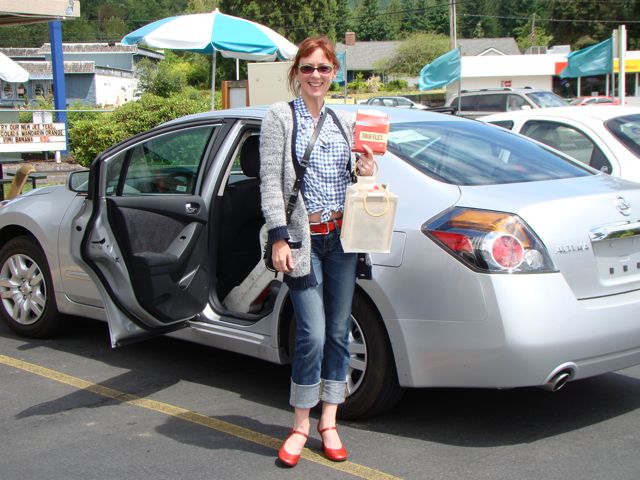 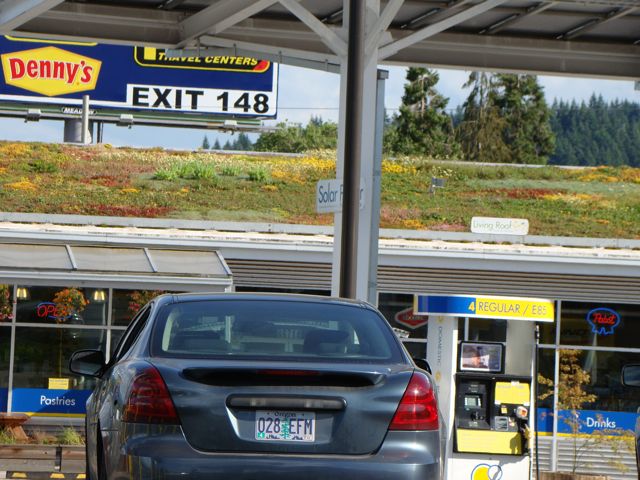 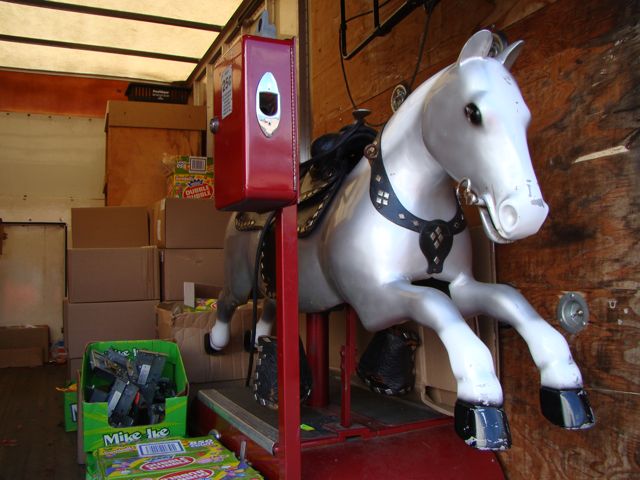 And when we finally got to our hotel? The coolest lovingest hippies ever were just arriving too. We had to take pictures with their love bug. They said it took them 12 hours from sacramento because they had to stop so often for photo opps! They disappeared, exhausted, to their room before I could bother them again! 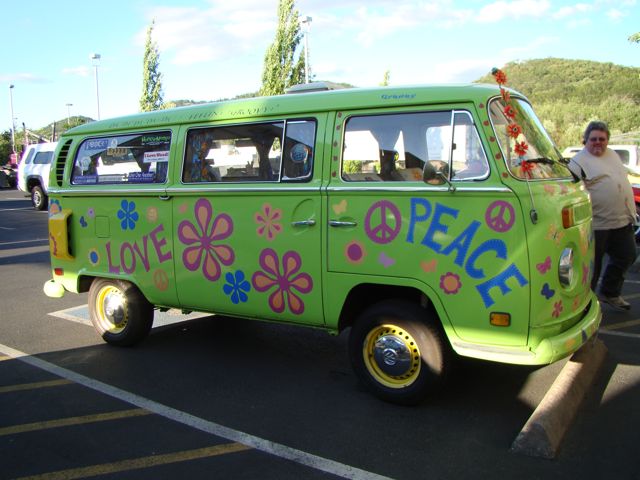 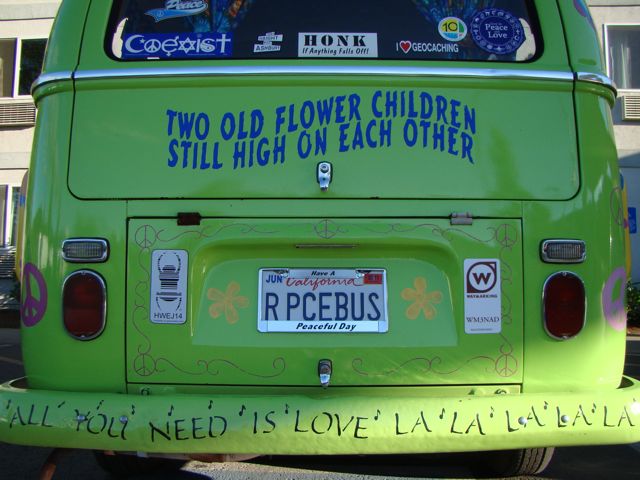 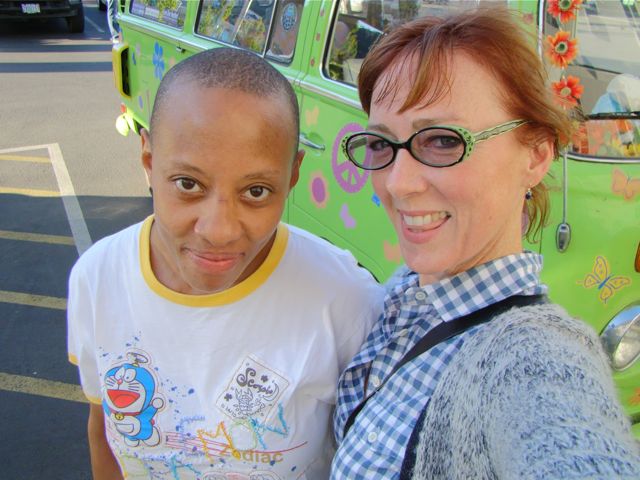 Gail decided right then and there, that's what she wants to do. Just get in a love bug and go.

Later last night, we ended up at Lowe's. Always a great after dinner option. We asked "Dara" if there were any cute things.... she showed us the tool belt aisle. Now you're talking. 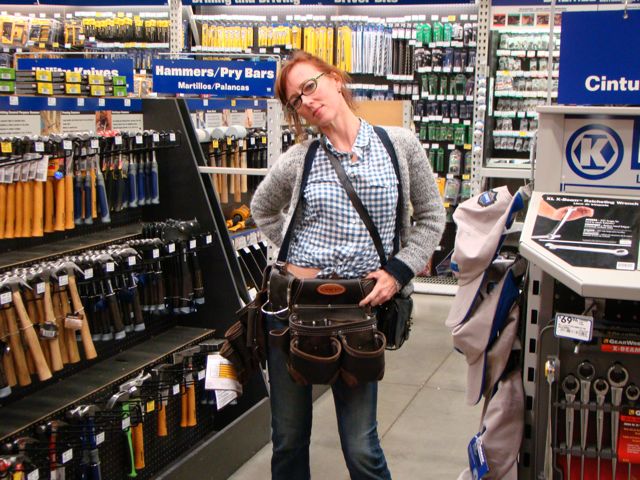 Stewart Park here we come. I'll be on KQEN around noon, and then later we will bring all the love in our hearts and the songs in our spirits to Roseburg, OREGON.