Yesterday, Goffrey and Rich and I left New York City... oh, about an hour and a half late. We were on Delta, not an airline I fly too often. It was one of those 3 and 3 planes. Nowhere to go, nowhere to stretch your legs, no extra room for the flight attendants to chill. So, of course everyone started out cranky. Oh yeah, and the baggage alone cost another $370, and that's with us hauling three guitars along with us to try to get them on the plane for free.

When we got to our first plane, Jessica ("just going by the rules") wouldn't let us bring the guitars on, insisting that they be checked at the gate. Cool, except that our connection in Portland? Looking more and more impossible the later we got. Without guitars in hand? No gig.

The good news is, (we found out later) that somehow we dodged a freak hurricane and an almost tornado in New York City. It did look like a front was a comin' as we labored to get off the ground. At least we DID get off the ground.

Jessica assured us that the pilot himself would run down and grab the guitars so we could run to our next plane to Eugene once we landed in Portland. You see where this is heading. And of course, no one on the plane listened to Jessica when she asked that they might wait for the people with close connections to get off first. We were, of course in the back of the plane.

It was one of those OJ moments that I swear I will never ever go through again each time it happens. We arrived in Portland 10 minutes before our next flight was to leave. The captain did bring one of my guitars up quickly so I just started booking. As you can guess, the connection gate could not have been farther. And my guitar case is a heavy road case. I was cursing, sweating, my wrists aching, fingers numb.

When I got to the gate, the agent told me NO, she had shut the door, she was not going to make the plane late. I started begging, cursing, shrieking, begging again, telling her my guys were right behind me, they were right there, we were HERE. We had a GIG!!!!!!

Somehow Paul, who had flown more leisurely from LA was already on the plane and heard me on the intercom crying to the gate girl. The captain must have heard me too, as he stepped out of the cockpit. Paul told him he couldn't leave without his band. Somehow, he didn't get arrested and we got the coolest captain in history. He told the agent to get a life and let us on. They reopened the hold to put our guitars in... he even made them wait for our other luggage to get on, as we still had a 2 1/2 hour drive to Bend once we hit Eugene. No way would our stuff get here for the gig if it wasn't with us when we landed.

All good, right? But no! It gets BETTER.

We've got two rental cars. It's getting dark, so we drive. Our GPS (I call her Jacqueline, because she speaks french to me) insists that we take this road, rte 242. Google maps has it that way too. Of course the only caveat:

THIS ROAD MAY BE SEASONALLY CLOSED 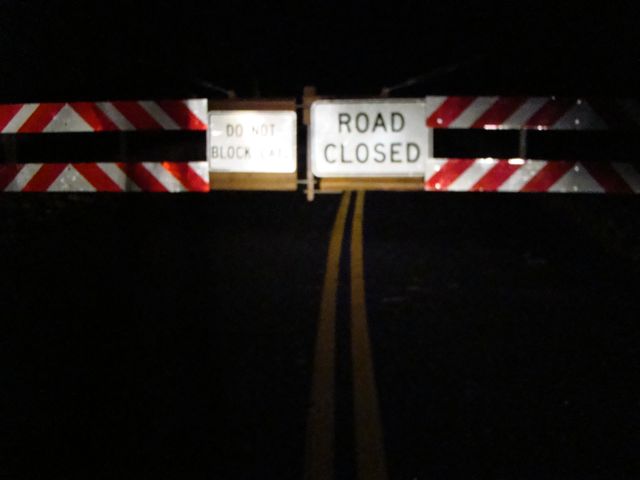 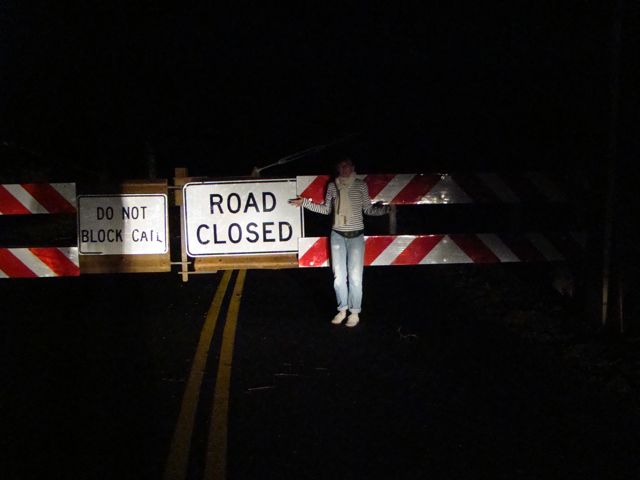 We were stunned. Exhausted, PISSED. And then it got very funny. We sat there for a good ten minutes in disbelief, just staring at the sign. All the way back down, Jacqueline insisted that we make a u-turn every half mile or so. She just would not entertain the idea of an alternate route until we made it back to the 126. And then had 70 some odd more deathly miles to go. Must have been almost 2 when we finally pulled in.

God bless our hotel. God bless the fake fireplace on the tv. 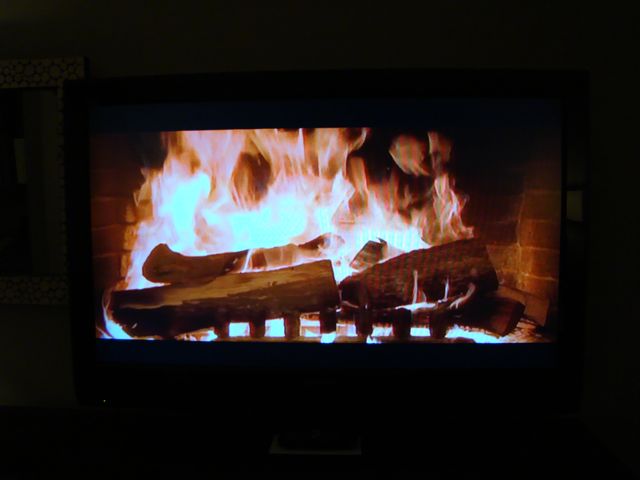 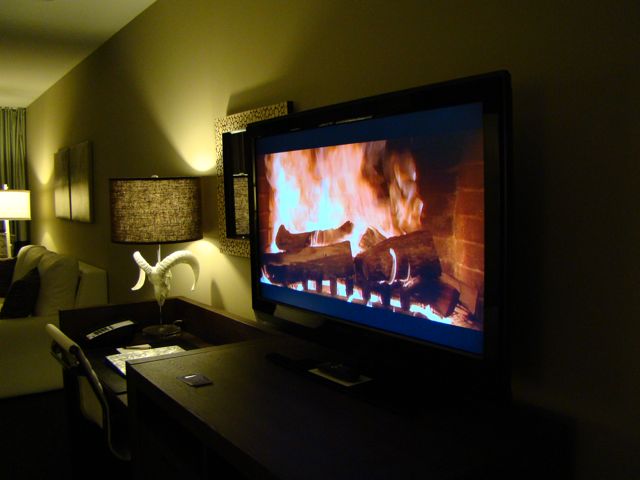