I'm not kidding. I am a chocolate, red wine and coffee snob. I am a pain in the ass about these things. But I have paid my dues by trial and disappointment, hopes dashed again and again. I make no claims to be other than exacting...

Hence, when Jenny at the Arco station said, "Oh no, really, ya gotta go check out the new cafe... the owner's a friend of mine..." I was skeptical, very. 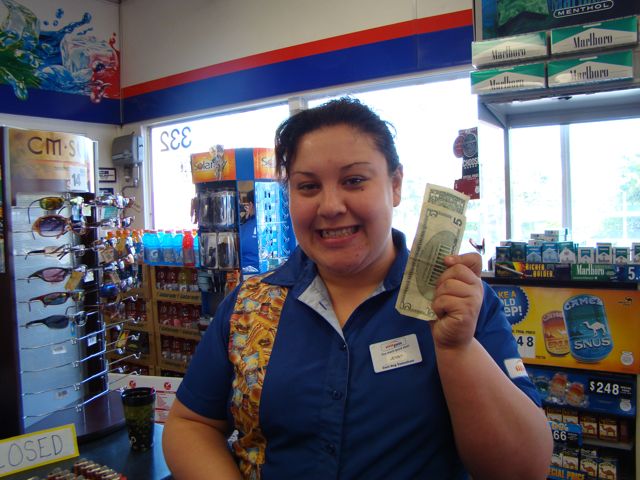 But, I kid you not. "Flying Saucers" yup, on Pico, is the BOMB. The cappucino is sublime. smooth, integrated, they used WHOLE milk, (god bless) and took great pains to make it just to my specs. They have one of those old fashioned Italian machines where you actually do pull the shot through....The croissants and the scones were delicate and oh so fresh. Ryan and Ryan, you make LA good. 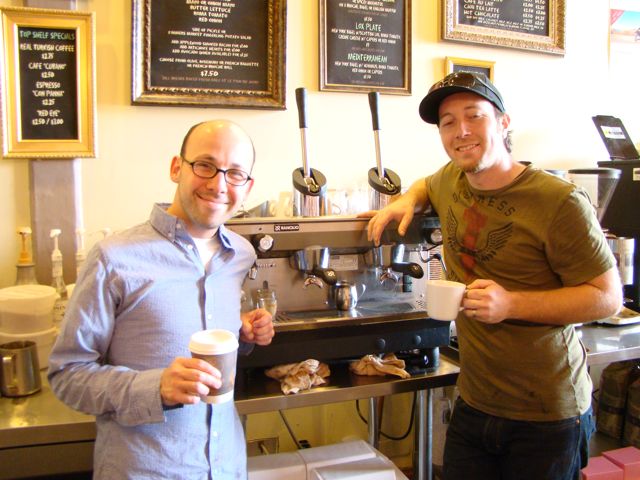 They also have an amazing photography exhibit going on. Jens Lucking is his name. I am in love with his images. I clicked a few just to remember them, but want to encourage the PURCHASE of art.... so go see them, and have a cappucino if you're in the neighborhood. And tell Ryan and Ryan I sent you!

Well, next stop, the T2 show at Universal City Walk Theme Park. My stepdaughter is in the show. So we braved a Saturday crowd to find the Theatre and see the Connors battle the robots. Awesome. (you might also have seen Lily on CSI or in that really funny TARGET commercial for ZIRCAM!)

On the way out, we heard a songbird, a real chick singer songwriter rocking the promenade. I mean that is no easy gig, and she was kicking up the jams. Chelsea Williams is her name. LOVE when that happens. 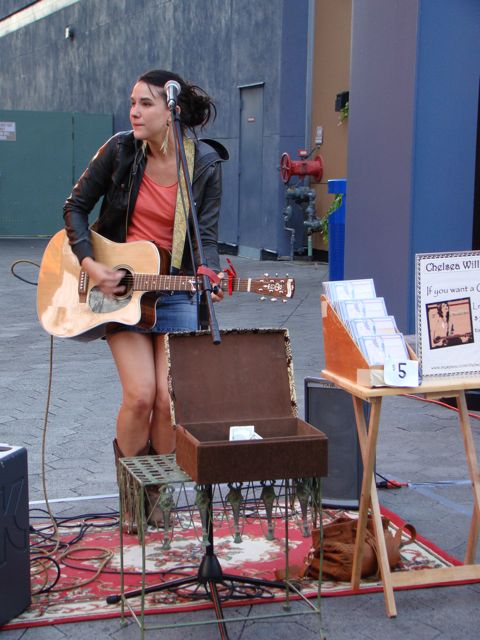 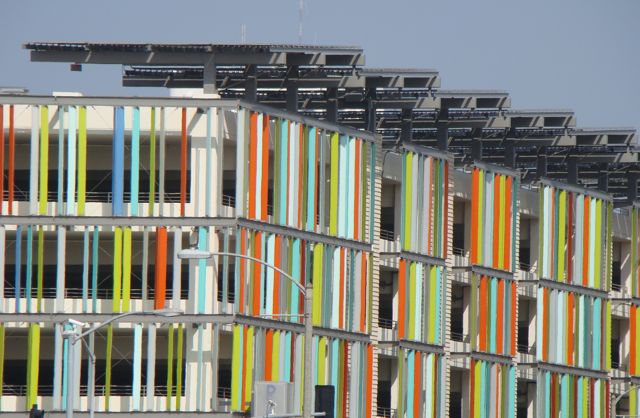 Not far from the cappucino place, there happened to be a vintage crazy trade show.... people walking around in 30's and 40's garb, tattoos peeking out from every seam...even Dita Von Teese was there. I was scowled at when I tried to take a couple pix of some wild hats, so let imagination serve. They even had ballroom dancing lessons outside on the patio. I think I traumatized a young boy when I started adding deep dramatic lunges and scissor kicks to our Tango. Only in LA. 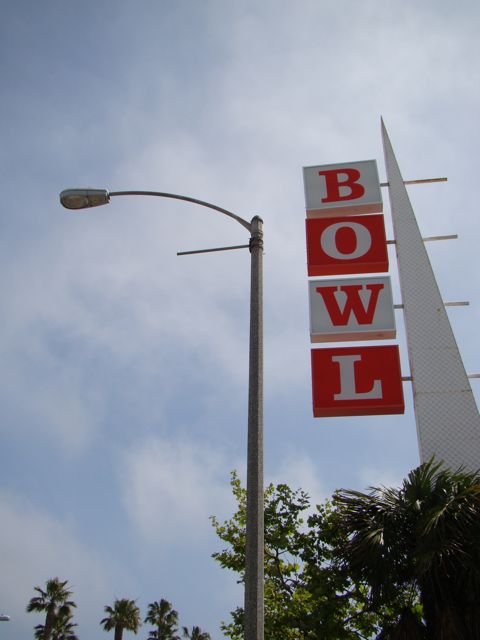 On the road again later this week. Come on DOWN.