journal
PANTS ON THE GROUND, Bucks on my feet.

On the flight to Philly from Denver, I sat next to a 13 year old boy from the Jersey shore. He'd never heard of the "Stone Pony" or Asbury Park. He knew all about Jack Johnson and American Idol.

"You've never heard of 'pants on the ground?'" He was incredulous. "Even Brett Favre did it."

I asked him how 7th grade was. Whether there were still those cliquey, icky girls. He said, yeah, they won't even be seen at school unless they're wearing Abercrombie and Fitch. And the boys are all about Polo. He showed me a cool little video of him snowboarding, a little jump, a little  air... he'd just been in Steamboat Springs, Colorado for spring break.

I showed him my brand new bucks from.... POLO. How 'bout that, I said. Stylin' like seventh grade.

It was such a great look through a lovely different set of eyes. I didn't get his picture, but he wanted to be sure my next song was about him. Eric. Thanks for passing the time. 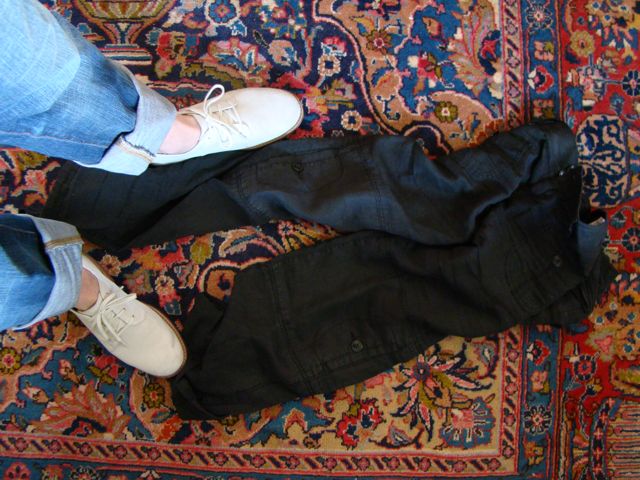 pants on the ground! bucks on my feet.

p.s. Why was the "pants on the ground" guy too old? How 'bout Susan Boyle? (currently one the best selling artists in the world! along with Sade, who has to be close to 50...ummmm) And how old is Simon Cowell?? Who says talent is exclusively 23 years old?? Just Sayin'