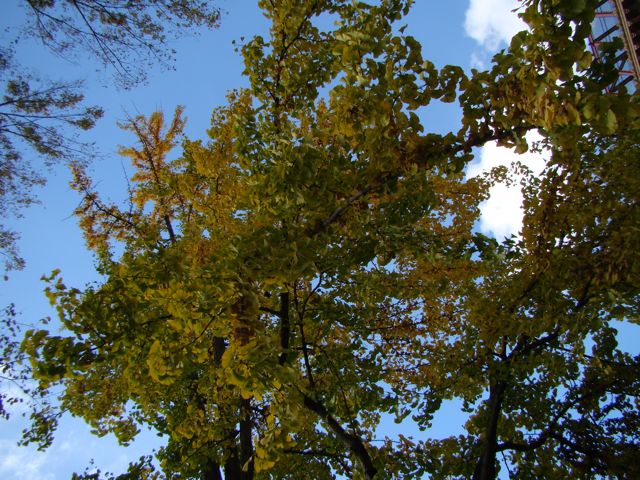 Every fall, a mysterious sweet-sour smell dominates the walk to the subway from my apartment. I may have mentioned it before, but each October/November is a new uncomfortable recognition. They're back. It's the smelly trees. 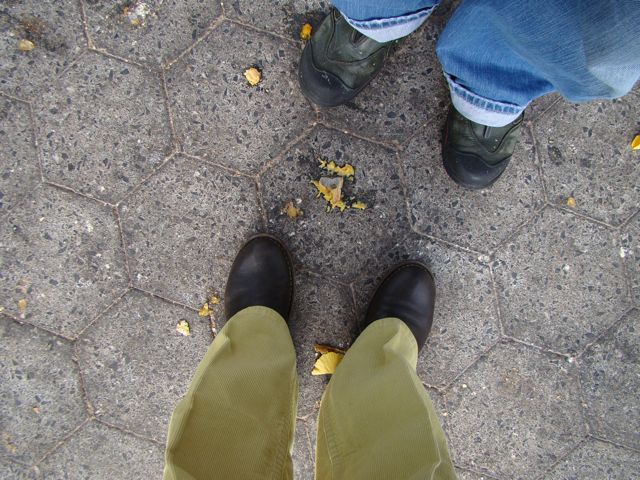 Then we escaped to the village to explore.

We found.... DOGS.... everywhere. In every shop we entered. There was Shmoopy 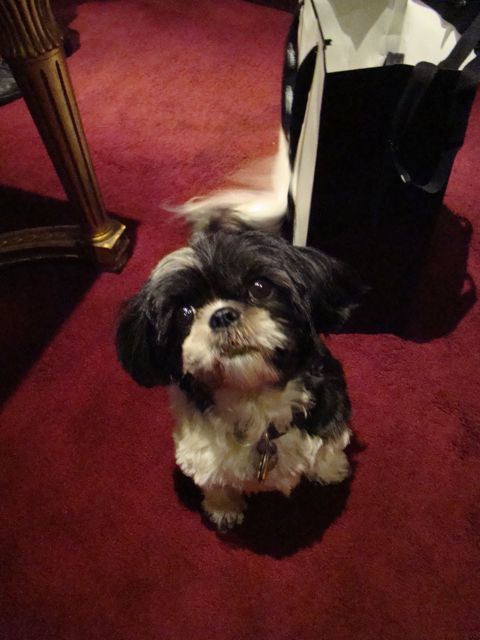 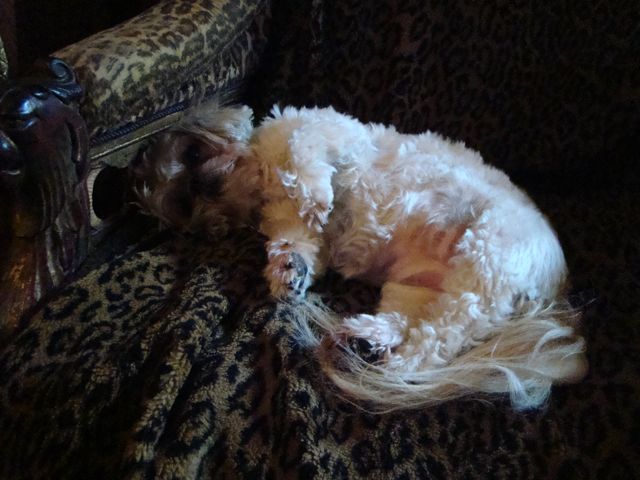 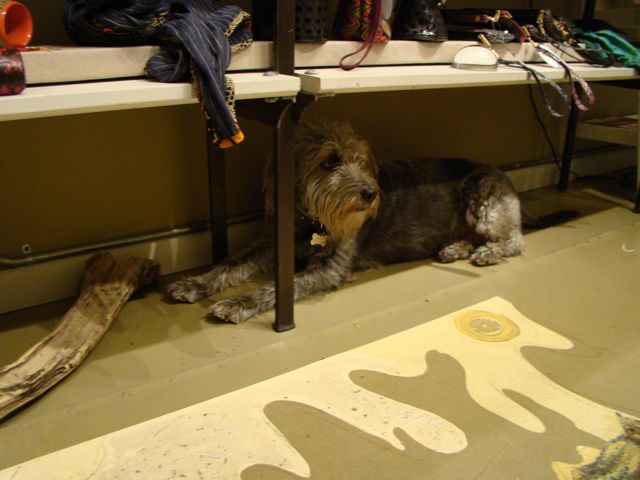 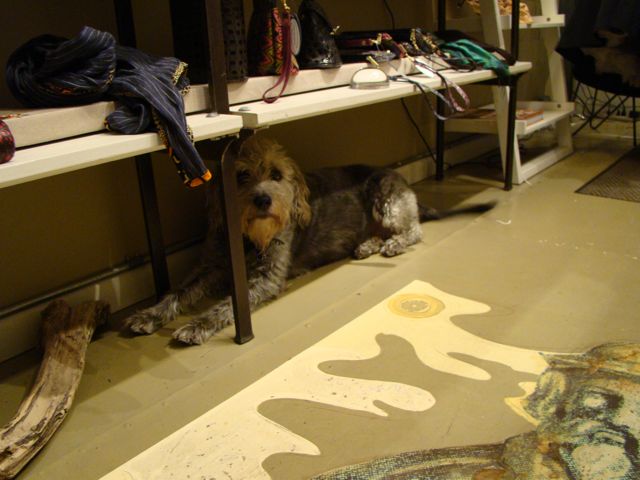 We moved on. A green bicycle to die for 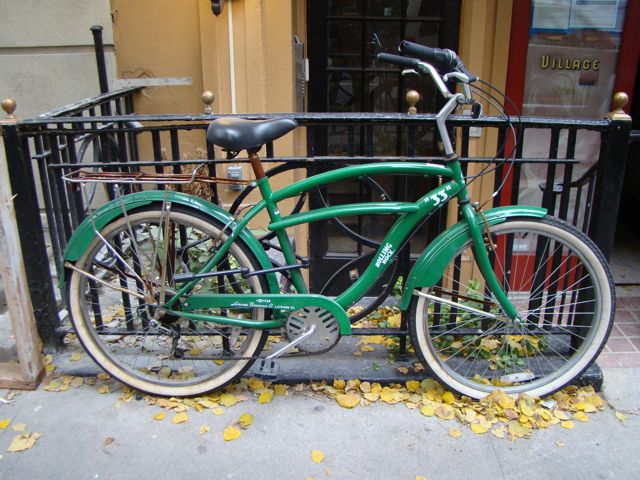 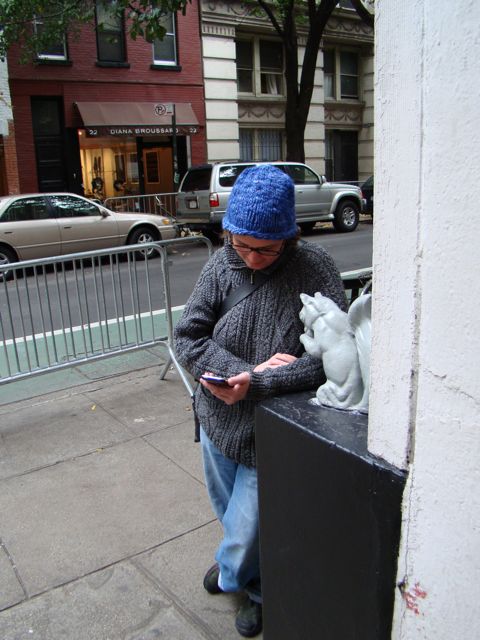 We took some artist shots for her resume 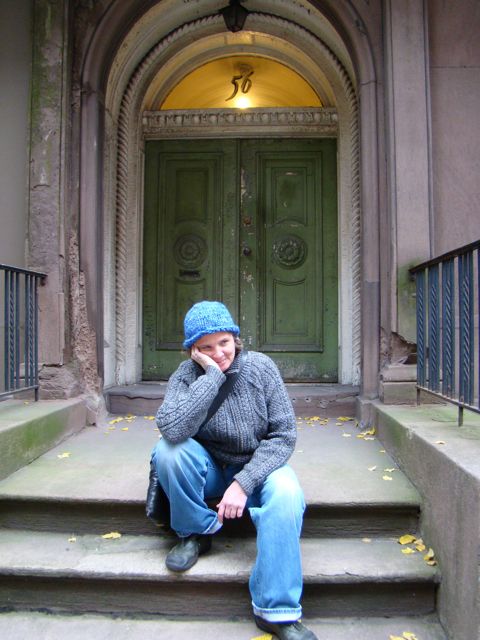 On the way home we saw a guy with a psychedelic leg. 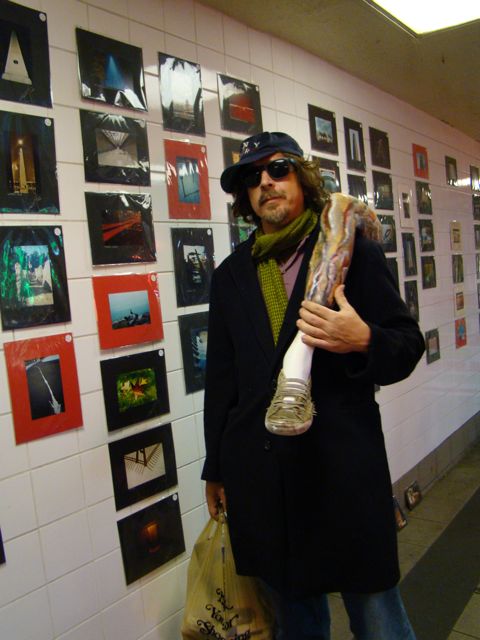 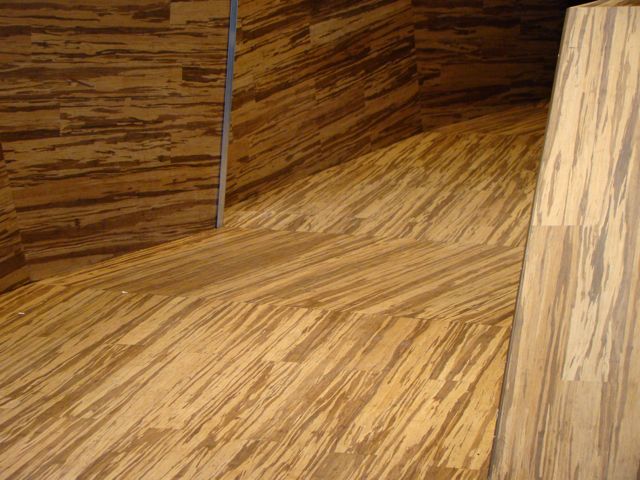 things were getting a little funny, the floor wouldn't stay flat when we went for tea. So we hurried back to the apartment.

Halloween was better than usual. Sometimes we've waited forlornly all night. No one comes to our door. We end up eating most of the candy. But this year. The next door neighbors showed up!! 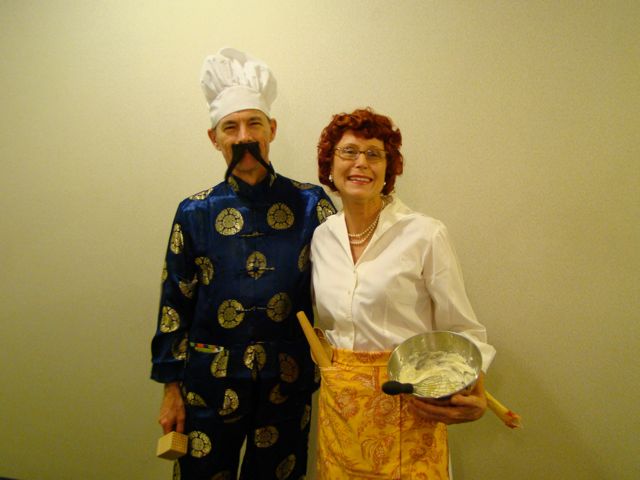 The Cappilinos as Julia and Paul

There were a couple of disco girls in wild neon afro wigs and sequin tights.

And the cutest little monkey. She kept giving ME her candy, and her pacifier, and her hat.... 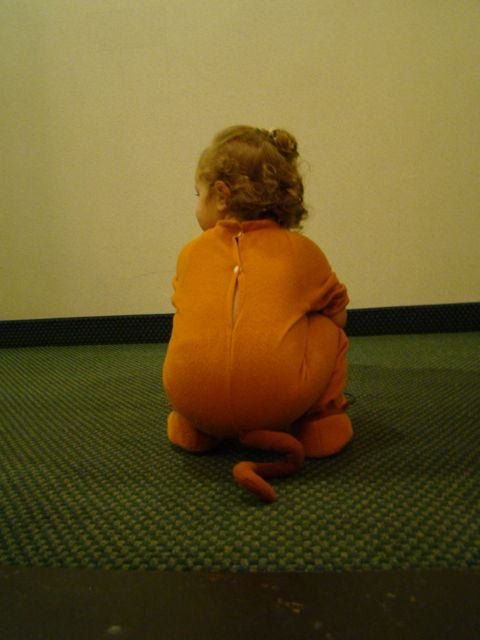 the marathon was fun. I was so happy i didn't have to try to get anywhere. 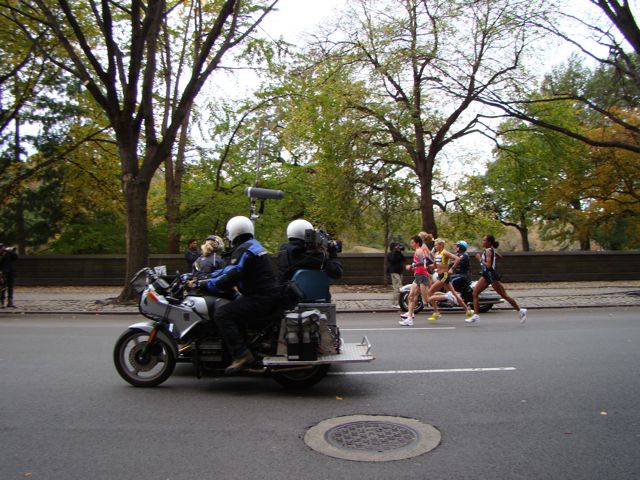 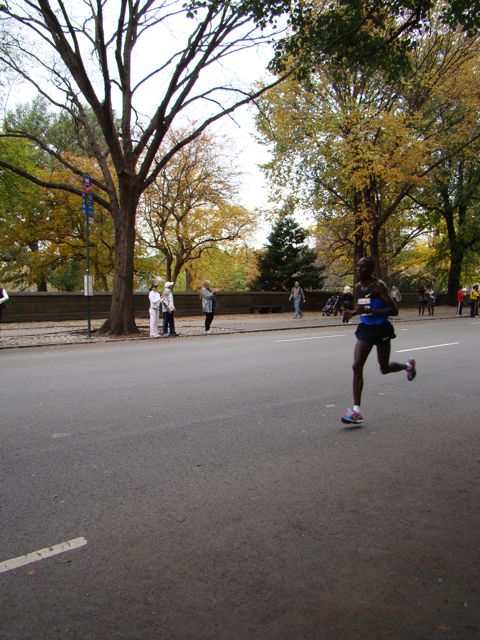 I was walking down fifth as the 5 hour stragglers were coming in. That, for me is the cool part. There are so many people out there just cheering everyone on. They'll yell out whatever name they see and try to propel them down the avenue. I saw one mom and daughter with a huge cardboard sign, "Go DAD, GO!!!!!"

Dad showed up right as I was walking by and stopped to hug them both. Then I overheard him gasping to his wife, "My back is killing me, I'm never fucking doing this AGAIN!"