My friend Sandrine had told me gushingly about this theatre company -- this approach to theatre really, that she insisted I come to see. A woman named Ariane Mnouchkine has been creating epic journeys with her company for almost thirty years now.

We bought tickets early. I always trust Sandrine, she is one of these people with her finger on a very deep pulse. She has a heart bigger than the ocean and embraces the beauty in the tiniest things. She also took the photos here for "The Works."

"Les Ephemeres" is vignettes of very ordinary lives in extraordinary detail, painstakingly, perfectly rendered. Each half of the production runs over three hours long. I could have stayed for three hours more. Some scenes are just tiny slices, some characters and situations keep filling out and coming back, expanding over the entire afternoon and evening.

They ARE ephemeral as they are so ordinary, and yet, these people and lives will probably stay with me forever. I don't remember being so moved by theatre EVER. I was crying from the very first tableau, a circular 'chariot' on which the possessions of a lifetime were painstakingly, carefully placed in the dark. They could just as easily have wheeled the tableau in fully dressed, but no, this was way more powerful, every breath. You could feel the weight of the scene that was coming. A woman is grieving the loss of her mother, and has just decided to sell her house, full of her things, untouched. The look on her face as the lights came up is burned in my memory.

There is a knock, she reluctantly shows a beaming, bouncy new father who comes to see the property... her mother's beloved garden....

We know it's not his problem, he'll never understand what she is feeling. Nor can she remotely comprehend his exuberance. But that's not the point, they are just there, every fibre of heartbreak and joy perfectly calibrated. 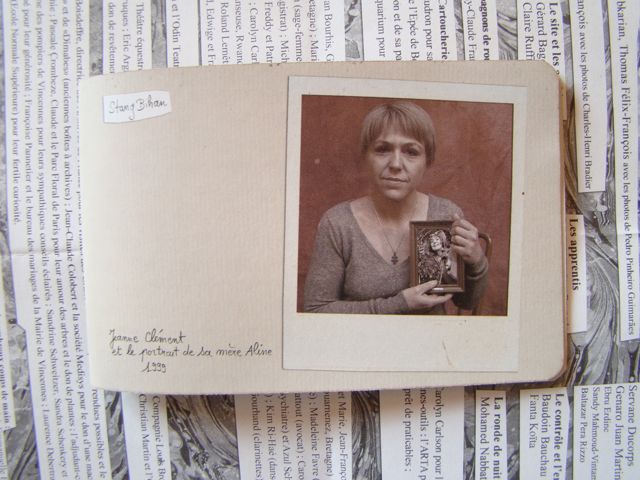 This is just a bad snapshot of the picture in the little program notes album. But this actress (the one in that first scene) was riveting, believable as a ten year old, a ratty teen ager, a crazy, fun, manic mother, and as a devastated 40-something.

But ALL the actors, even the kids, were this nuanced, this disciplined and astounding.

I could write about it for days.... just see this company's work if you ever have the opportunity. 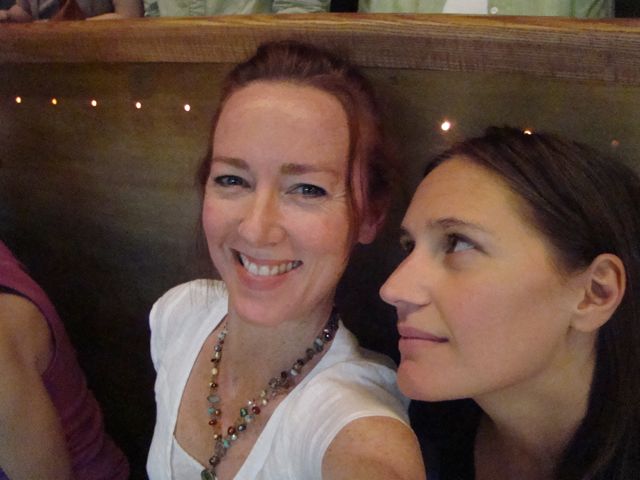 Me and Sandrine, waiting for the second half to begin. 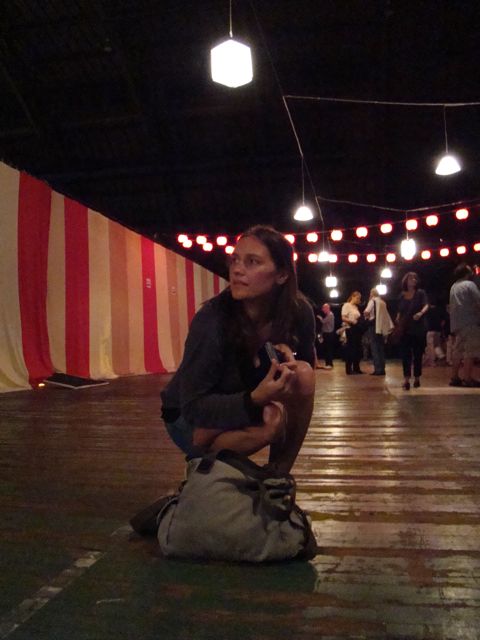 Sandrine, outside the curtains that ring the performance space.

My heart will never be the same.