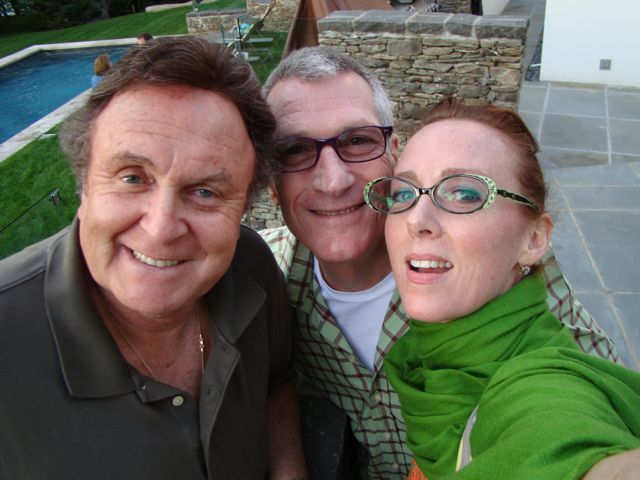 We rented a car on sunday and drove up to the 'burbs' for a little summer barbecue/hang. Kind of nice to get out of the city. We never think of it ourselves unless we get a real invitation. We're home so seldom, that when we do find ourselves here, (ironic but true) we stay home, cook, knit (well, I knit) read. You ask, then why are you in New York City with the rent from hell? OK, we did go see Steve Martin two weeks ago at the Rubin Museum. And we are going to see Davy Knowles tonight. We CAN rally for the cause!

Anyway, we had a blast hanging out with Sheldon Wiener, our hosts daughter's father-in-law. He taught us a great yiddish word that encompassed that relationship, "Machotonista!! Try it, you'll love it, and it's way easier!"  He's a toy salesman, but should really be a record producer. We were cracking up over how we would have made every song that came on, BETTER!

Then, I realized halfway through my burger and corn, how many records from the eternal sountrack of my LIFE, another gentleman sitting next to me had produced:

I've known Russ Titleman for a while now, but it really hit me, when we started singing "You Send Me" in harmony, that I needed to thank him for a couple of things!!

Rickie Lee Jones's first two albums. Ummmm "Last Chance Texaco" is just one sublime creature. There is magic in every one of those takes.

Rufus and Chaka Khan "Live, Stompin' at the Savoy." Absolutely the most important record during my college years. I know you can't hear it in my voice, but I sure tried to sound like Chaka.

And that's just the beginning. 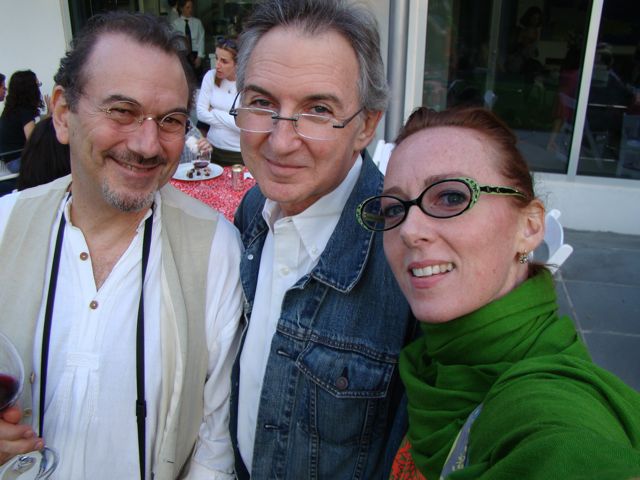 Hugh McCracken, in the middle, where do I start with HIS achievements? He's played guitar for Steely Dan, Roberta Flack, Billy Joel, James Taylor, the list is ridiculous.

So there I was in heaven. Just grateful that I keep finding myself, from time to time, in these circles of creative juju. 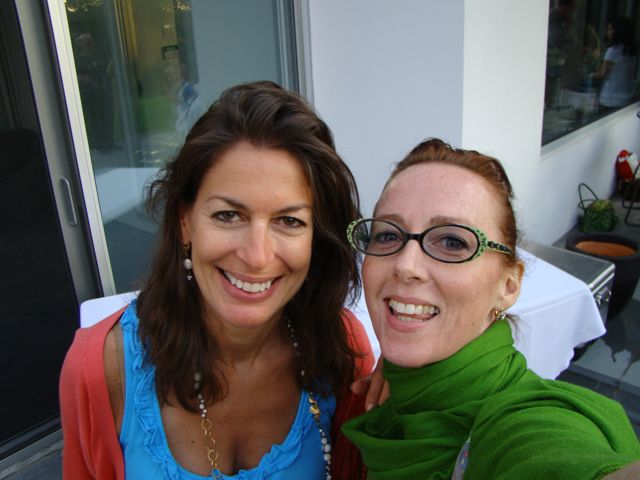 Perhaps the loveliest highlight of the day was running into Lisa Frank. She boldly shepherded my very first records, (Elektra, 1992 thru 94) through their peaks and valleys. We shared exhausting road trips, and triumphant in-stores, silly showcases and too many grips, grins, and keep your head ups!!

Again, every single day, I am grateful to be doing what I do. And to have worked with and know some of the most amazing people/musicians around.

Oh summer. Nice to slow down for a change.

p.s. this just in, my little plum tv appearance streetside at the american hotel in sag harbor: JB PLUMTV