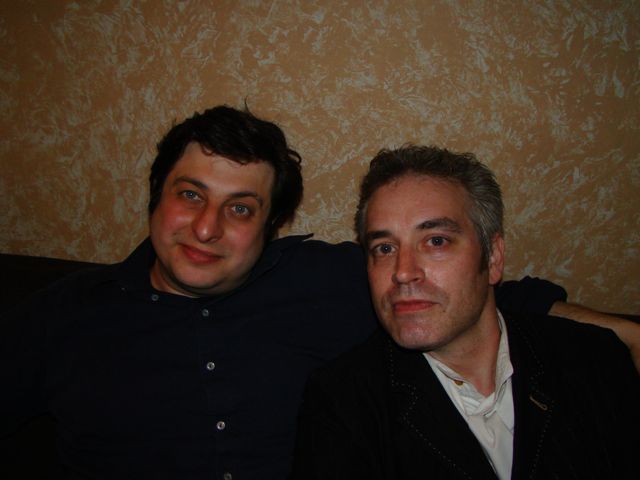 I had the weekend off. Ish. Thursday night, although I had only three notes out of my usual many, I limped through John Wesley Harding and Eugene Mirman's CABINET of WONDERS at the World Cafe Live. Interesting, the Bourbon did help a bit, but not enough to get the high notes. I felt like William Shatner speak-singing my repertoire! It's a really fun evening, and great concept. Catch them on the road if you can.

Then my husband and I swished out to St. Cloud, Minnesota on Friday for his niece Leah's wedding. Lot's of fun. Leah had  forgotten the marriage license, so we were all sitting awkwardly for an hour, waiting for the ceremony to start. The poor pianist and violinist only knew two songs, and played them over and over and over again....

Then, when things finally got rolling, the best man turned the weirdest shade of green and keeled over, right as his brother was saying "I do." Both of them were mortified --the unconscious one for having upstaged his brother's big moment, and the groom because he had a hard time at first interpreting the horror on his bride's face. (His back was to the groomsmen.) 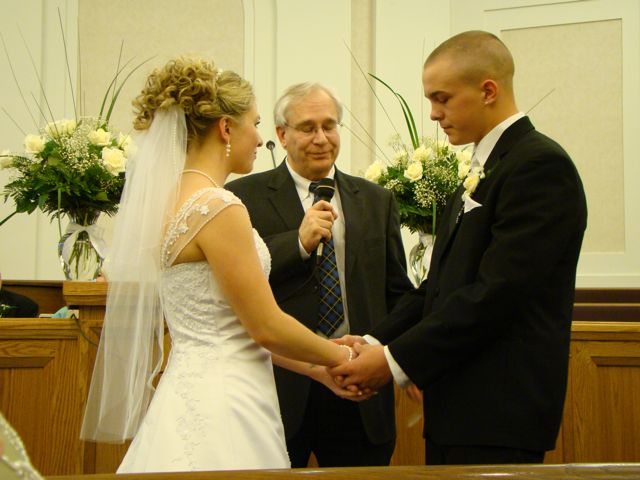 Leah and Bryan, he ships out to Iraq on June 8. Many many prayers.

Well, freshly back from Minnesota, (always nice to see my husband's enormous and ever storied famiily.) we traipsed out to Sag Harbor, NY to ring in the summer. Turns out we got to do a little afternoon impromptu television show on the porch of the American Hotel. Thanks to Alison Chace, "Chewie," and Kendra!! And of course, PLUM tv. 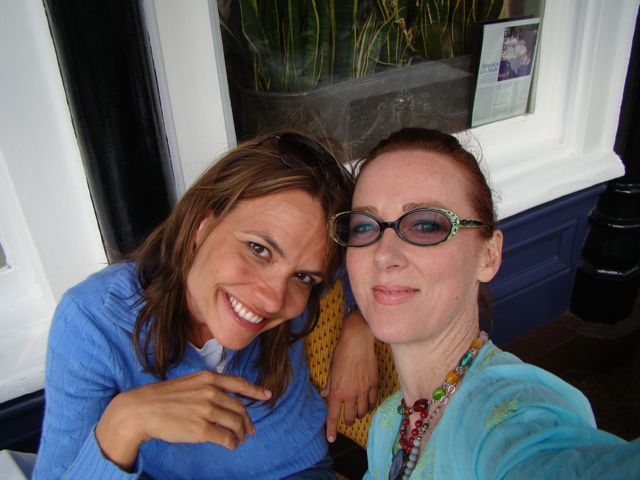 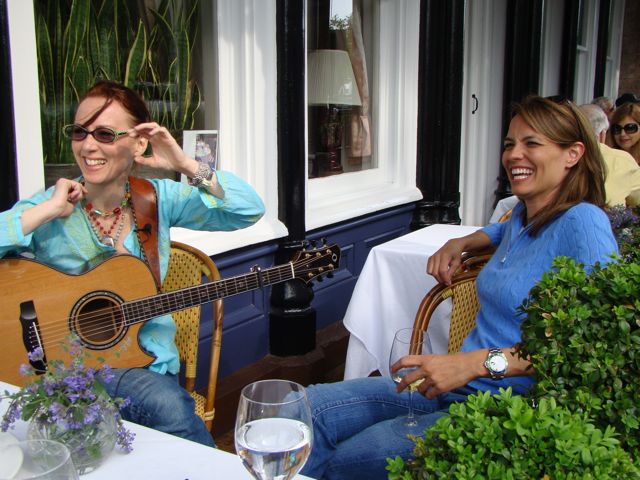 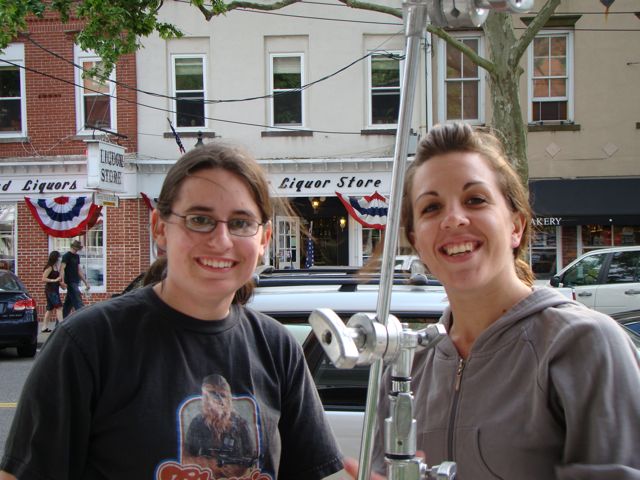 Our fabulous techies, "Chewie" and Kendra. Chewie is a DOLLHOUSE afficionado!

It's always adventurous singing out on the street, Harley Davidsons's roaring by, bystanders whispering, "who the hell is she?" and of course, I had a ridiculous coughing fit when i launched in to the third verse of Linger. The universe was telling me to take a nap. But, ever the "I'm not sleepy" type, the show went on. 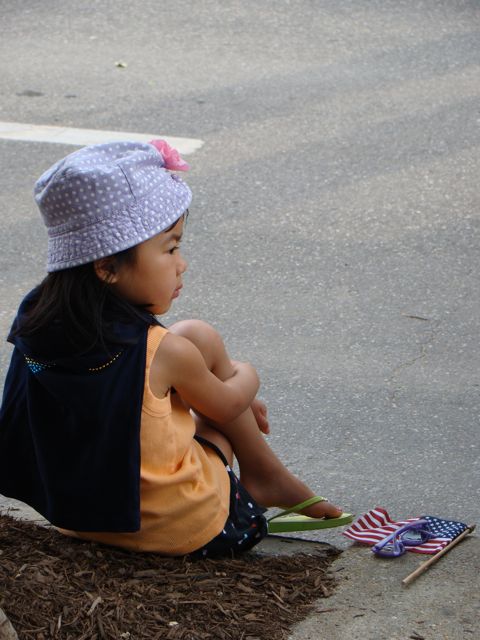 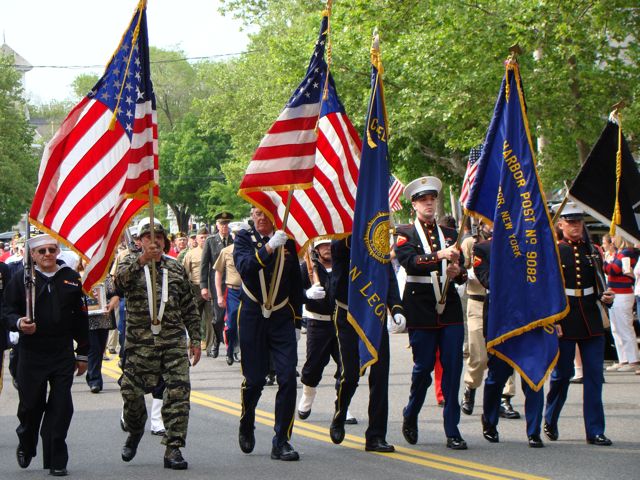 And then, the faces of the people who have served, or are about to.... I wanted to know their stories.... 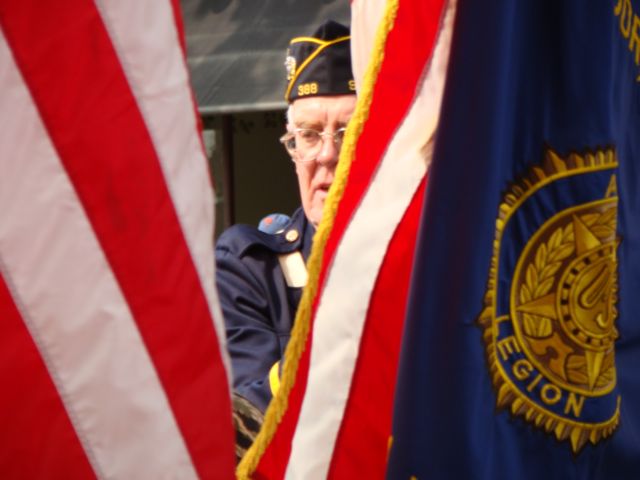 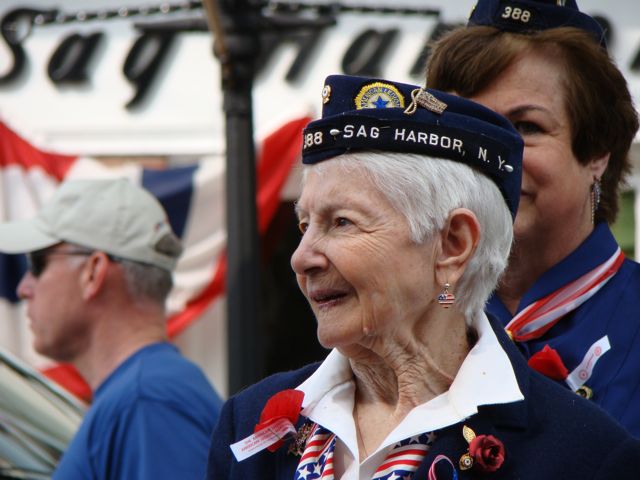 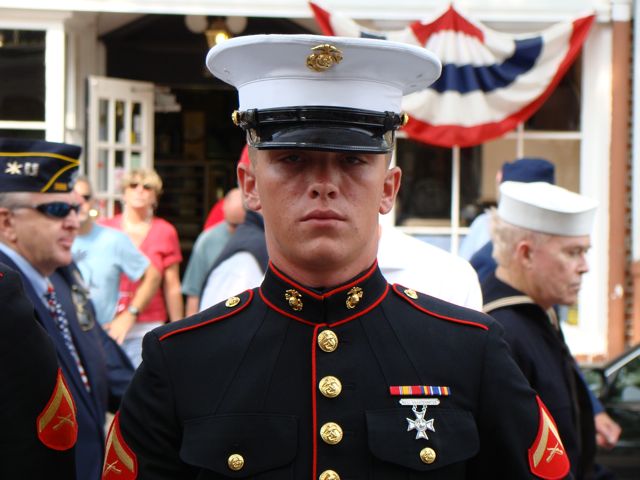 Harry, the gatekeeper at the American Hotel, was pretty unimpressed. 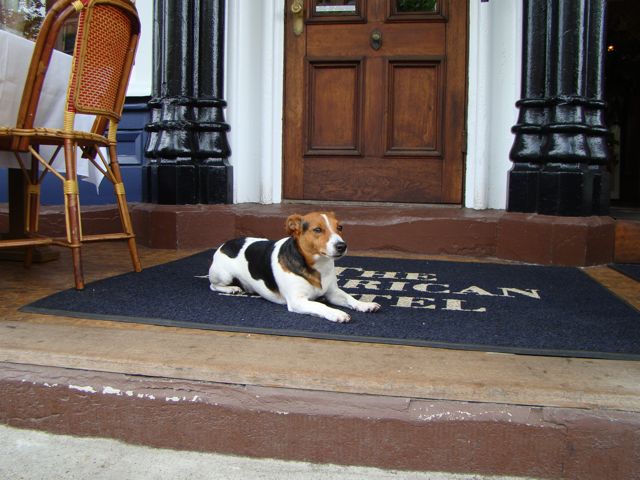 But, I do love a parade. This one was short and sweet. All of about fifteen minutes, as there is only about a block of paradable real estate on main Street! 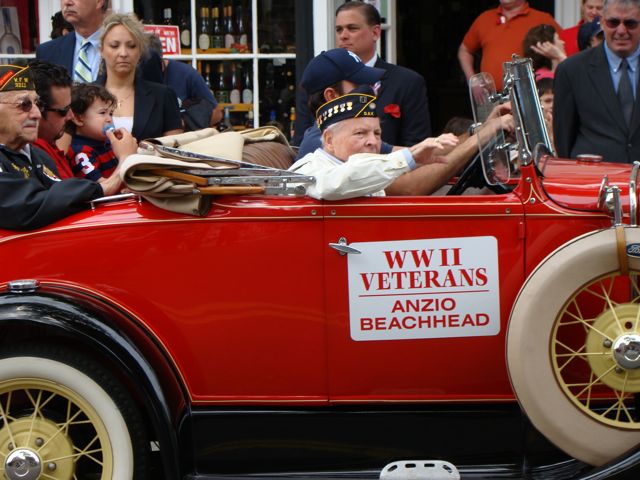 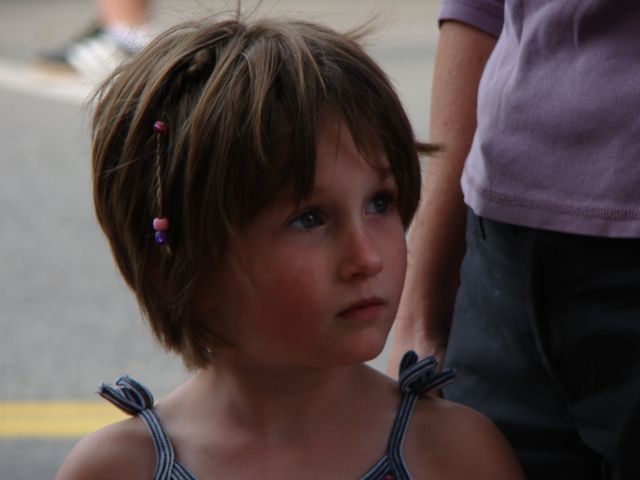 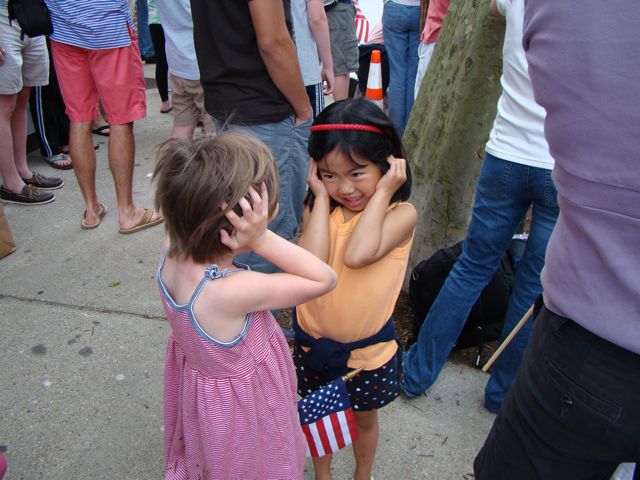 Home again, recovering from our "weekend off."

Davy Knowles and our little single "Taste of Danger" is heating up at radio. Be sure to let your stations know you want to hear it!!