journal
Exchange for the future

My brother Todd is the headmaster of a K through 8 school in the tiny town of Castine, Maine. A few years ago, Todd started researching the long lost connection between Castine, Maine, and it's namesake, St. Castin, in the south west of France. Castine has a very rich and violent history. Back in the 17th century, the town changed hands more times than I can ever remember between the French Dutch, British and Portuguese. There are signs all over town about who took over what and when, and there's still a cannon down at Fort Madison. 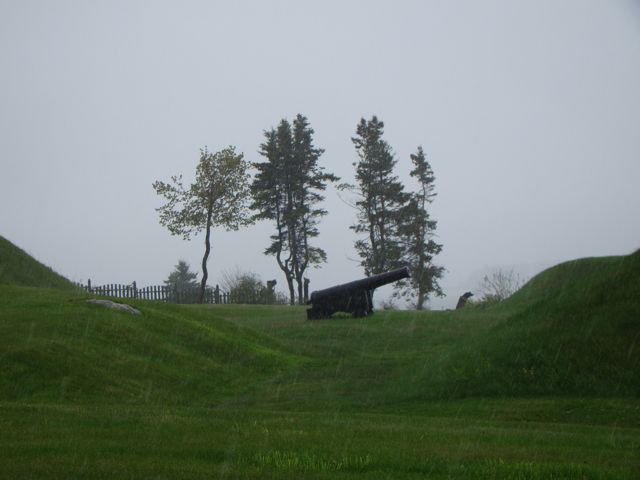 and some ramparts up on Battle Avenue. Apparently the French won out at some point and the Baron of St. Castin actually fell in love with a native American and that may be why the name Castine stuck. There are still Penobscot Indians that are descended from the Baron de St. Castin and his local bride.

Turns out there is a school in St. Castin with an equally adventurous headmaster, a kindred spirit  to my brother. They started corresponding and little by little the kids in both schools also became pen pals. They would send typical things from each town back and forth. The Maine kids sent the school teddy bear, who now resides half the year in France. They sent blueberry jam, and lobster buoys, red sox t-shirts, and maps of the craggy coast. The Maine kids raised money with bake sales and chore drives and anything they could muster, and went to France last spring.  In the summer they had a slide show to present their trip to all that had helped it to happen. They showed pictures of the snails they had eaten, the familis who took them in, a trip to the St. Castin soccer stadium, pictures of their sister school.

The French kids got busy last fall and recorded an old French standard about loving America, and sold it all around St. Castin, learned typical dances from the Bearne region and put on performances to raise more dough, and, Voila!  23 french kids and 5 adults arrived in Castine, Maine last Friday night. Mon dieu!

I got to witness some of the fun. One woman from St. Castin who couldn't come, knitted lovely cowls for my sister in law (see journal archives: "Maine, the way life should be") and my two nieces. 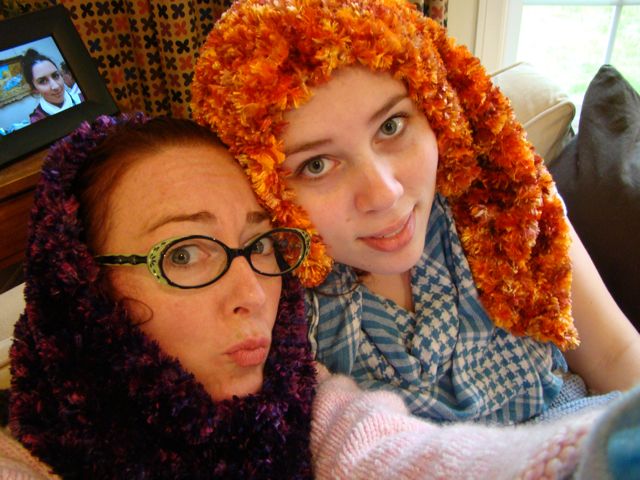 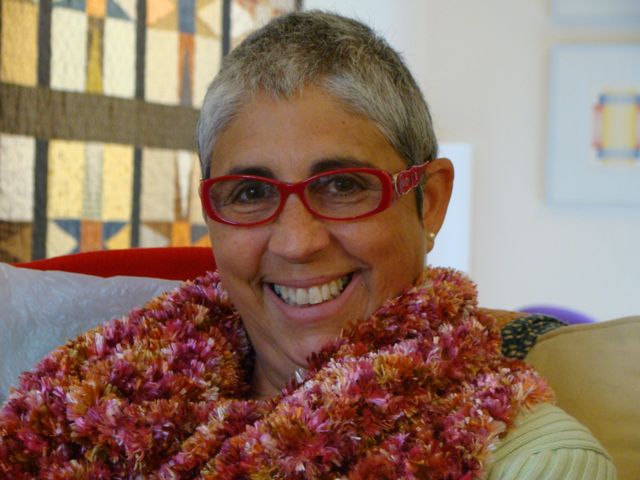 Lesley, my sister in law (and one of her gorgeous quilts in background) 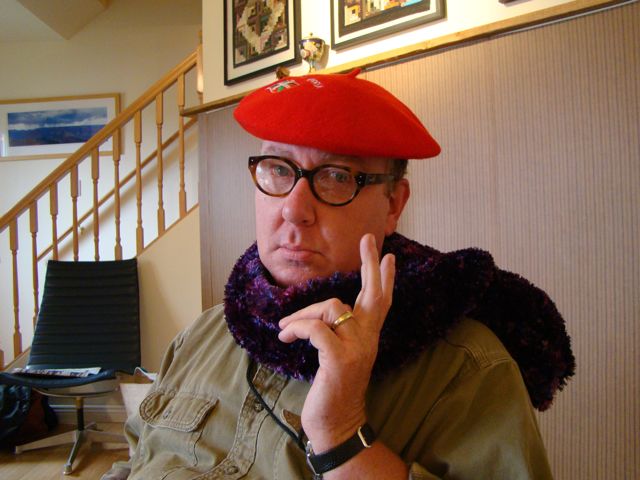 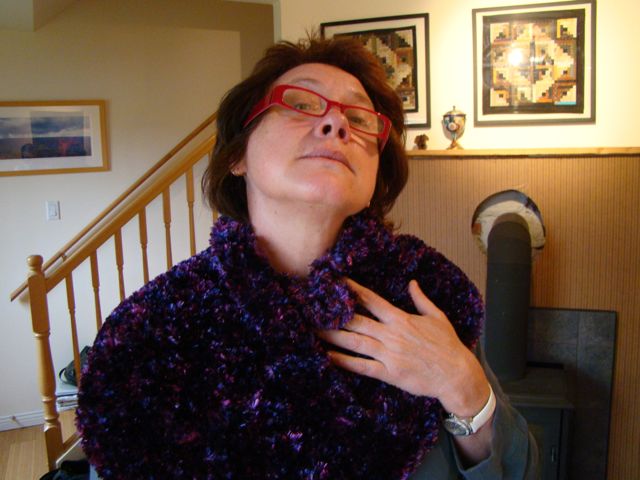 One of the wonderful parents from St. Castin, Maryvonne. 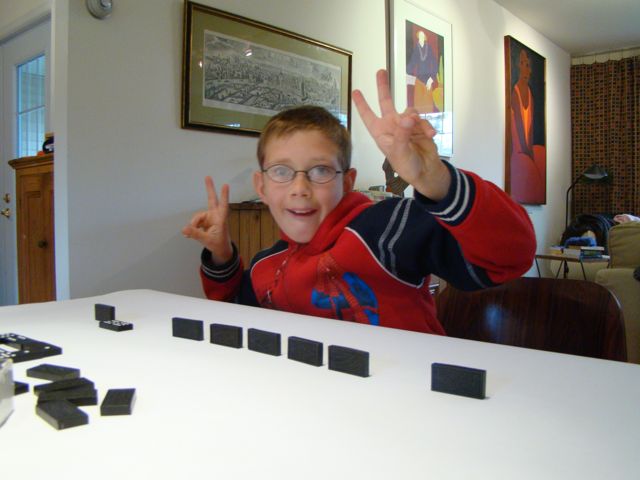 Arnaud, with his Spider Man sweatshirt. He's staying with my brother.

There are little Xeroxed signs all through Castine: "BONJOUR and BIENVENU!" My brother made plans for a whirlwind 6 days. They kids will hike a little bit in Arcadia national park. They'll visit the Maritime academy and take a boat ride out around the tiny islands that dot this coast. Yesterday they went to Bar Harbor to the Indian museum.  Saturday it poured most of the day, so all the kids played dodgeball and capture the flag in the big gym of the Maine Maritime academy in town. 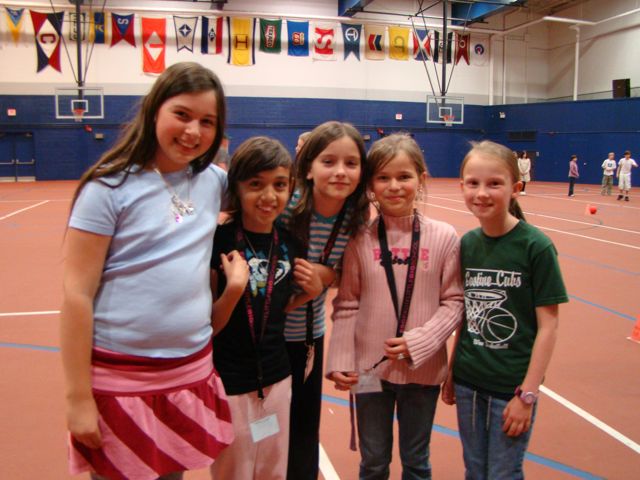 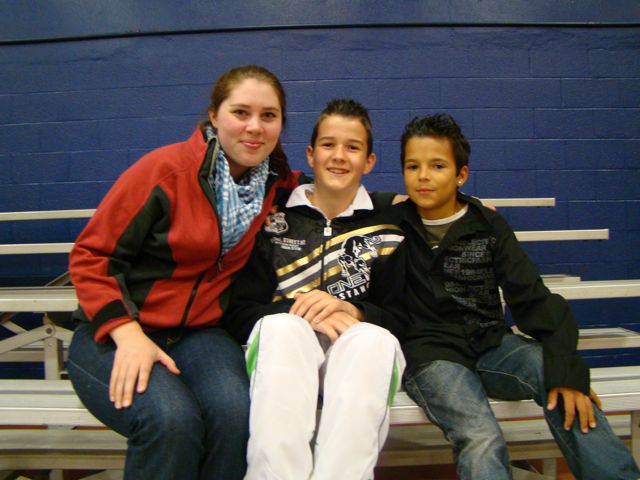 Ariel and her new boyfriends. The french boys were WAY in to hair gel and cologne, and fashion. The Mainers? Not so much!

Saturday night there was a big lobster dinner down at Dennett's Wharf. The cultural liason from St. Castin was there, the french consul Francois Gaultier and his wife Francoise drove up from Boston, and Charles Shay, 85, from the Penobscot tribe, (direct descendant of the Baron of St. Castin, and also a decorated war hero) was there too.

There were speeches, thank yous, tears, and an incredible sense that these small but powerful connections will last a very long time. That these are the stories that change the world in tiny and lovely ways.