journal
A flurry of concerts, oh my!! 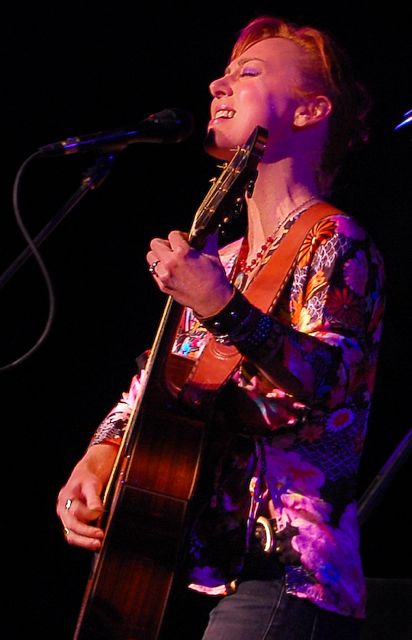 There are some really great gigs coming up. I'm so looking forward to getting back out there and spreading the songs. It's like planting for spring. Always helps nurture new ideas for next records....

For those of you in the city who didn't get to the Rubin Museum gig last time, don't miss it. I have to say it was one of the most profound evenings I've experienced. To be that exposed is daunting (no amplification at all guitar, voice, people) But to mold a set to relate to the art and exhibits going on at the museum forced me, in the best way, to SEE my songs differently, to speak about them differently, to approach the set in an absolutely new way. This was precious and mind-boggling, hard to explain. I made connections with very intricate pathways in my own writing, saw things I had never seen in my own work.

It's on April 15th. You'll feel soooo good, because you'll have finished your taxes too!
For those of you out and about the east coast-ish and Colorado, lots of yummy gigs coming at you too.

Given the immediacy of EVERYTHING, given the relentless assault of facebook updates, twitter idiocies, CNN's urgent cycling of news, the idea of devoting yourself to going to see live music seems that much more powerful to me. It takes slowing down, committing, being present. Opening and staying. As ever, I'm touched and thrilled when I step on stage and there's a juicy, willing audience ready to GO.

Live music is precious, and most importantly, it's one of the only things in my world that is not replacable!! If you're there in the room, you're THERE.

Which leads me to one little thing that I have needed to say for a while....My heart always sinks when I see those little red lights all around these halls. People hide their little recording gismos under coats and scarves, some brazenly videotape right under my nose, paying more attention to their level metres than the SHOW RIGHT IN FRONT OF THEM. In case anyone hasn't heard my opinions on bootlegging, you-tubing etc. here they are. Sorry, but this is how I really FEEL:

I hate feeling like I'm performing for a little camera/phone/doohicky. That this performance is then, like it or not, no matter how I MIGHT HAVE FELT, out in the world.

The joy for me is the rapport with the audience, not some tiny hidden mic. It throws me off, it pisses me off, I start obsessing about every note, which ones I might have sung better. Which chords I might have missed. It sucks.

I always wonder why it's not enough for people just to be there NOW.

There is so little that we control. Yes, existentially, but especially as musicians now that making a living is that much more complicated. As I have said a gazillion times, sadly, the cat's out of the bag, and she won't go back in. But I'm just hoping that LIVE will keep its cool. That there will always be that cache to having been in the ROOM.