Chin up, it's almost spring came out of a very deep conversation with my friend Ronnie about the cruelty of the fact that just when you start to get your own head figured out, your body starts to go haywire. She does push-ups and sit-ups every morning and night to stave off the inevitable. I go to yoga, Physical Therapy, acupuncture, just to keep ahead of all the old dance injuries. Anyway, I digress. 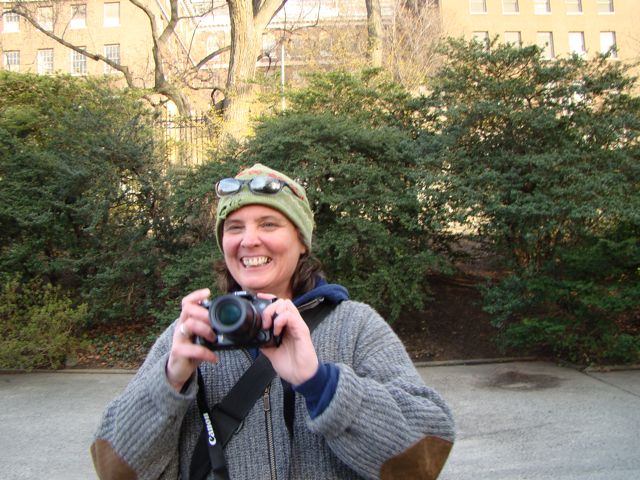 "How're you doing, Ron?"
The response is quintessential Boston. She jerks her chin up, it's like a secret handshake.

Then there's the other deep question we were pondering. Gadget hell. I was trying to update my i-pod before I left for LA. I did it the way I've always done it before, little white cable, connects to the little firewire doohicky on the back of my computer. I had loaded in a bunch of CDs that I really needed to listen to on the plane. Suddenly, like a bad dream, I'm stupid, I have the wrong cable (wrong blue suede clogs) the i-pod won't talk to the computer. I'm not gonna make it... There I was thinking how much I'd get done en route.  NO GO. (this is another reason I knit.) 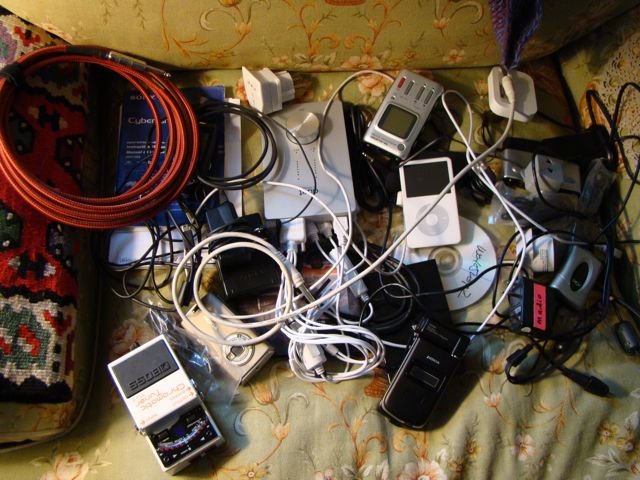 Then there's the million other correllary problems. You have to have power chargers for every gismo. And every gismo has a different one. Then you have to have a different means to get the information from one gismo to another, or to your computer. I.E. my little M-Audio is awesome, but I can't use it without two separate cables and connectors. I-pod the same. Video camera the same, cell phone the same. Computer the same. And what's with the way nothing can run for more than two hours without needing a charge??

Then what about these stupid memory sticks?? Sometimes the memory sticks work fine with just the cable from the camera. Then sometimes they just won't talk to the computer at all, no matter how many cables and gismo enablers you try. These days even the supercalifragilistic-memory-stick-special-loader-gismo has lost its mojo.

I will admit, there is something electronically challenged and challenging about me. I must have been struck by lightning as a kid and blocked it out. Or there was the time I stuck my finger in an old socket at Suzy Patnode's house and got thrown across the room. I never told anyone because I was so scared and right then, her grandma, who was drunk, started throwing pots and pans at us, so we were just trying to get out of there.

Anyway, I have been known to walk into rooms and crash computers just like that. My I-pod only works every third day. I'm not even allowed near the tv clicker.  Sure enough, by the time I got to LA Sunday, my hard drive was completely useless. (MY MASTER HARD DRIVE WITH EVERYTHING ON IT.)

Anyone who knows me can confirm my affliction. It's pretty ridiculous, and it just needs to stop! I need a reprieve. I'm turning into Andy Rooney on 60 minutes. Can't we all just get along?

OK, so after the technical drama, LA was a gas. I turned "Taste of Danger" in to a little duet with the ridiculously talented Davy Knowles. 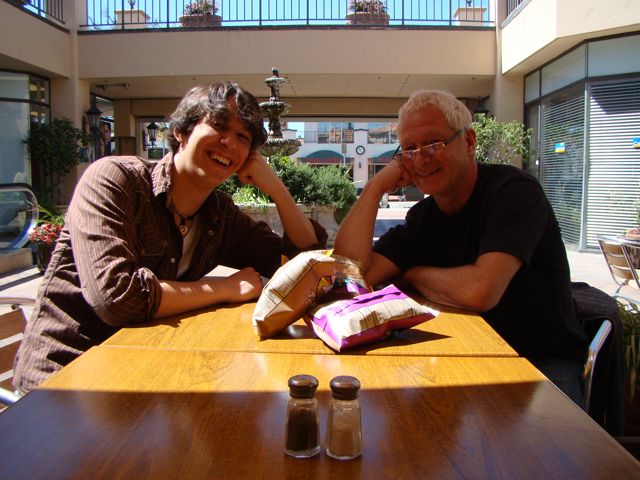 Davy and his manager Bob Miller

He's got a band called Back Door Slam, some serious blues chops and a kickass voice that could melt hard candy. We recorded and mixed  with Bob Clearmountain at the ever beloved MIX THIS. 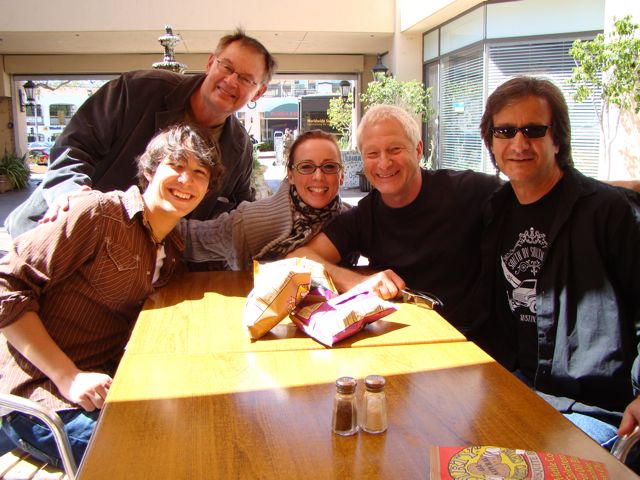 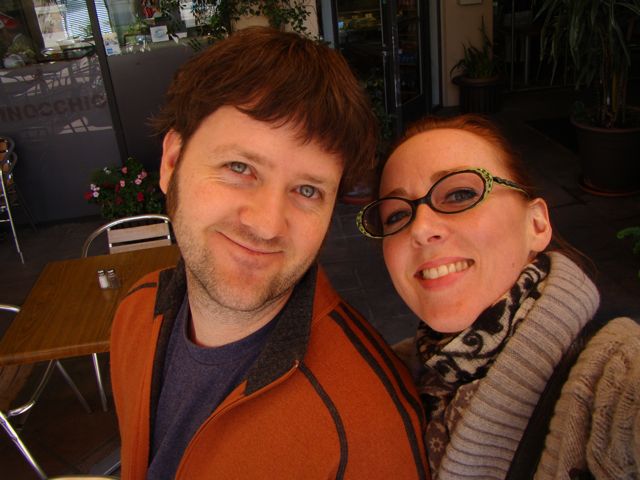 Brandon Duncan was second engineer and kept us all in line. I can't wait for you all to hear this version of the song. It really got turned up to 11. 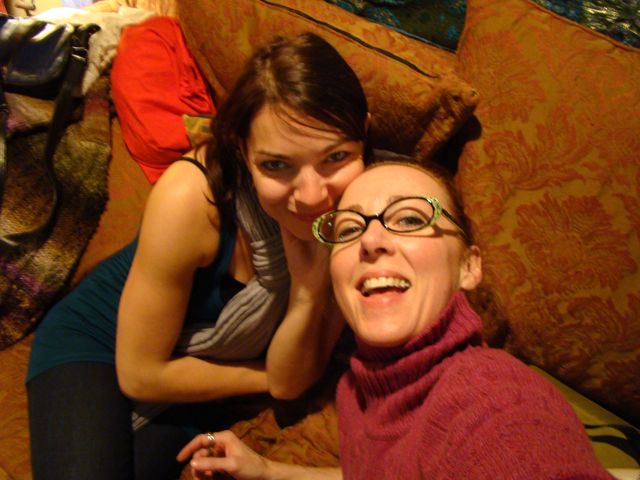 and, once again with the dream team, and GOFFREY MOORE, we recorded a little ditty we wrote together last summer. Absolute ear candy. I'm sure that song will make its way somewhere FAST! 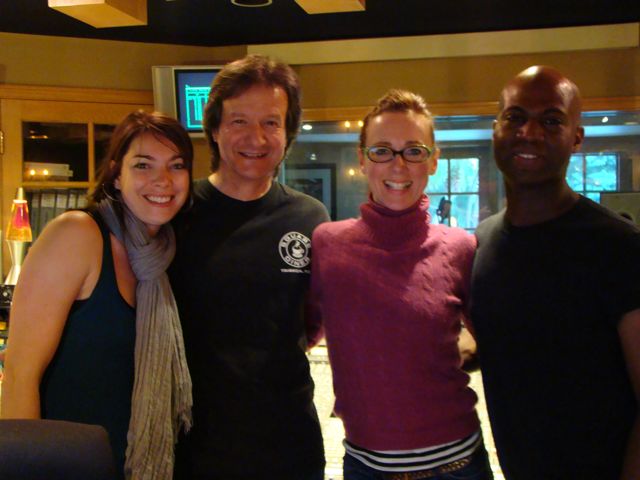 It is kind of exciting not being tied to JUST making records in a heap. On the one hand it's terrifying if that revenue stream is really gone  i.e. that people just don't buy full records any more. But on the other hand, how fun to just record a song at a time and let it wander where it will. It certainly feeds that side of me that refuses to be confined to one sound, or one approach to recording.

In the meantime, I left perfect, sunny heaven, and came home to gray, windy, overcast BLAH. I really am ready for spring. I need some freckles.