journal
Back in the Circus

The Lowry in Manchester was gorgeous, 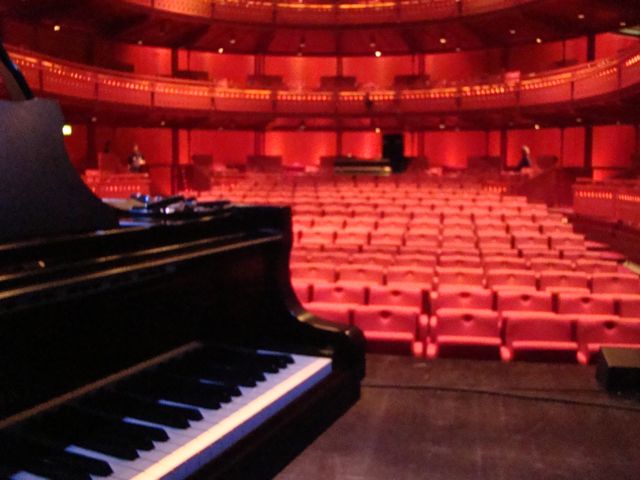 reminiscent of the beauty of "The Sage" at Gateshead. Beasley and his colleague were super helpful. the audience so lovely and rapt. 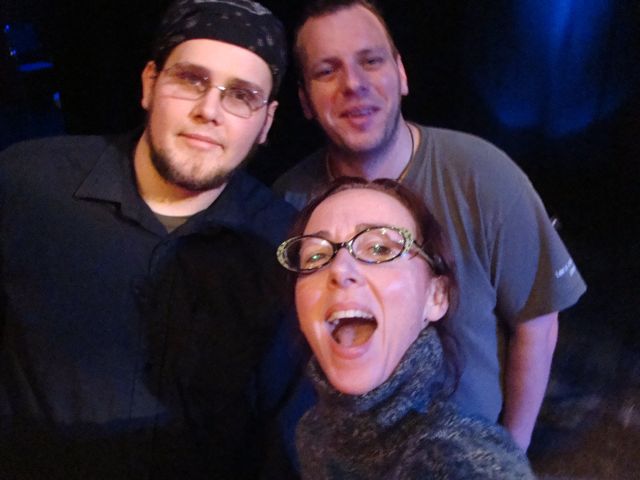 Ok I did get a little carried away the last couple nights about British sinks. But I was a little cranky as I'd not found real coffee en route from Manchester to Aarhus. Well, I didn't have time.
I LOVE Aarhus. Vauxhall was set up with little cafe tables and candles and lovely lighting. So nice to be back. There is always a warm hungry vibe here. Thomas, my trusty Danish knight in shining armor bought a coconut plant Monday afternoon and put it on stage. In lights it looks like a little alien friend. 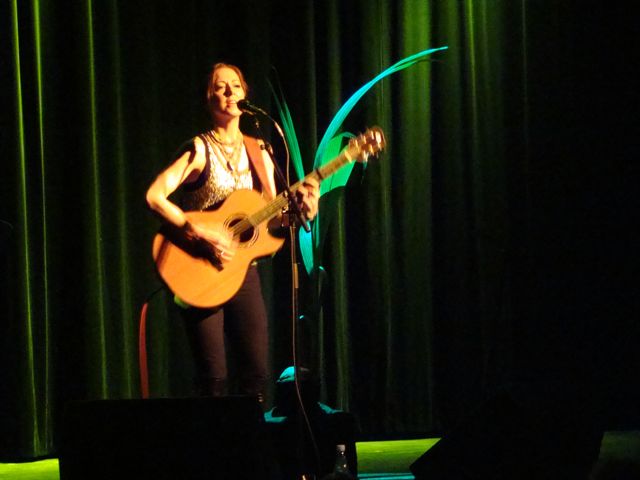 And besides having a new passion for set design, Thomas takes great pictures. And here I thought he was just a road technician. 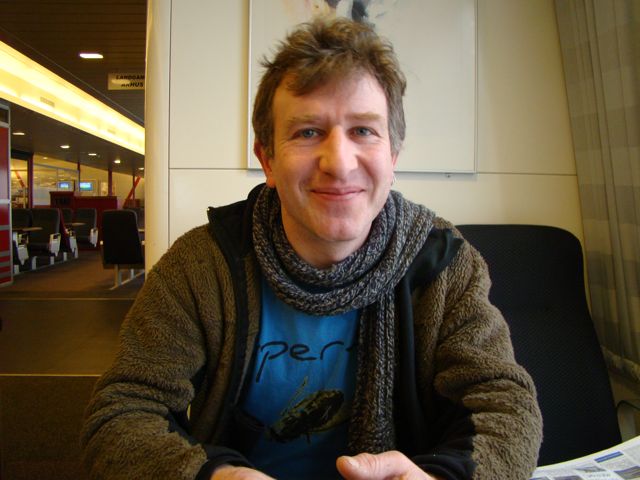 thomas, could you get any cuter?

Yesterday morning we booked it to the ferry to CPH so we could go visit my old friend Alex Nyborg Madsen at P4. What a hoot. 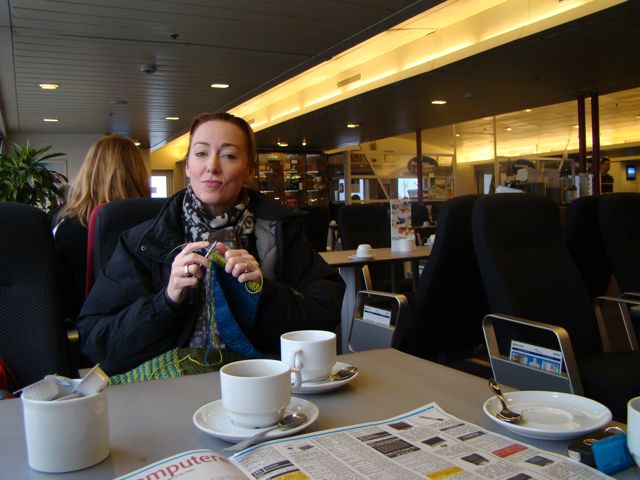 knitting on the ferry

The first time I ever did his radio show, he was broadcasting from his garage in the middle of NOWHERE. Now P4 has this fancy new building. Alex told me that the big boss is a woman. That's why there are  huge colorful exercise balls everywhere. She is concerned about everyone's abs. 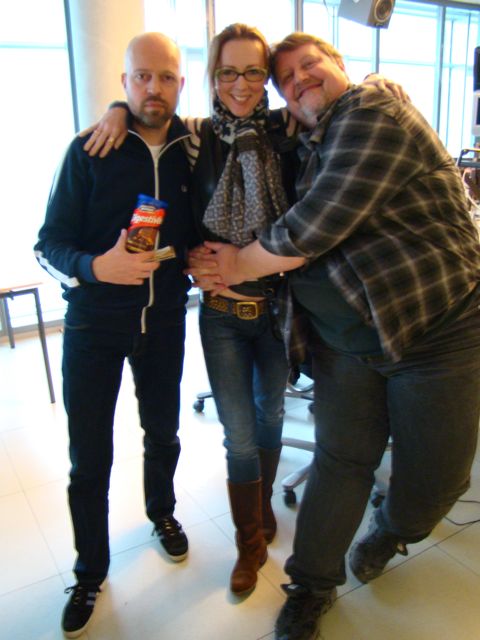 I got to meet a lovely Scottish singer who has had a huge success over here. Maggie Riley and I were treated to three songs by Danish artists and had to critique and respond. Great idea to get out of the usual come by and plug your new album MODE and hear some new music. 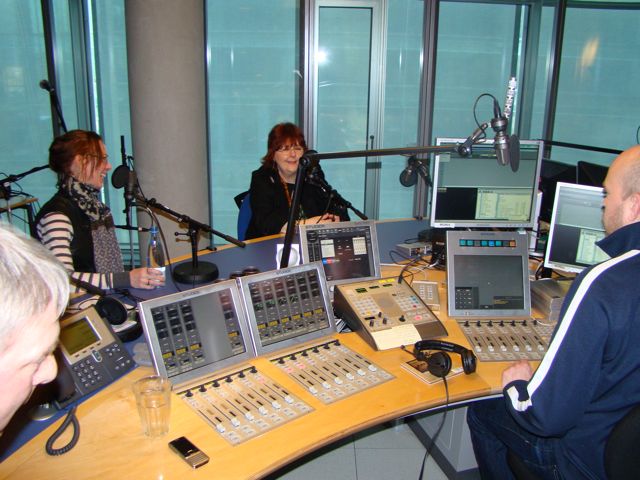 The show in Copenhagen last night was really magical. Jazzhaus was the perfect cozy venue for a Tuesday night. It felt like home. And the audience was luscious. Lots of musicians in the audience which can be a blessing or a curse. Well, last night it was a real blessing. I couldn't have felt more welcome. And Thomas outdid himself, adding a painting from home to last night's set design. 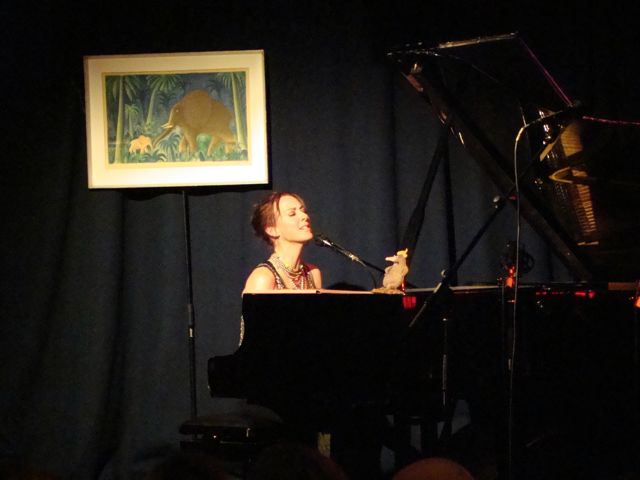 And look at his photos. He's got an eye. 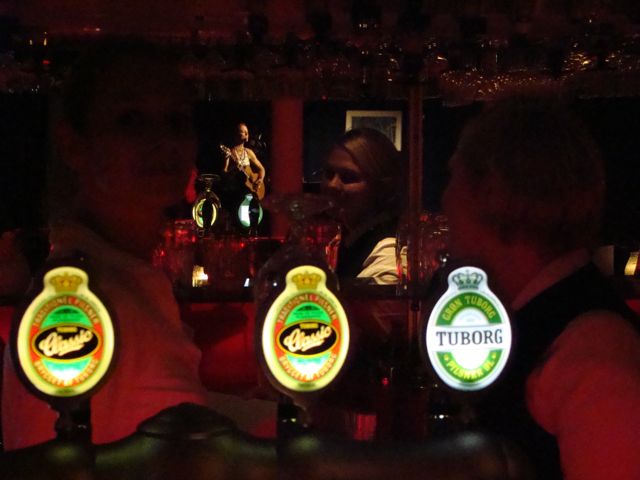 Today was my "Magic of Guitar Tunings" Workshop here at the Danish Artist's Union. There was a circus theme going on, so Thomas and I took a bunch of pictures. Yes, I am still the jaded carny girl from "damn everything...." "Back in the Circus" and "No Net Below." 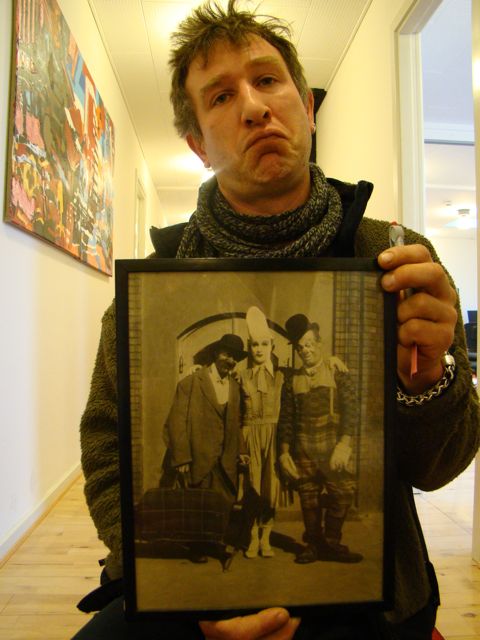 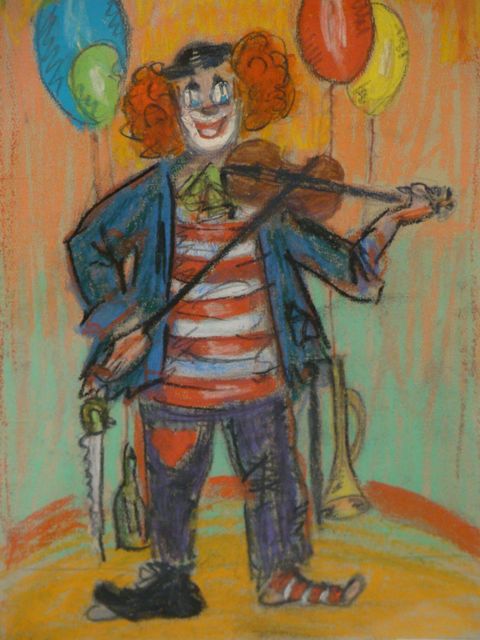 Anyway, I had to remember all my tunings and which songs went with which. It was an education for me as well, to have to organize everything into the chronology of how I've come to do what I do. 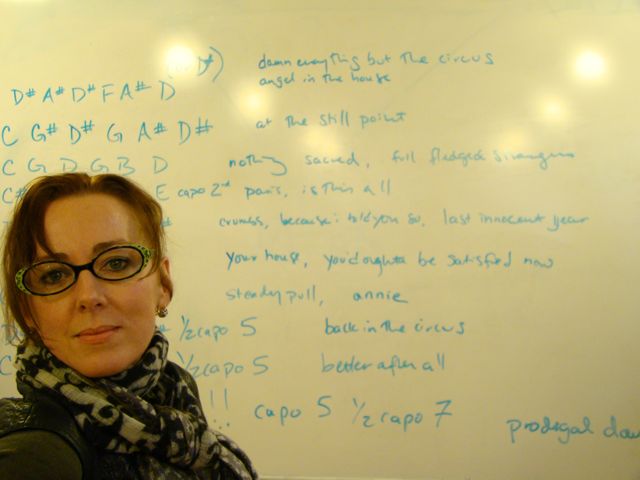 I spent all morning before the workshop trying to figure out some old songs I hadn't played in a while. I probably should have called the workshop "Why you SHOULDN'T use too many open tunings, because you will forget half of them!!"

Anyway, I had a GREAT time. And thanks to all who came, and to Rikke for having me back again, being so supportive and masterminding the details.  ;) 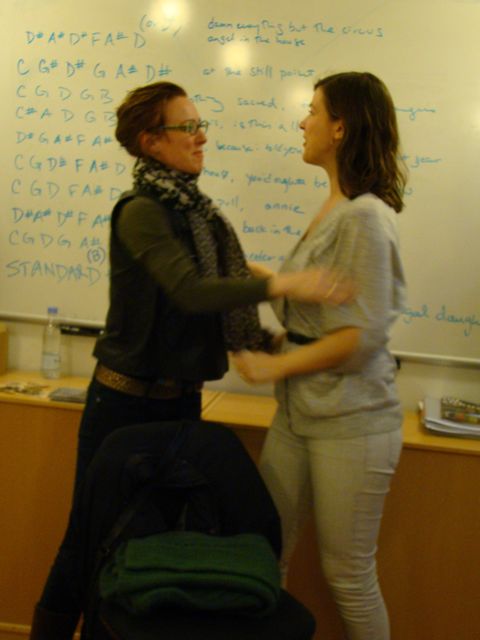 On to Odense tomorrow, another workshop and a concert, and then Tonder on Saturday. It's the FOLK AWARDS, and I've been invited to sing a couple of songs!! Yippeee. Woody would have been thrilled. 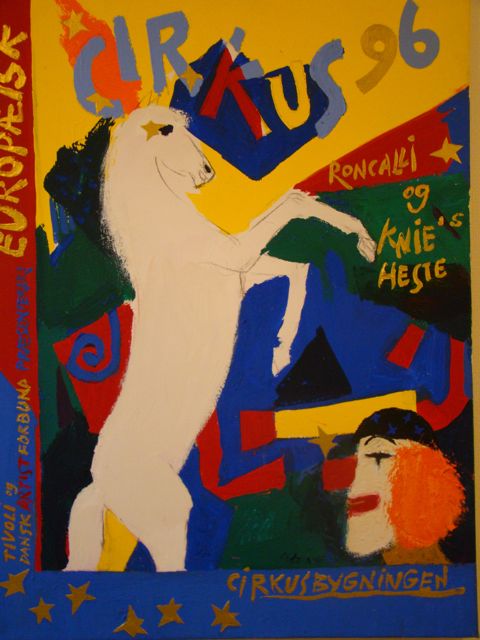 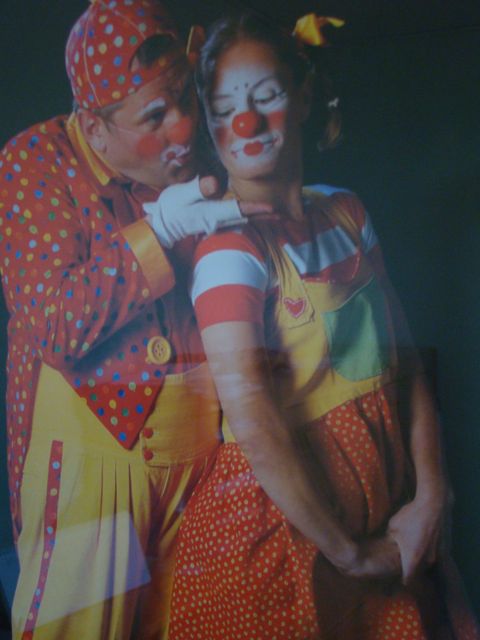 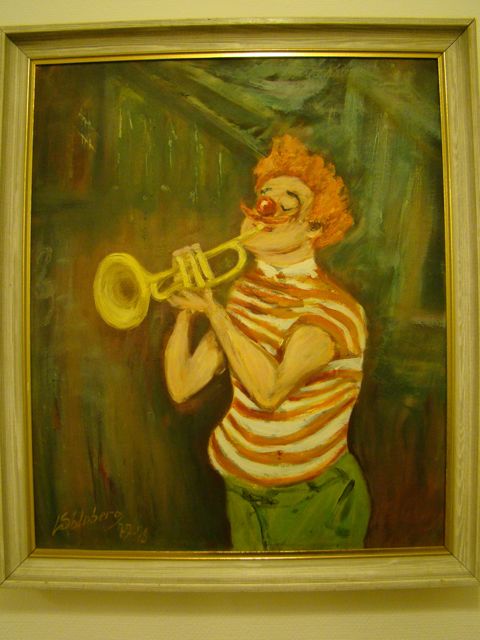