Election night was exhilarating. To be present at this moment was an honor. The energy in the air is impossible to describe, but intoxicating. The tasks at hand are daunting, but I feel like we actually CAN act on the call to support, sacrifice, redeem.

I was lucky enough to be in a tiny room high above Times Square, singing live on French Radio (RTL) as the results were becoming clear enough to call the victor. George Lang, my old pal and champion in Paris, had come to New York to be present at this historic moment, and invited me to be on the show and sing a couple of new songs. 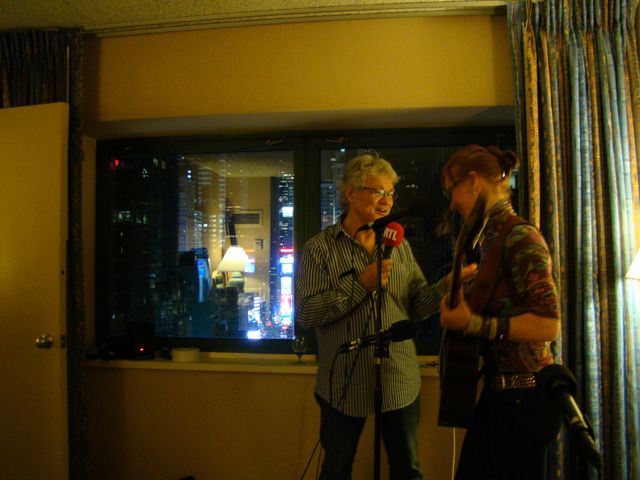 Hard to tell, but the view of Times Square was STUNNING. 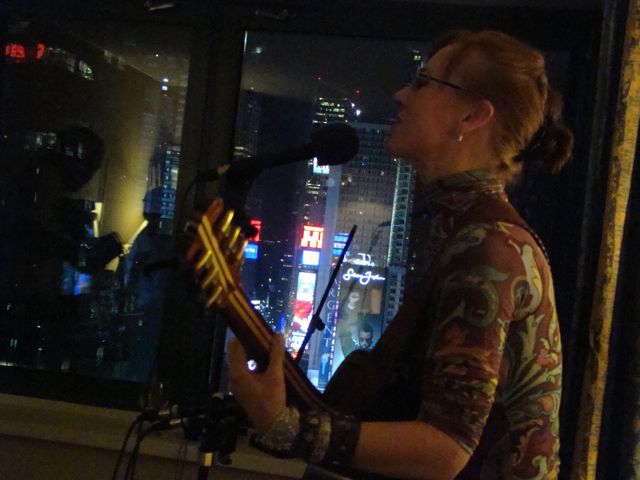 There's Sean John himself, right above the curve of my guitar. Oh irony.

Spanish Harlem was a party, horns honking, firecrackers, and again, this energy of possibility. I feel truly patriotic for the first time in my life.

On to Portland. I had to pay my repects to the now closed "Music Millenium." I know they still have a store open, but it really is the end of an era when the beloved haunt of all Portland music lovers has to close its doors as the rents get inflated by one more GAP, one more Pottery Barn, one more STARBUCKS. May Terry Collier thrive and prevail at the remaining shop. 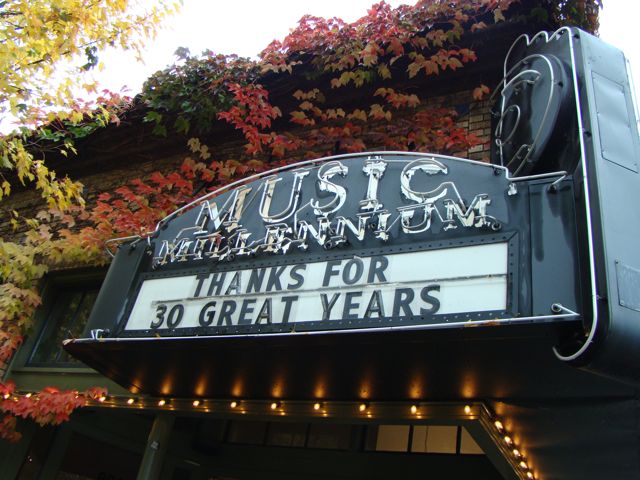 KINK, bright and early Thursday morning was like coming home again. It's been a while since I was able to swing by and sing on the air. Dave and Sheila made it fun... even at o dark thirty! 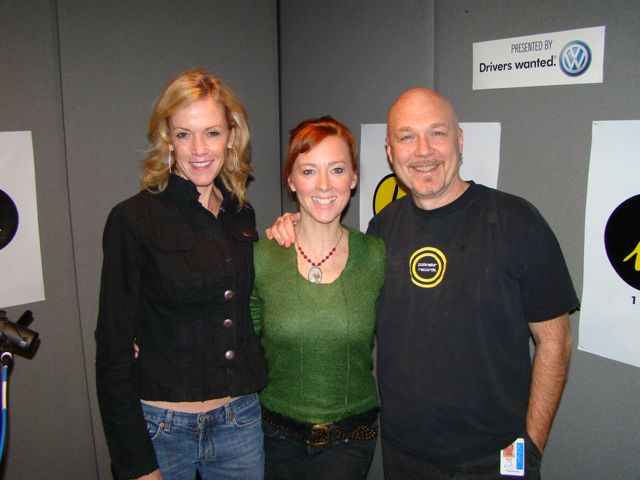 And it was great to reconnect with my pal, the mastermind of KINK, Dennis Constantine. 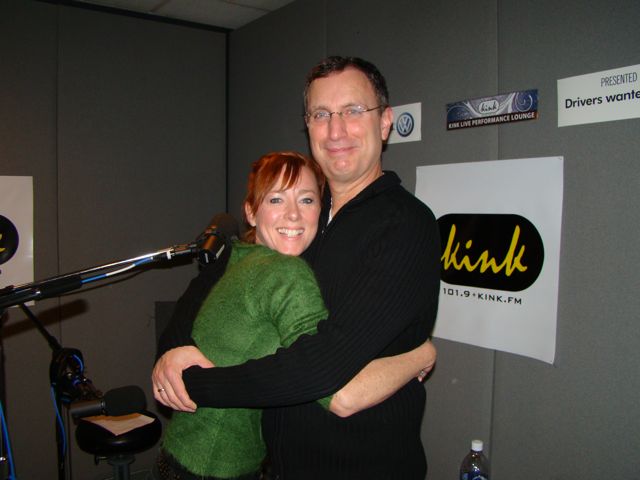 Glen brought a new little friend to the Aladdin last night, so of course he got the sock monkey treatment. Little Ivan... we almost got him to join the band. 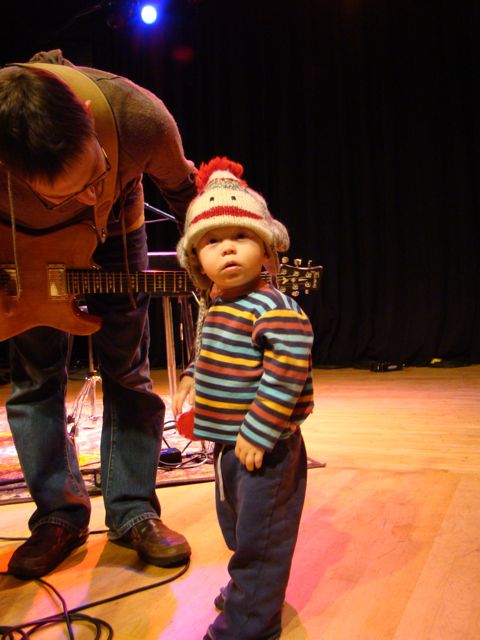 Off to Eugene, I hear they have some great knitting stores there. Happy Oregon Alpacas make great yarn.