And the fun is just beginning.

Yesterday i had the pleasure of taping three songs and talking with one of my all time fave deejays Claudia Marshall at WFUV here in New York. It's always like coming home with her. And she said something that totally made my day -- that she felt like this record, even though it's Woody Guthrie's lyrics, really felt like quintessential Jonatha. I hadn't been able to put that into words, but I realized then and there that it's true. It was so natural and inevitable that this record came to me, I just had to get out of the way. 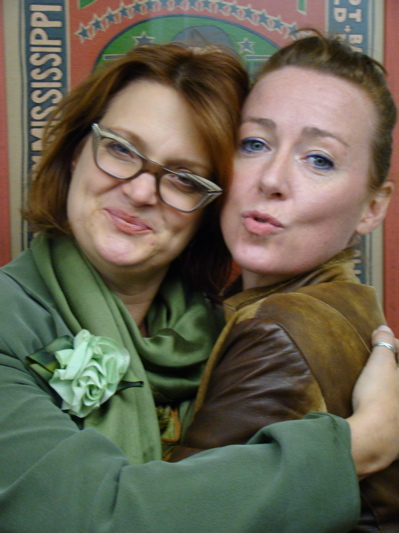 Then last night, I had the good fortune to visit the amazing Joey Reynolds Show. He has a syndicated talk radio show on WOR (should be podcasting later today) I've never been around someone who can think more quickly, and then speak in time with that brilliant a mind. You never know where the conversation will turn, but the facts at Joey's fingertips are MIND BOGGLING. And somehow at the end of each session, whether it's rocket scientists, chick singer-songwriters, or shrinks, he manages to say something incredibly powerful while tying together every thread that he has woven. Treasure. 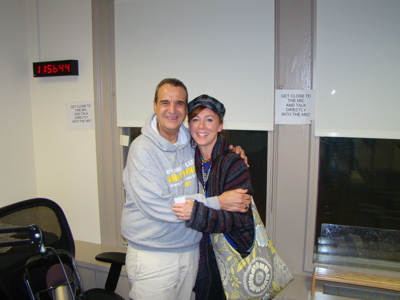 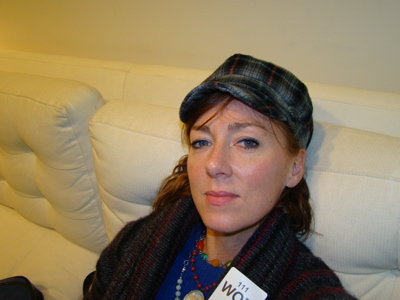 waiting for Joey, can you believe I found a plaid hat to match my behemoth knitware? gottta love the streets of New York.

Finally, my pal Ronnie White ('Birds on a Wire' from the new album) had an open house at her art studio last weekend. We've been friends since 'Grace In Gravity,' she designed the bad dog logo, the little ballerina t-shirts. Anyway, she finally came out with little alphabet books that all her fans have been CLAMORING for. I'm ordering TEN. They look nice with the record and the t-shirt, huh! You can see more very soon. I will keep you posted about how to check out her art. 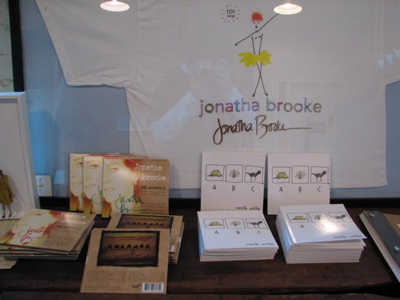 Off to tape "Weekend Edition" with Liane Hansen. I'm such a big fan. What an honor to be on her show. We'll let you know when it will air.