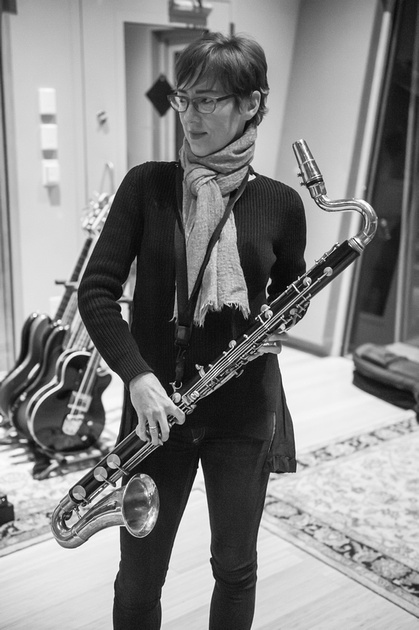 (OK. I don't play bass clarinet, but boy is it coool! All good photos by Erick Anderson. Bad photos by a combination of all of our i-phones.

I spent last week in Fort Wayne, Indiana at the gorgeous Sweetwater Recording Studios. It was an experiment of sorts.... combine a recording/engineering workshop with the making of new music. Test the muse under the (thankfully supportive) gaze of fifteen recording geeks. (I mean that with the utmost love and respect!!) 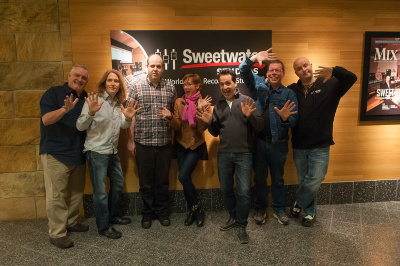 We spent a couple days before the "campers" got there trying stuff. Getting basic tracks on a few new songs just to see what we had. Well. My little ditties started coming alive. 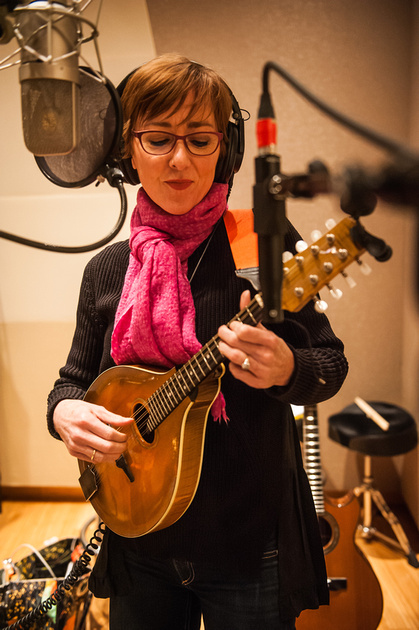 Sometimes you don't know if you can even explain what it is that you hear in your head. You have to trust that elusive shorthand between musicians. And there it was:

Me: "YES! That's the first part. And then the next one's going to be that higher thing that crosses and lands on the G, right?" 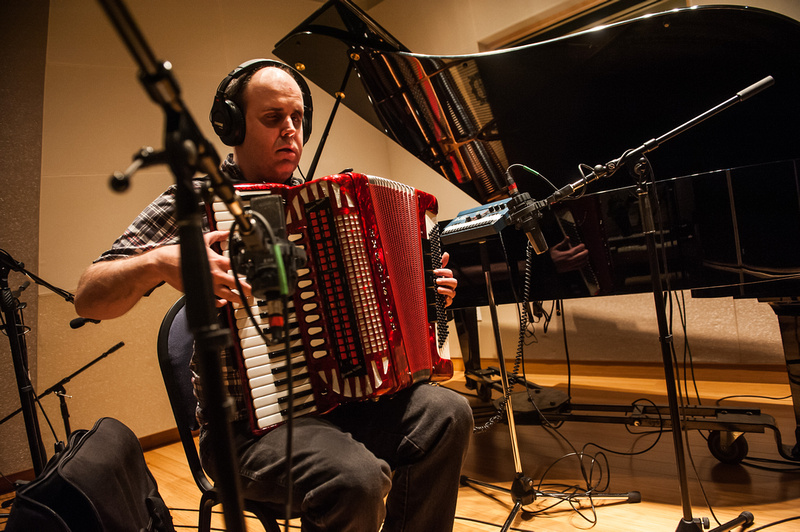 Or, on vocal overdub day: 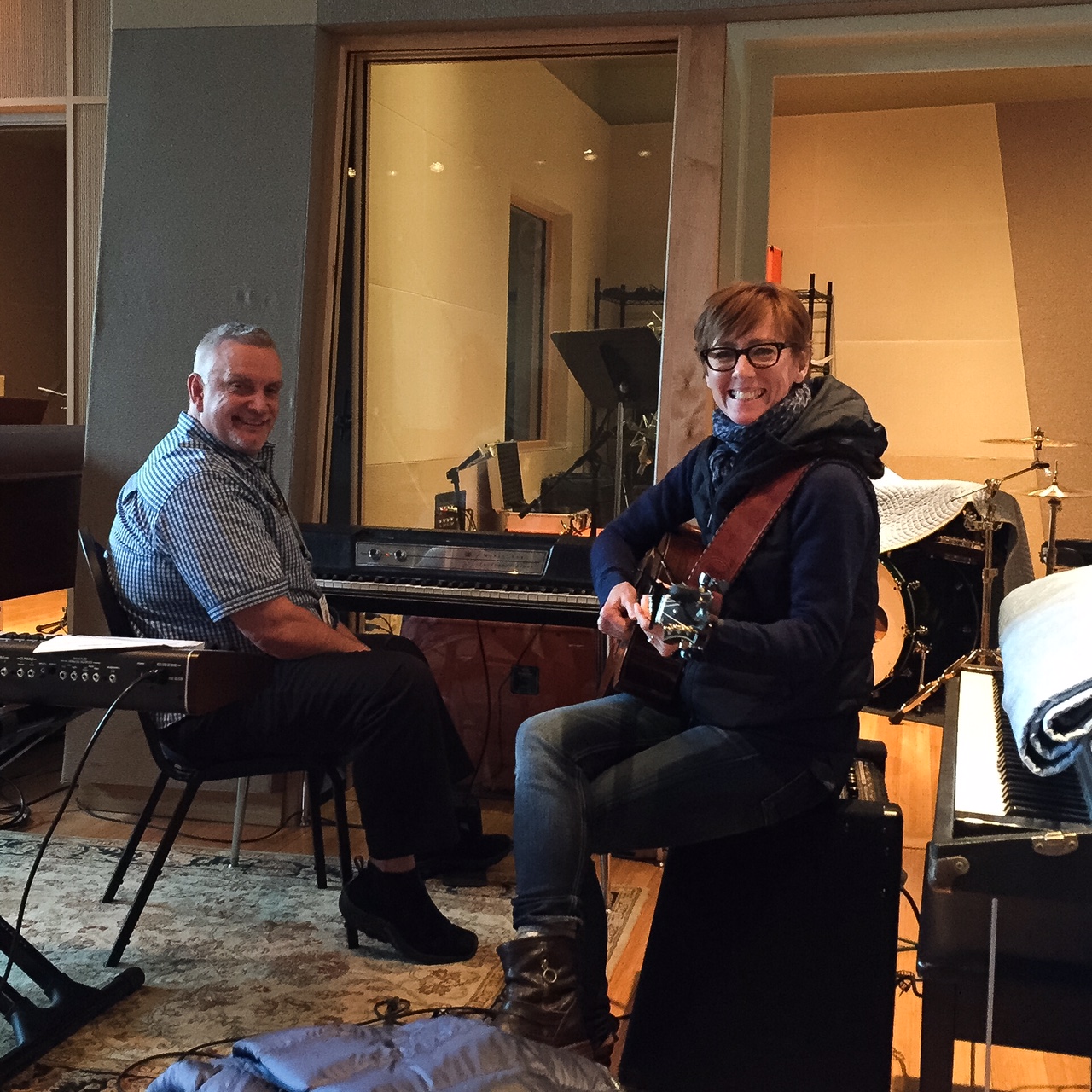 I have always loved being in the studio. This was no exception. When it gels, it truly is like Christmas. So many sounds and ideas flowing, and cross pollinating. 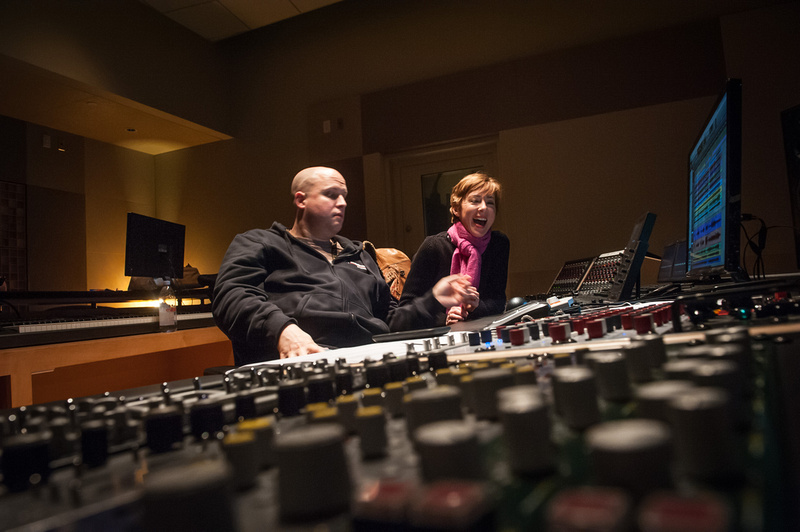 When Don Carr knew exactly what I meant by - '"you know that dark, slow delay, haunting, night sky kind of thing..." and then played it on "Too Much Happiness..." JOY. 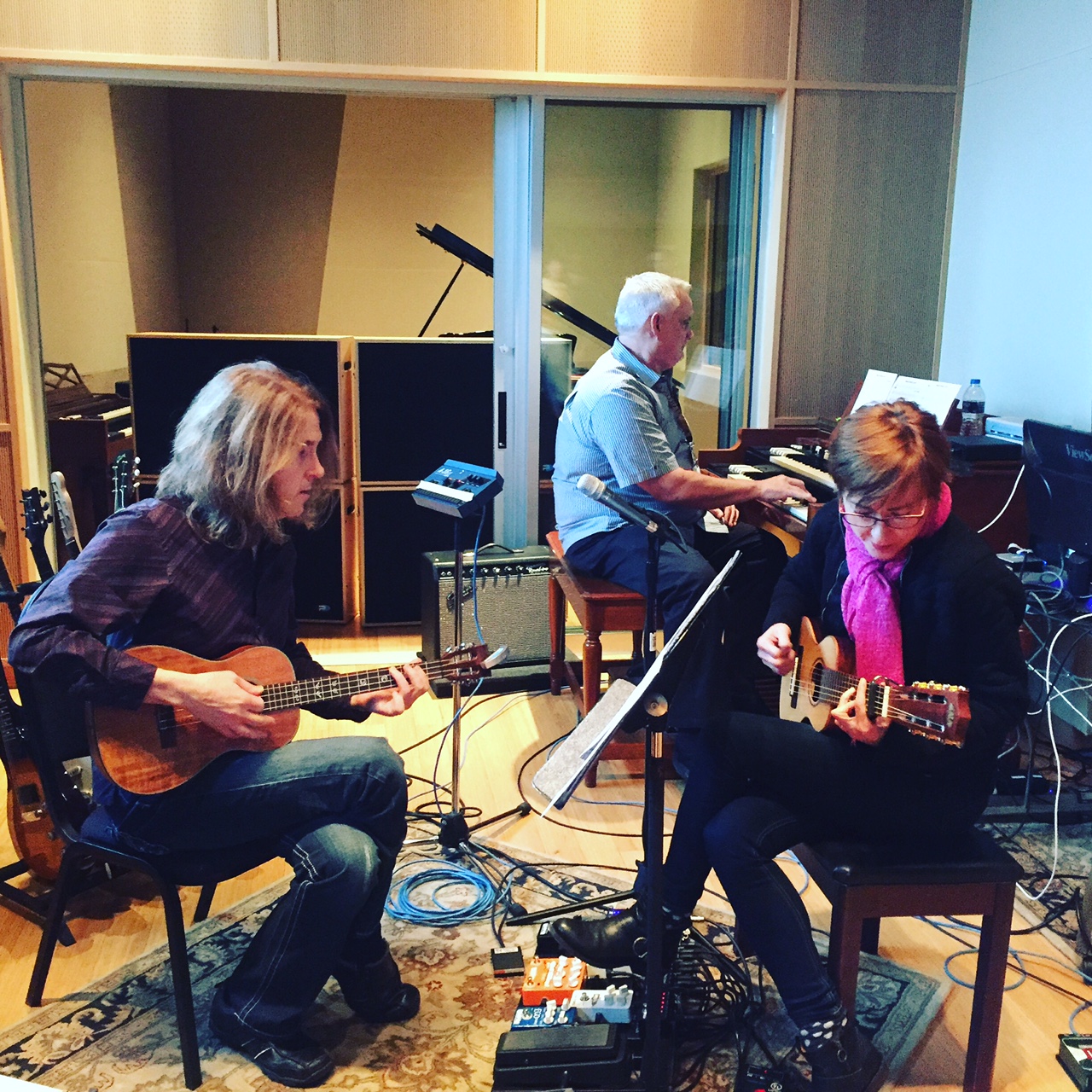 When Phil found a pointed, haunting keyboard sound and part on the bridge of "Put the Gun Down." JOY.

When Nick D'Virgilio took the drums on "You and I" to a totally rocking landscape. JOY. 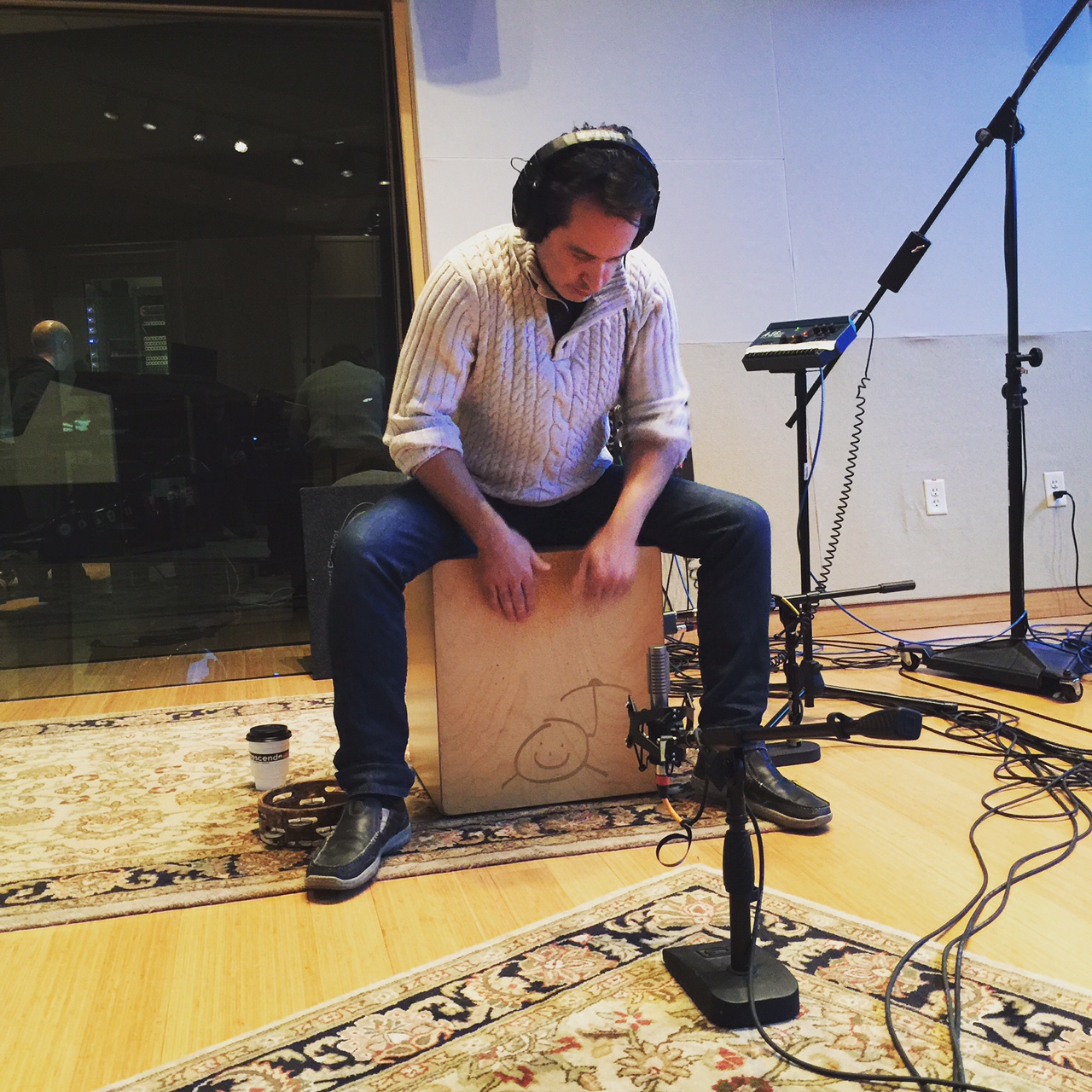 When Dave Martin threw down Ukelele bass on "Nothing Hurts Like Love Hurts" and swamped the low end in the very best way.... JOY. 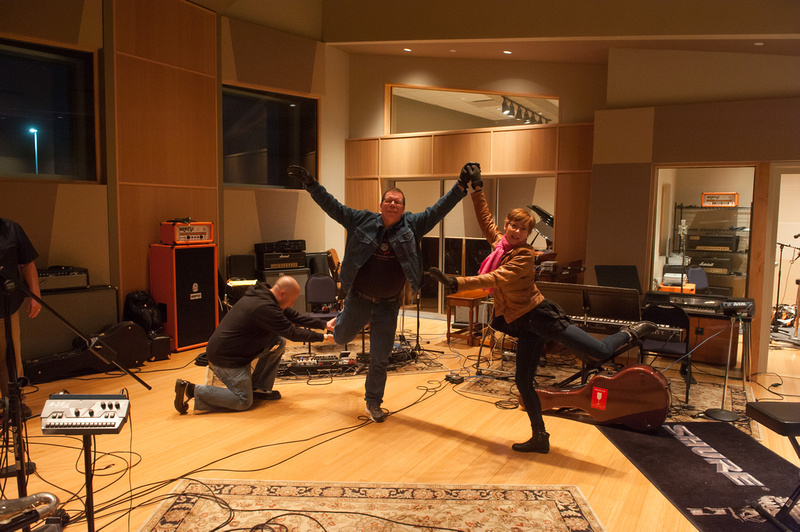 Mark Hornsby was our pilot, head geek, - a talented and ever generous host. I cannot thank him enough. Sweetwater is a perfect sanctuary. 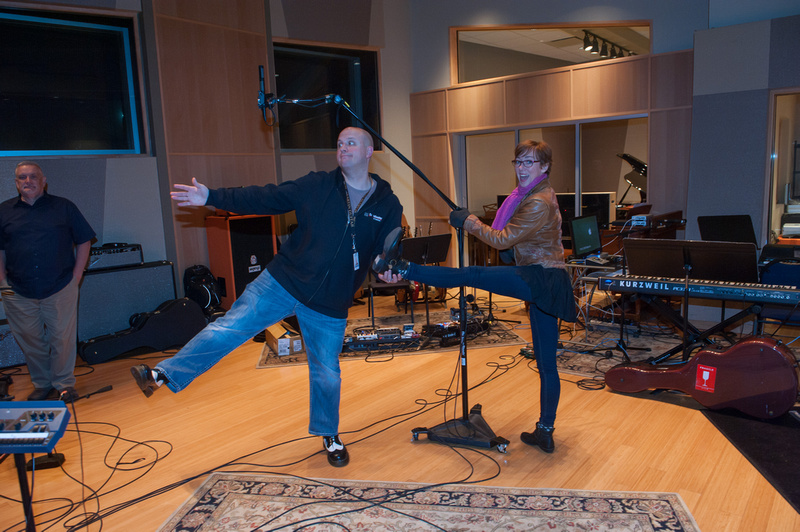 I think we we're going to bring some more goodies to the Sweetwater table in February. Just. Can't. Wait. 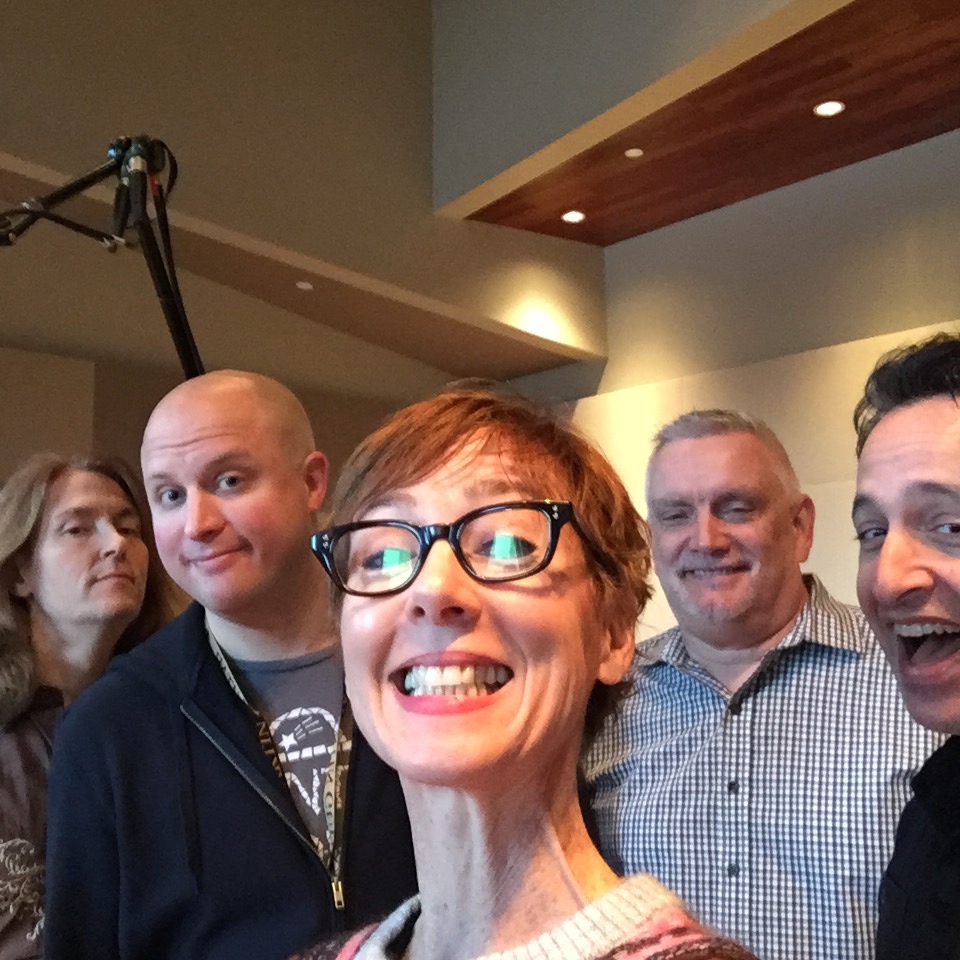 So, meanwhile, merry, merry Holidays. And thank you all at Sweetwater, and all supporting from afar for such great days and nights of musical JOY.