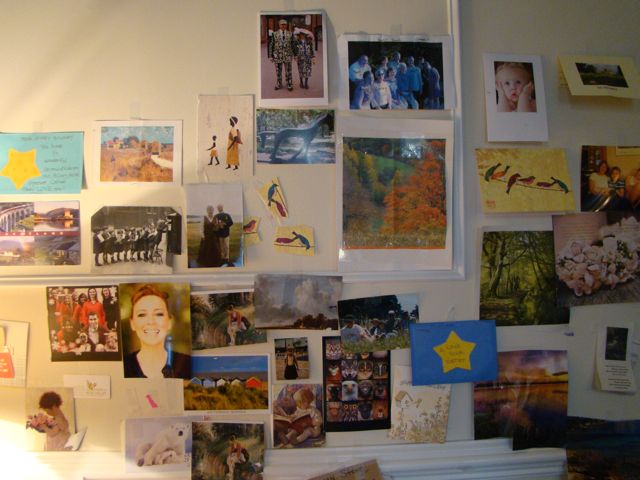 Mom gets cards and postcards often from my brothers. It's their way of keeping in touch. My sister in law has started a whole mailing campaign, sending tons of them now with simple and loving reminders. "Stoney, you have 3 beautiful children and they love you very much." My niece, Hilary sent one the other day with her favorite book "If you give a pig a pancake" - 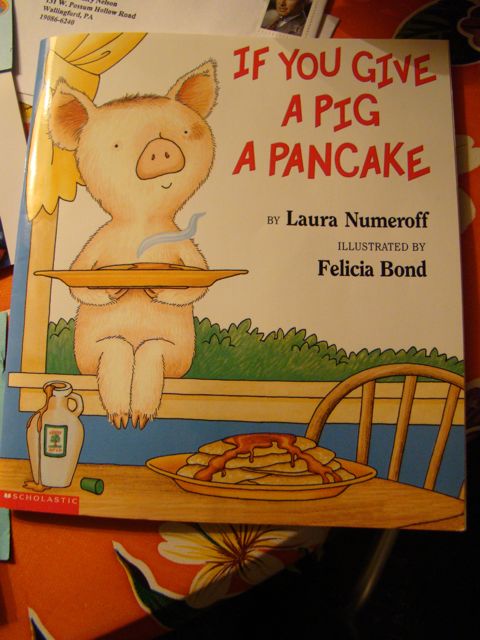 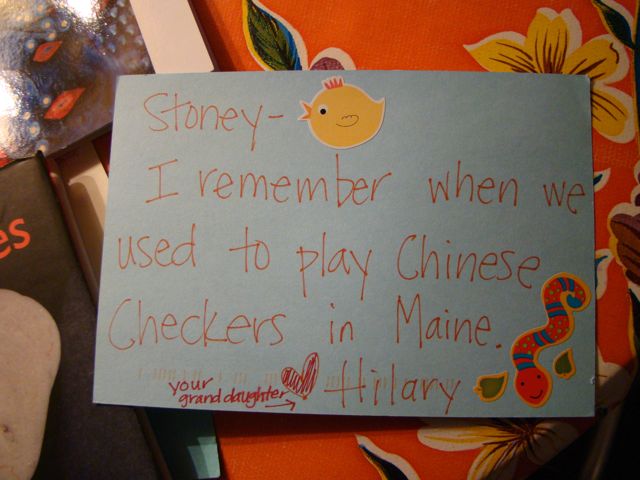 Mom got a good chuckle out of that. I am going tomorrow to get some checkers. Maybe she'll remember how to play. Although she said, "well we don't really have time to do those kinds of silly things. " In fact, all we have is time.

She also got a kick out of the "Heart stones" book, but only because her name is Stone. 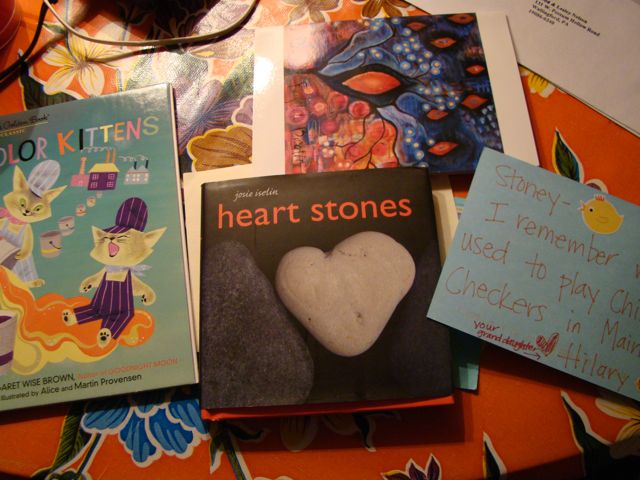 After a minute of paging through she said, "well it's just not my cup of tea." She just didn't understand why heart shaped stones were such a big deal.

She is very particular about the pictures. One that I loved of an elderly couple in fabulous tacky sequined suit and matching dress ended up in the trash. I rescued it and put it up anyway. Another with a polar bear? Directly into the museum. We never know why one card will thrill her, and another will provoke quite visceral disgust. Some kind of dementia rorschach test is in order I'm sure. She hates the picture of me - 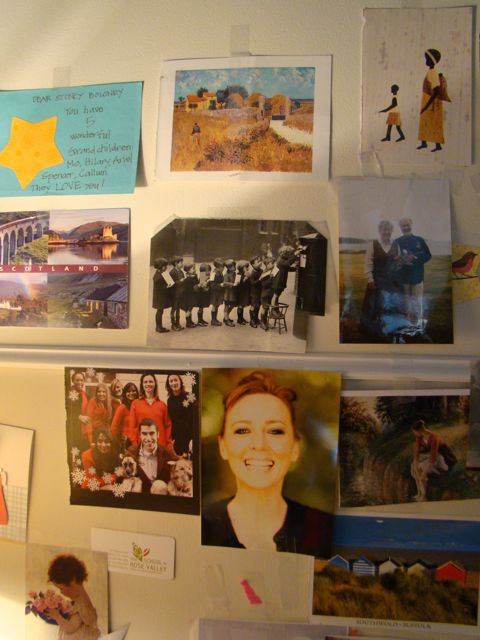 but for some reason leaves it there. Maybe to remember?

Some cards and photos will remain intact. Some she will trim and cut, and winnow until only the faces remain. There was nothing much left the other day of a re-wedding photo of her and my father, so I put a different one up. So far she hasn't cut it. She just cut out the little birds from another card to put next to the wedding one. 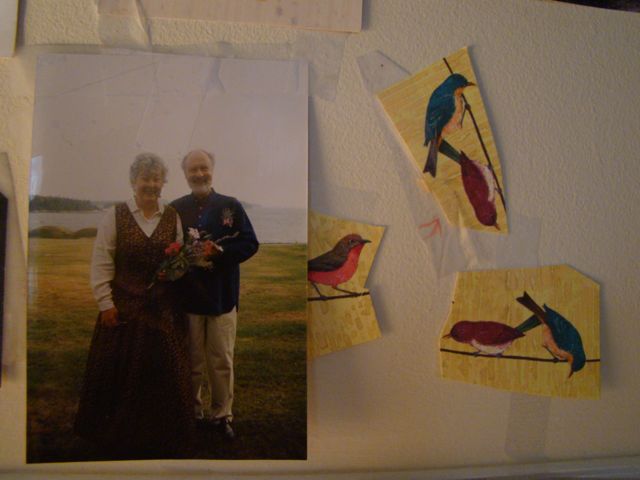 She doesn't really remember my dad now. We have a cassette tape still, of him reading to her. It kind of creeps me out, because he died in 1997. But she is convinced it is my brother, and won't hear another word about it.

Friday, she told my husband Patrick that she didn't have any kids. But she calls me 10 or 15 times a day and knows exactly who I am. She told me that she will marry Patrick if I ever let him out of my sight. And, fickle as ever, just yesterday, she fell madly in love with Julie's husband Jim, and proposed to him.

So I guess it was a good weekend. 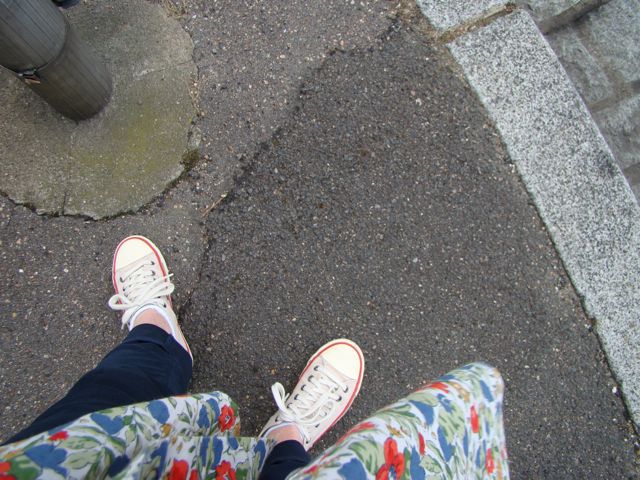 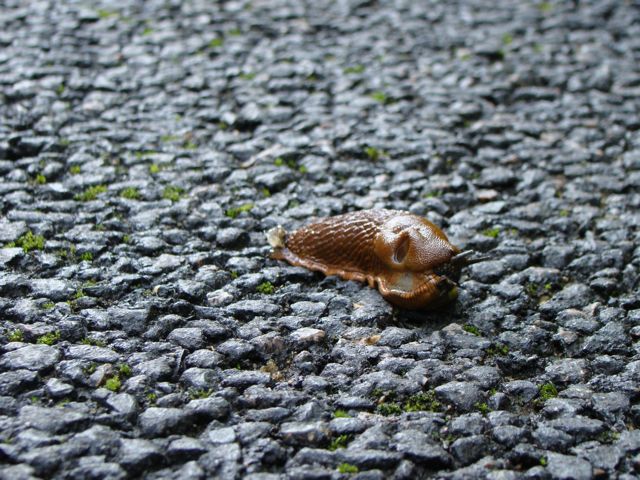 on the long road home.