There are opaque plastic zippered barriers between our living room and the dining room/kitchen disaster zone. Casey and Dan start around 7:30 in the morning so, often, we're still bleary eyed on the couch with our coffee when they start. Sometimes I think they forget we're right there... we can hear every word they say. But the thing is, every word I hear endears them to me even more. 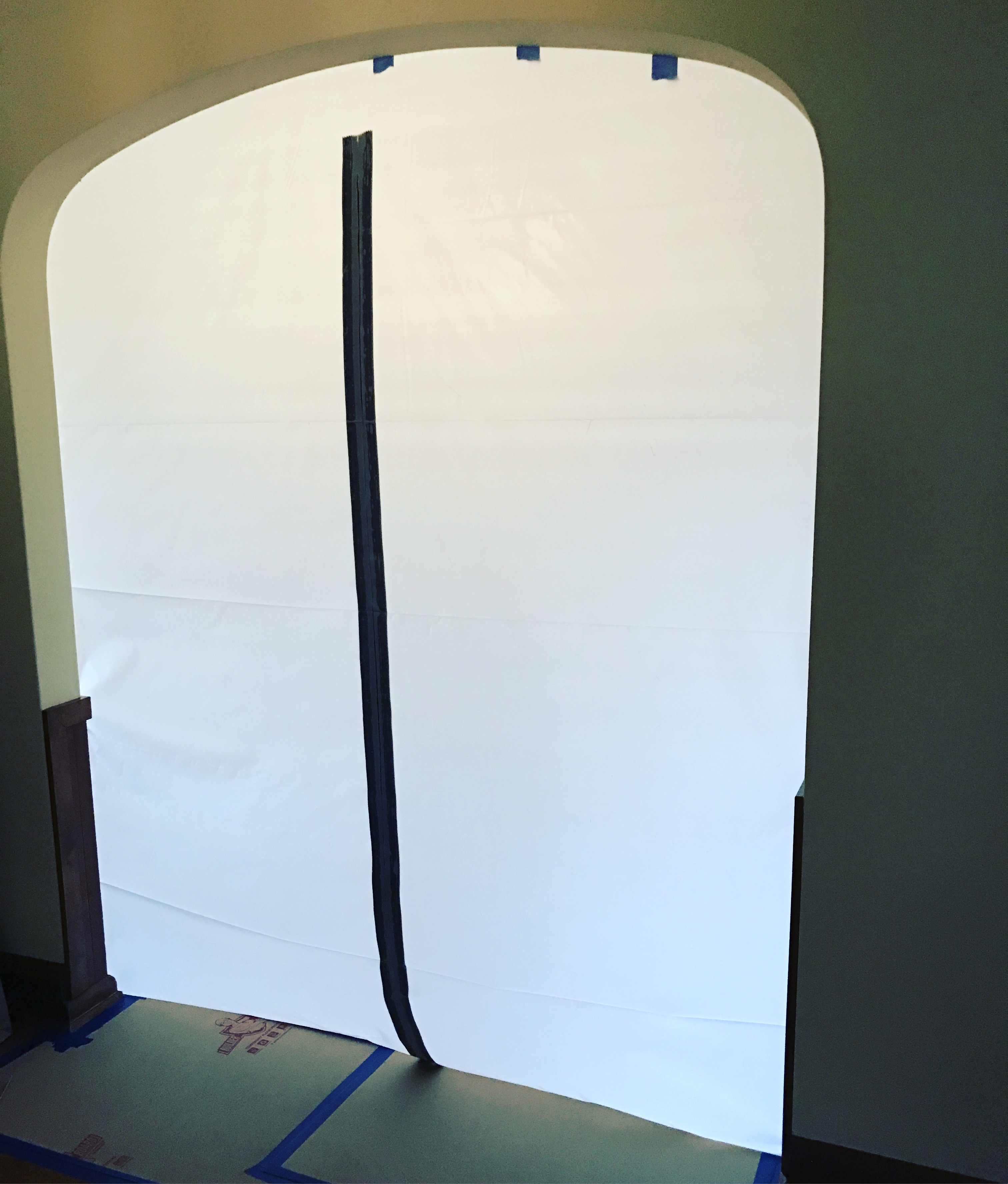 Yesterday Casey, our man on demolition, was talking to foreman Dan. Casey's planning on living to be 115 years old. He's got turmeric, chlorella, ginseng in his daily arsenal. He swims twice a week in addition to the grueling workout of ripping walls apart. He also said he wants to be a better person.

Dan asked what he meant. 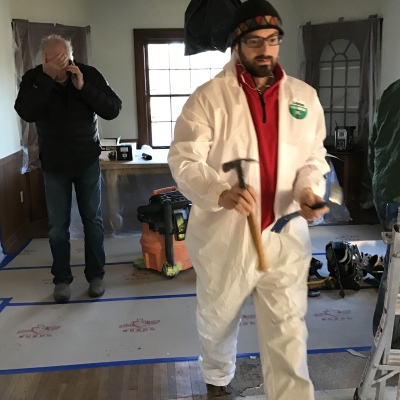 "I mean, sometimes I say things just to be funny, or I talk like someone I'm talking to without thinking. For example, my nephew, I mean, I know he's gay. He's just gay. He's 9, but already obsessed with clothes, got a real effeminate voice. He loves posing. And I was thinking maybe when I fall into talking like him when I'm with him - maybe that's not ok. What if I'm hurting his feelings? Maybe he wouldn't even say. You know because I'm the grown up. I really want to change that. Because I love him so much. I want to be sensitive to what it's like being him.

Last night when I went in to survey the day's remains, in addition to the baby shoe and puzzle piece that fell out of the ceiling lathe, there was a stretch of the original kitchen wallpaper that Casey had managed to preserve for me. I'm going to frame them all together.

This morning, Casey and Dan showed us baby pictures. They each have three kids. Casey said, "You know, often people just make decisions about you, just because you're wearing some kind of uniform, like a delivery guy, or a hazmat demolition guy. It's human nature. But clean heart, calm mind, that's the key. I'm trying to eat less bacon. A little wine, dark chocolate. Moderation, you know. My wife is a life coach. She's studying now to help women access their true voices, find the powerful parts of themselves that may have gotten lost over the years."

And so, just like that, it's not really about the kitchen any more.