The Tonder Folk music awards. In, you guessed it, Tonder Denmark. I think you couldn't get farther from Copenhagen and still be in Denmark. But I was invited to sing two songs. And it was an honor I was not about to forego. 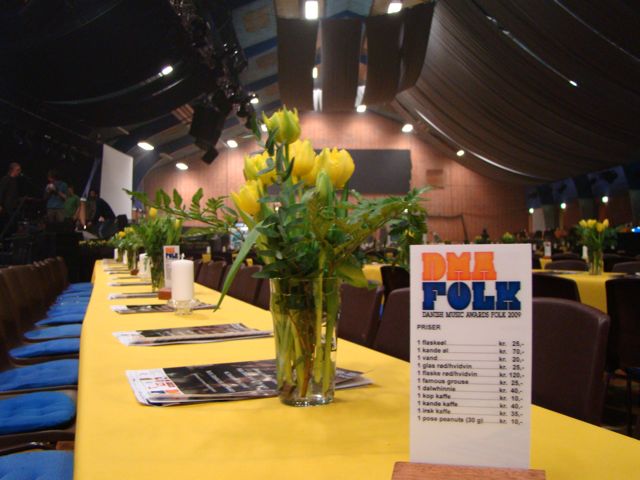 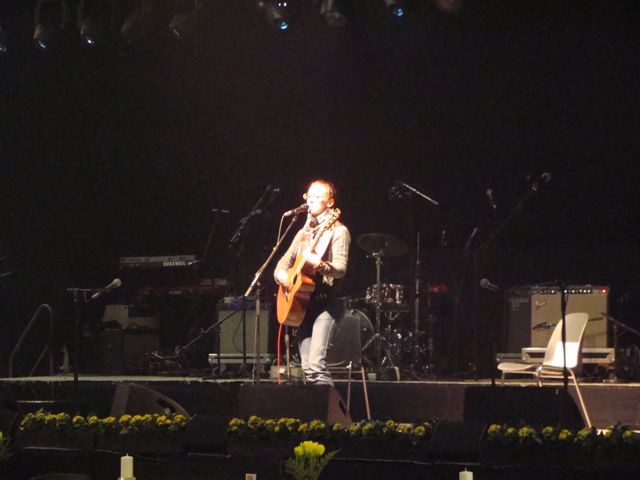 It was my last gig in Denmark, so I was determined to find some Danish sheep. Finally, a few miles out of Tonder. There they were. Thomas tried to sing for them but that seemed to drive them away... 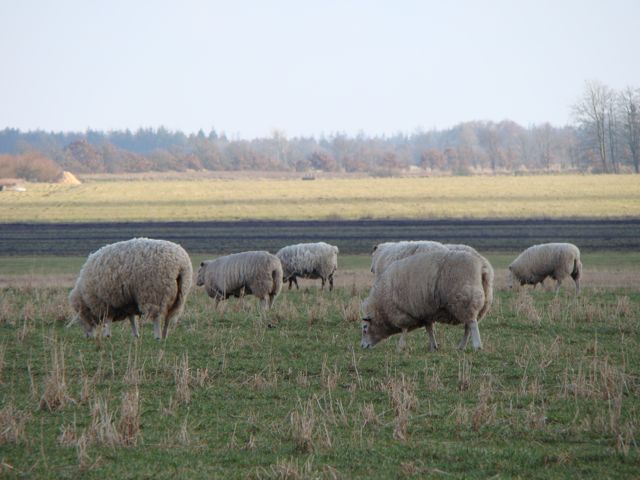 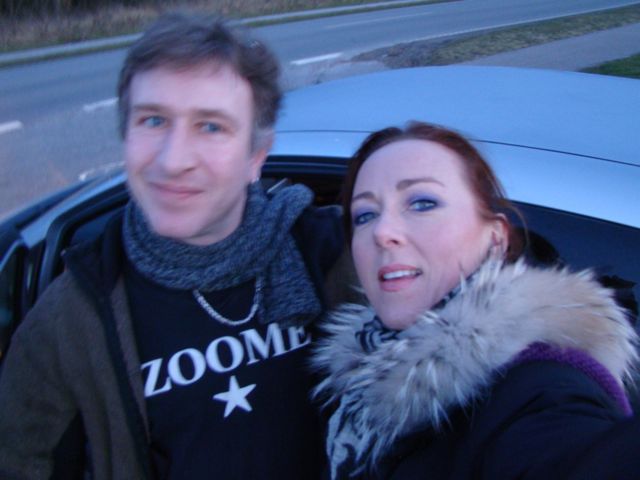 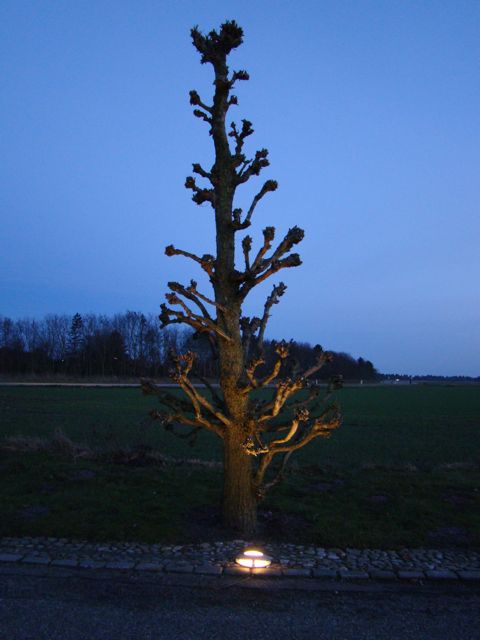 crazy tree on the way to the show.

Who knew? It was packed! There were drunken double bass players up for best record awards, 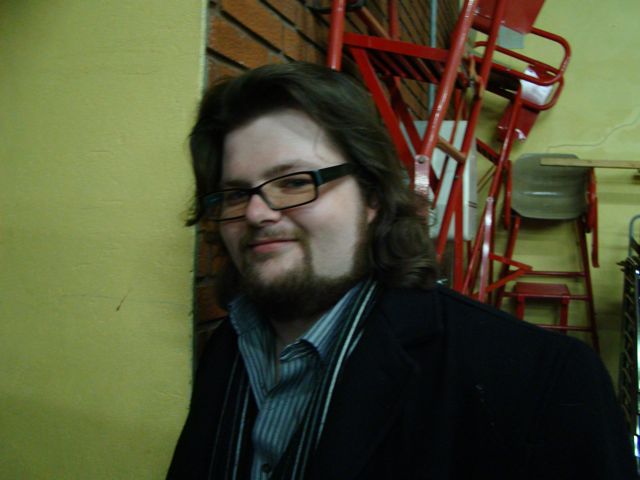 Stefan, three sheets to the wind, before the show even started 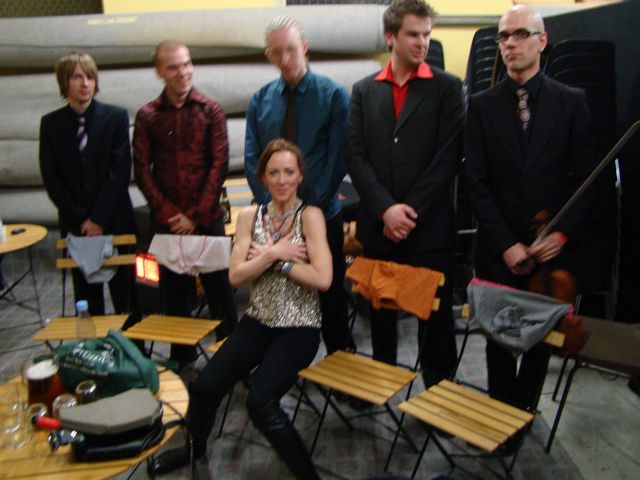 There were Baltic bands with no underpants. (It's a tradition apparently, every time they play, the Baltic Crossing boys take off their knickers and leave them in the dressing room. Weird, but, to each their own. 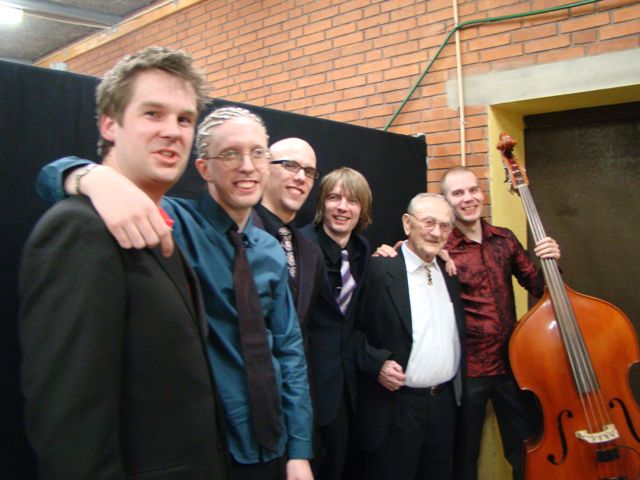 There were 80 year old magnificent accordion players, just sitting in.
I was interviewed by the local tv station. 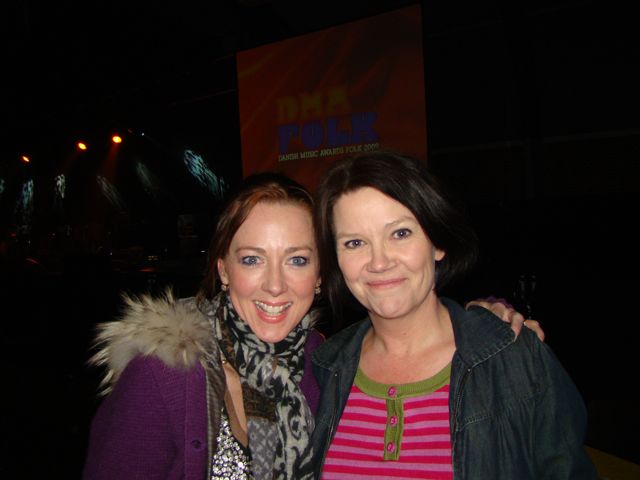 me and Henny Husum from Danish tv.

There were multilingual backstage techs... 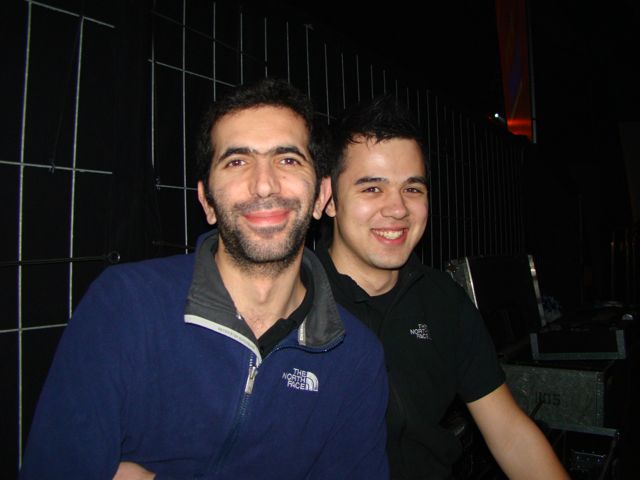 I hung out with a crazy Klezmer band, and watched everyone party themselves into oblivion over a very, very, long evening. The music continued until well past 1 am, and THEN there was the afterparty.

Well I LOVED being there, but I'm sorry to say, I collapsed way before the party even started.
Needless to say, there was NO ONE at breakfast except for the sensible Soren and Alex from P4. So nice to see them again in Tonder of all places.

And before I left yesterday morning, my husband told me the most amazing story. He was crying as he told it, as the whole thing had just happened in Las Vegas (nine hour time difference) and I was just waking up in the farthest southwest corner of Denmark, starting my long journey home. I cried as I listened.

An American soldier stationed in Iraq emailed my husband (he manages TOP) to ask if there might be any possibility for the Tower of Power guys to dedicate a song to his wife at their Las Vegas Concert on 3/7. He wouldn't be able to be  there, he had been deployed but he'd gotten tickets for his wife and three kids. TOP is their absolute favorite band, and they had spent the day before he left for Iraq driving around in the rain singing along at the top of their lungs to their favorite TOP songs.

Of course the guys said yes, they are really gracious about doing this kind of thing, esp. for someone so devoted, so far away, and possibly in harm's way.

They got to their sound check yesterday, and sure enough somehow this soldier had begged for a leave, traveled for days, out of who knows where, to be there to surprise his wife. He was still in his fatigues, covered with dust, and wanted to figure out if somehow he could be part of the song they were going to dedicate to her.

Well, he showed up back stage, nervous, in a tuxedo, (she still hadn't seen him) pacing until the song"You're Still A Young Man."

Larry, the lead singer, made an announcement about how special the evening was, as a certain beloved person was in the audience, and her husband had contacted the band all the way from Iraq and arranged to dedicate this next song. Then he paused and said, well actually, there's someone else here who could probably do a better job introducing it.

There he was. The whole place was already weeping, but when they saw the soldier, in his tuxedo, knew how far he had trekked, and saw his wife beside herself with excitement and joy and then shock and unfathomable emotion?

Well, you can imagine, the whole crowd was on it's feet crying and applauding and carrying on. What a love story, What a reminder, again, of the things that really matter.