JOURNAL
March 2007
The Rollercoaster that is March

Wild day today. Balmy like crazy this morning and a big storm bustling in and weighing everything down this afternoon. Time for an update. The orders are pouring in. Careful what you wish for is right! I can't see straight after signing, stuffing, postage metering. But I'm DEFINITELY not complaining. Thanks to our mastermind Stephanie who figures out how to keep everything organized, we're right on track! 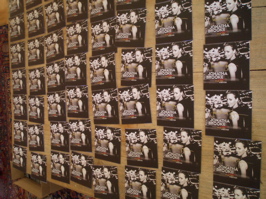 I had the privilege to be at the Gay Men's Health Crisis Charity dinner Monday night. Hillary Clinton spoke, the Reverend Dr. Calvin O. Butts lll, Cindi Lauper sang her BUTT off, (honestly I was moved to tears, and that is no easy gig  chick and an acoustic at a 1000 seat charity dinner. RIVETING!) Then Rosie O'Donnell tore the house down. And the food wasn't bad either. 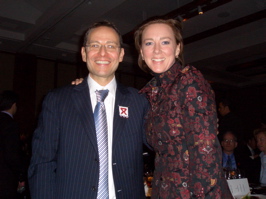 Me and Robert E. Bank, COO of GMHC.
AIDS and HIV are still a crisis. Go to www.gmhc.org to learn more.

Tuesday was finish up the video day. We shot in a black box studio at Columbia University. Thanks to the fabulous Emily Branham and her always lovely and charming crew. 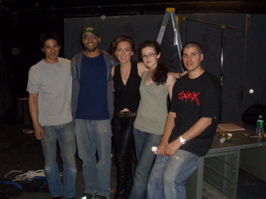 Pedro Padilla (second from Left) manned the truck and the gear and the gaffing and gripping and hauling. Justin Francis (far right) was our DP extraordinaire, and Russell Santos (far left) was camera assistant, did a little gaffing too, and loaned us his fancy pants camera that saves right to a drive. Now that's cool. Many thanks to everyone who worked so hard for so little. 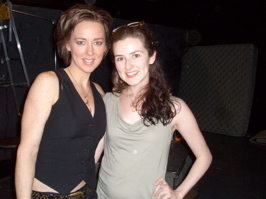 Me and Emily Branham. She directed the video for "Better After All" and edited the 'Live in New York' CD/DVD.

Let the fun begin! Next week I start traipsing around the country as the record makes its way into stores. I hope you'll all come out and say "hi." This week I've been signing and sending more CDs in between rehearsals with the band. All I can say is, I'm pretty damn psyched. the new songs are so fun to do live, and we're sprinkling in a bunch of songs we haven't played in a while. The vibe....phenomenal. 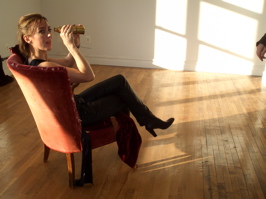 We're also finishing up the "Careful What You Wish For" video. Low tech, low budg. And I have to give big kudos, and thanks to Kevin Richey, our day 1 DP. Photo below. 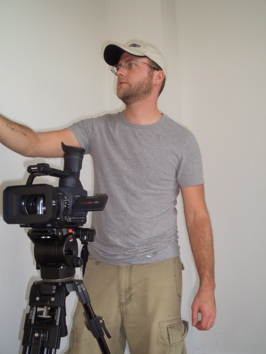 So, just a quick update. Check the tour page often, we're adding stuff daily. New photos in the gallery section. We're also looking around for the old videos I made when I was on those major labels. They're kind of a hoot, and it would be fun to make them viewable here.

So, more soon. See you out there on the road. And thanks for all the lovely orders and comments.

thanks for your patience.... the web store is really a pain in the butt, especially, sadly, for our European fans. Hang in there we're working on it. We want you to have this record!!!

Meanwhile, I got a kick out of Derek's top ten list, although I am wishing Britney and the dancing ballerina, (and Linsdsay Lohan for that matter) well:

Here we go, top ten reasons to buy "Careful What You Wish For:"

10. because it's unlikely Britney will have a new album this year.
9. all proceeds benefit the fishnet stocking manufacturer's association.
8. she'll be that much closer to buying her own home trapeze set.
7. it increases the chances of her touring in your neck of the woods.
6. each sale does its part in preventing a global recession.
5. let's face it: that "Back in the Circus" t-shirt has shrunk and you have not.
4. two words: road trip!
3. it'll pay for the dancing ballerina's imminent rehab.
2. because discs are shiny and mp3s are not.
1. the package was designed by an octopus!

And I thought it was about time to introduce to the web site my fabulous band from the Live In New York CD/DVD. They've been sooo good to me over the years. Lets give them their due. These pics are from the "Back in the Circus" tour. 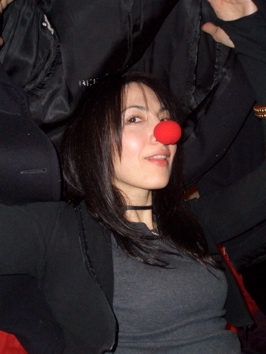 The absolutely amazing AnnMarie Milazzo. Now at work on "Carmen" on Broadway. She also did all the vocal arrangements on the new hit show "Spring Awakening." She is the BOMB. 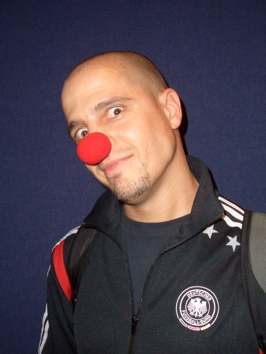 Darren Embry, the dancing bass whiz. You may have seen him touring recently with Maia Sharp. He also played a big role on her last record. Maia Sharp.com 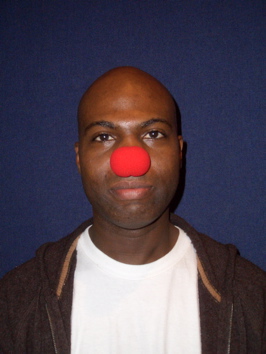 The ever cool Goffrey Moore of the devastating solo on "Inconsolable" from the Live In New York" record. At work producing fabulous sexy music in his studio in LA. He also mixed Maia Sharp's last record! 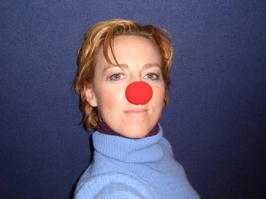 Me. Some say my obsession with the circus started when my mom came home dressed as a clown and would only answer to "Stoney." I don't want to talk about it. 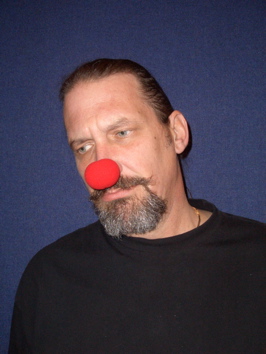 Paul Mitchell, our fearless sound man. He can make any crappy system we encounter sound like a million bucks. He also mixed the live version of "Gilded Cage." You can get it on I-tunes. 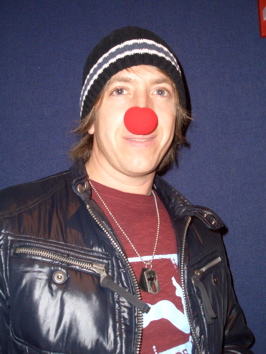 Rich Mercurio. Recently seen on Broadway playing drums on the Martin Short "Fame Becomes Me." Now on tour with Regina Spektor in Europe, but I get him back in May.

So bear with us with the orders. We're beating the machines into submission as we speak. And we soooo appreciate the support. If every one of you who signed up on the list BOUGHT a record, we'd cover our costs for three months. That's a HUGE deal to us. So good on ya. Bring it on. All the best.

March is here, Yikes,
We're still working out the kinks, swatting at the gremlins in the new site.
The shopping cart is proving very stubborn, but we should be up and running and taking orders for the NEW RECORD on Monday!!!!! New gallery pictures coming once we figure that stuff out.
Meanwhile back in Philadelphia, I got to be a fancy pants guest at the WXPN beggar's banquet.' I met some fabulous lovely people, 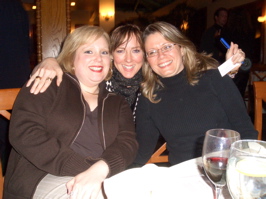 ate a ton of great food, danced like a crazy person and hopefully raised a bunch of dough for the best radio station in the country. Rhett (heartthrob) Miller was there, 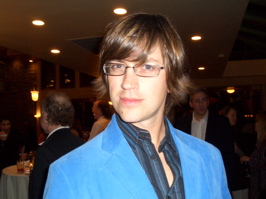 the ever wonderful Michaela Majoun and David Dye. 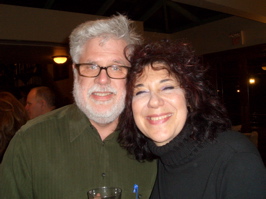 I won a magnum of chardonnay from the silent auction. Pretty much a great evening.
Also sang a little background sweetness last week for this cool artist named Ellis. (ellis-music.com) Lovely to hear her and work with Ben Wisch (PLUMB) again. 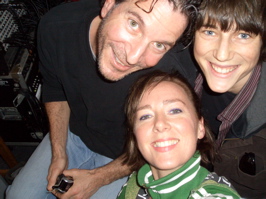 More soon, remember to pester your radio stations about "Careful What You Wish For." 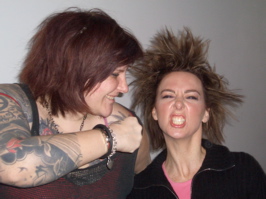 P.S.
we're working on a video for "Careful What You Wish For" Our lovely hair person Kerri insists this look is all the rage. 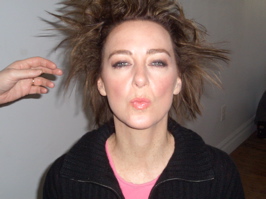