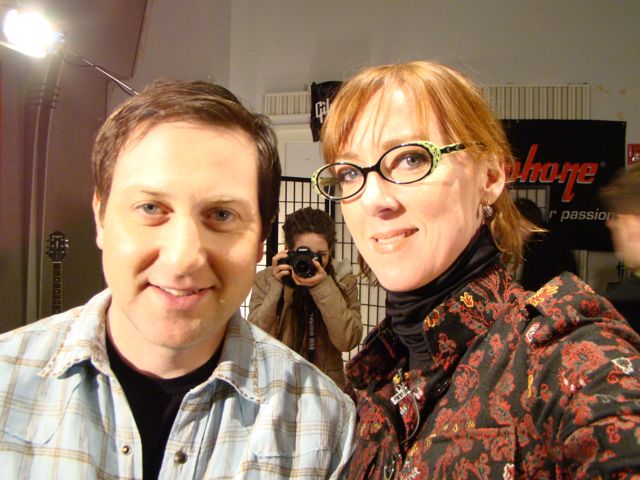 Jimmy Lloyd is creating a tv show for NBC NY non-stop. High end production, cool studio, actually the former HIT FACTORY courtesy of Gibson guitars - it was all I could do not to walk out with few choice items. Think of "the actor's studio" but with songwriters, and perhaps a little more irreverent fun. 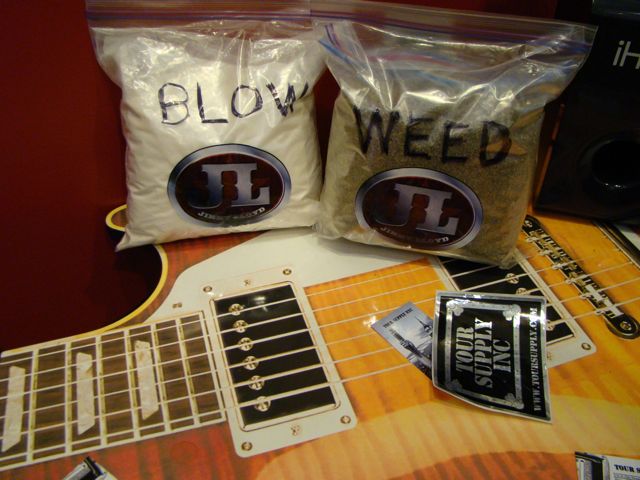 They had everything we needed from the get go. 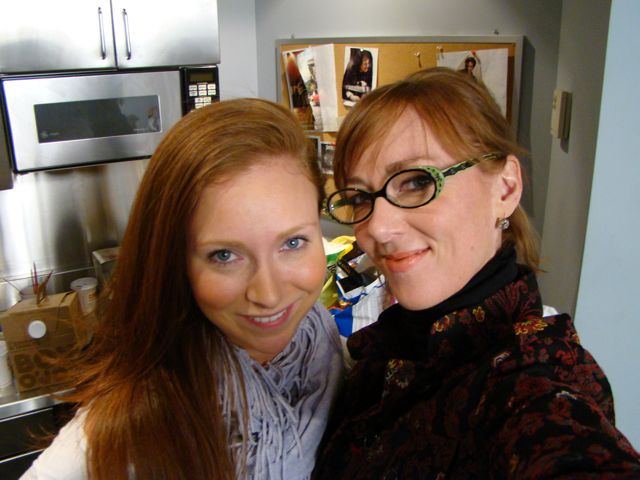 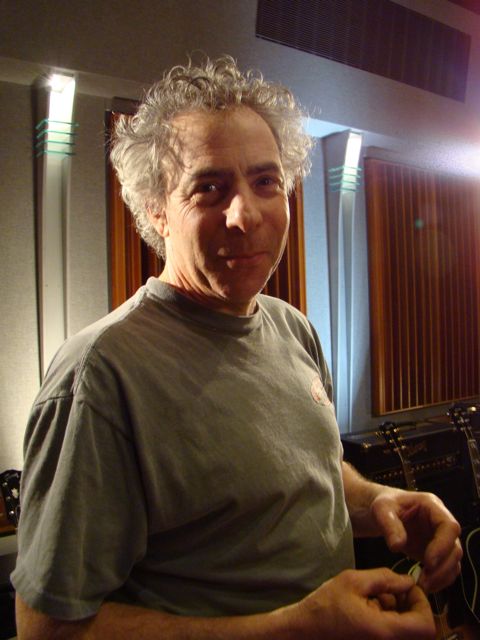 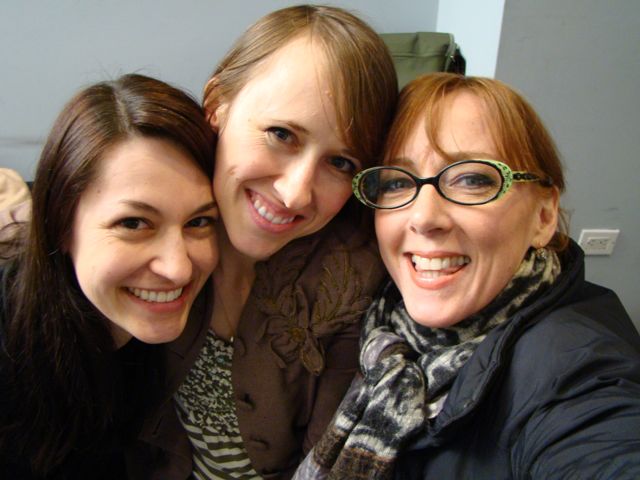 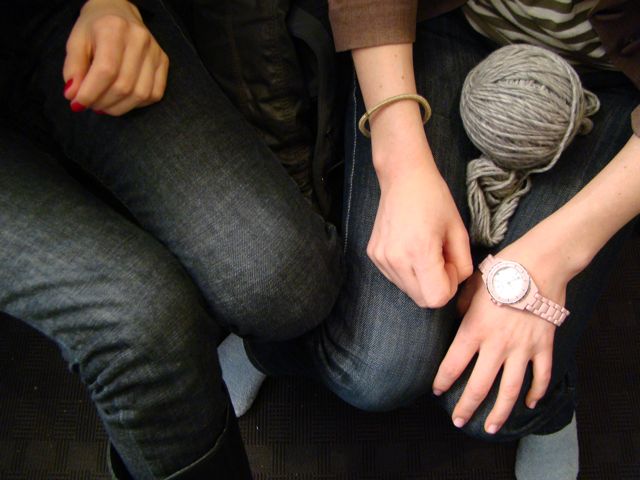 of course, even knitting during down time. 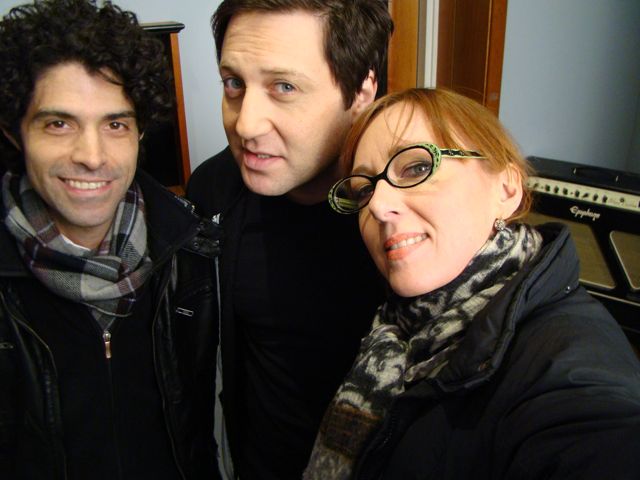 Jimmy did one of his own songs too. accompanied by the fabulous Oscar. (hope I got that right, I'm getting really bad at names.) Ari Hest was there, but skedaddled early. Adam Levy did a beautiful song too.

I got home and told mom what I'd been up to; she burst in to her own tune, first a hymn, then "alouette, gentil alouette - je te plumerai le nez" - she's great at making up harmony. Then she always says, "hey, if we were clever, we would write a play about all this. I bet we'd make a lot of money. Are you getting this down?"

I'm on a committee here in New York, that gives me some cool privileges...I got to go to a Grammy Party for New York nominees at Gracie Mansion. And, yup, I got to meet and kibbitz with the mayor and get my picture taken.

I finally understand how the whole paparazzi thing works, why, oh, Katy Perrry, for instance, always seems to be looking right at the camera, even though there are probably 20 at any given time flashing from different directions.

Well, Mike explained it all. "Ok, start left, he said, and then pan slowly to the right so that everyone gets their money shot. Just follow me." 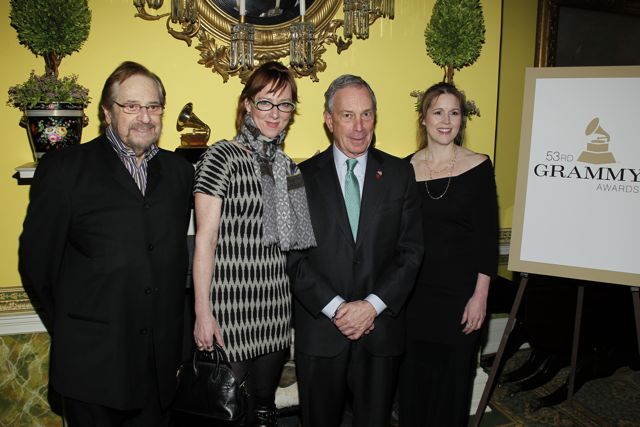 I love his little smirk. I thanked him for the smoking ban. Police commissioner Kelly was there too. They all stayed way longer than anyone expected. The rumor was that they were really having a good time hanging out with real musicians. They didn't really want to leave to go do more boring civic work. Cyndi Lauper was there. Roseanne Cash and John Leventhal, that's Phil Ramone to my right, and Jennifer Blakeman to Mike's left. Wheee.

We also got a tour of the mansion. Not bad digs. Although Mike lives in his massive brownstone on 79th street instead.

And, speaking of the grammys Viva Esperanza Spalding! I know it was controversial, but I think it was pretty cool.

I don't think it's malicious or angry on her part. I think she thinks she's ripping it up, tearing the pictures out to make something new. But it was a bit emotional. Why THIS book? I wanted to ask her. The very one she'd protected so fiercely from perceived treachery, thieving caregivers. The imaginary crowd that is always looking over her shoulder. 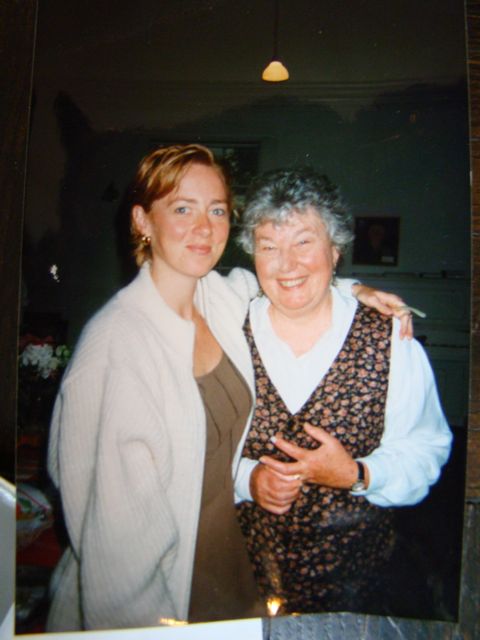 How do we ever know what's really going on in dementia's mind. 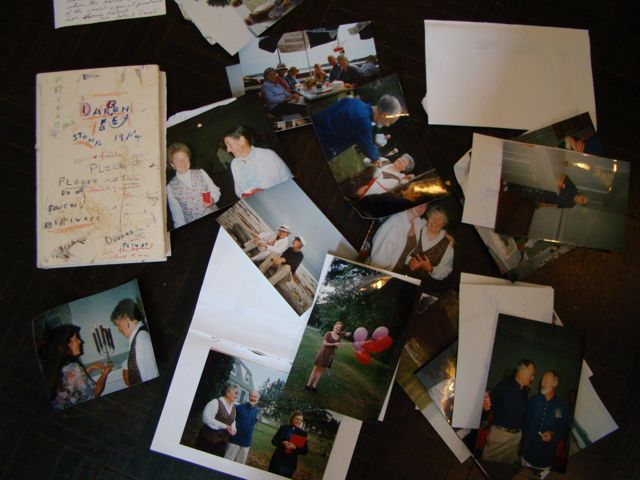 Then, this morning, her favorite thing. Word play. She corrects my grammar:  "No it's not 'that works good for cleaning glasses,' its 'that works well.'"

me: "right mom, I will pay better attention! That DOES work WELL."

mom: "I'm going to have to send you a bill for the education."

mom: "Well, Bill ran off with that other woman, so you're off the hook for now."

Where does she get it? She still loves to make me laugh. 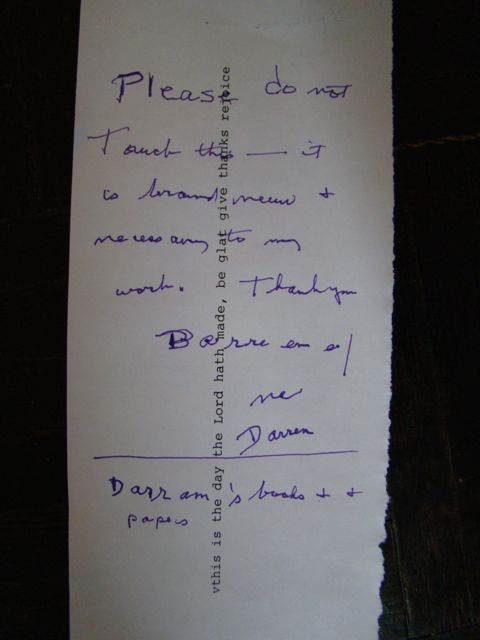 Later, this was taped to the typewriter.  "This is the day the Lord hath made. Do Not Touch."

Martie kept insisting that we do a pyramid on our last night together. We thought she was kidding. Nope. 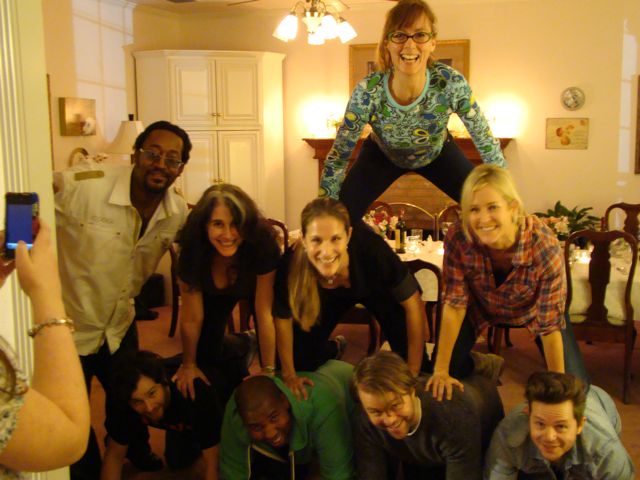 In fact, this was my first pyramid experience, and now I think I will have to make it part of the repertoire. Great for team spirit. Especially because I got to be on top!

Let me explain; a bunch of us got together for a little concentrated songwriting time. We didn't have to worry about cooking, cleaning, local dramas, international crises, spouses, lovers, children. Just pure, perfect Texas days, and the liberation of being with like minded creatures in pursuit of great songs. 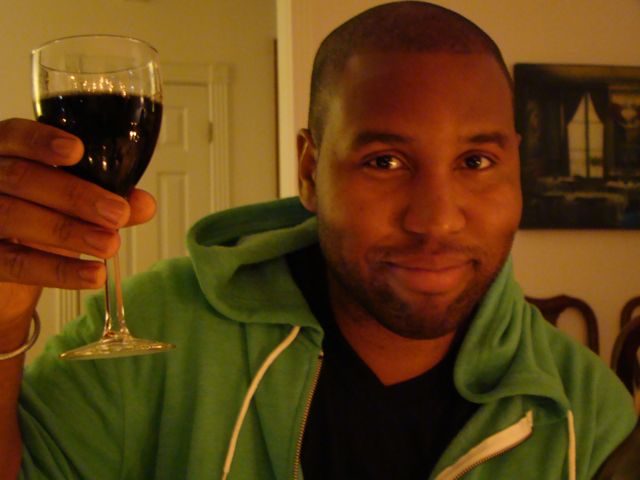 the wine was the perfect elixir 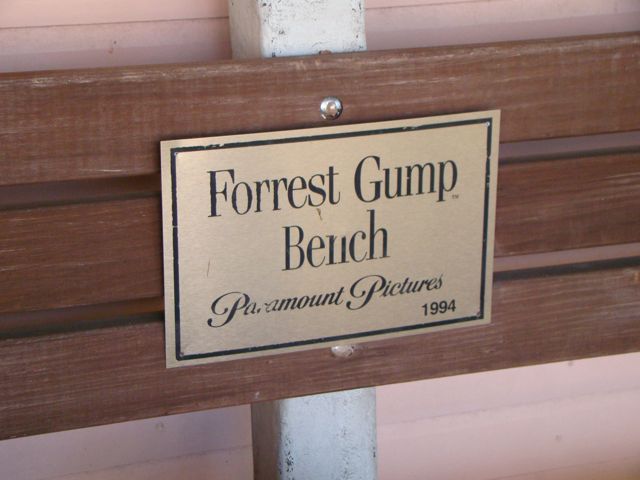 we all felt special 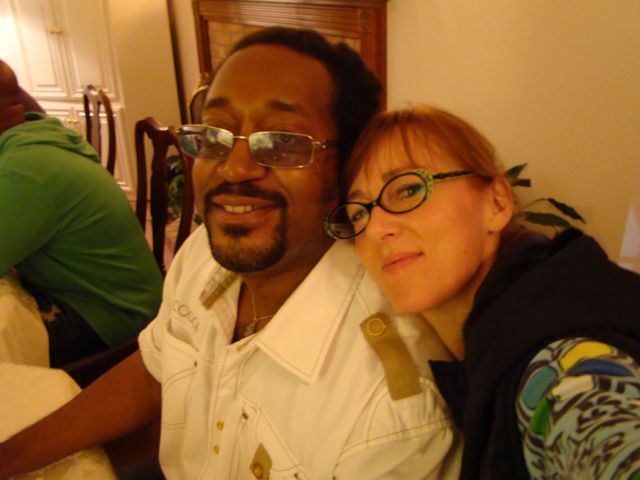 my heart went pitter pat, and we wrote a killer song... 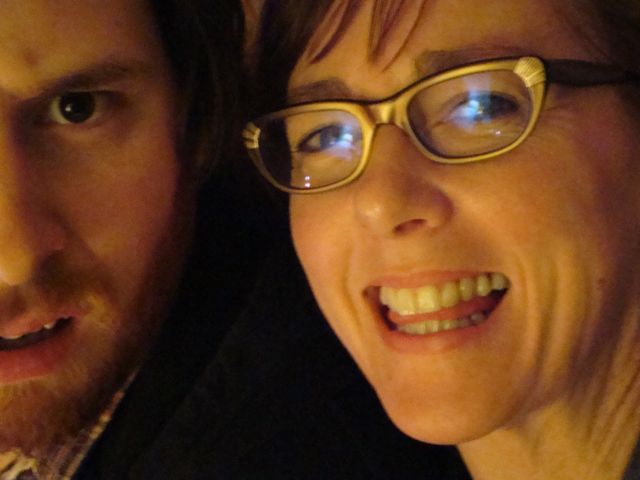 ok i had the zoom on by mistake 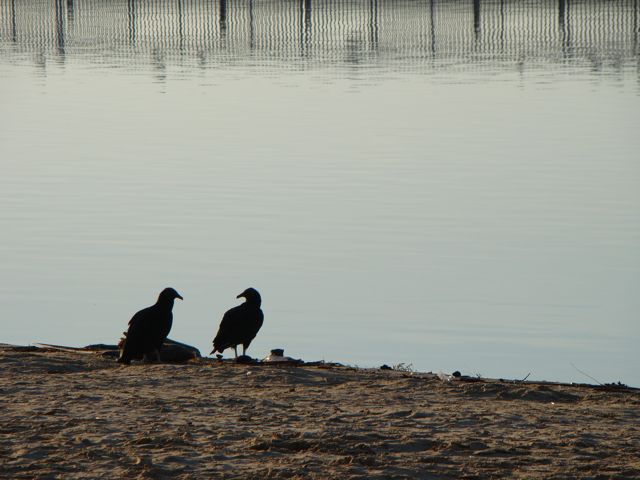 morning by the lake 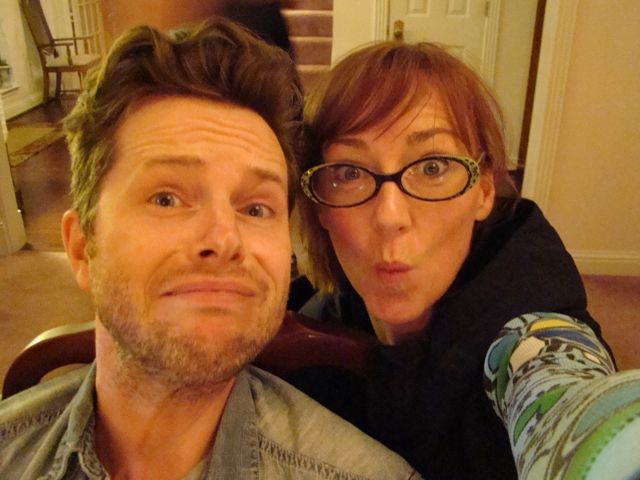 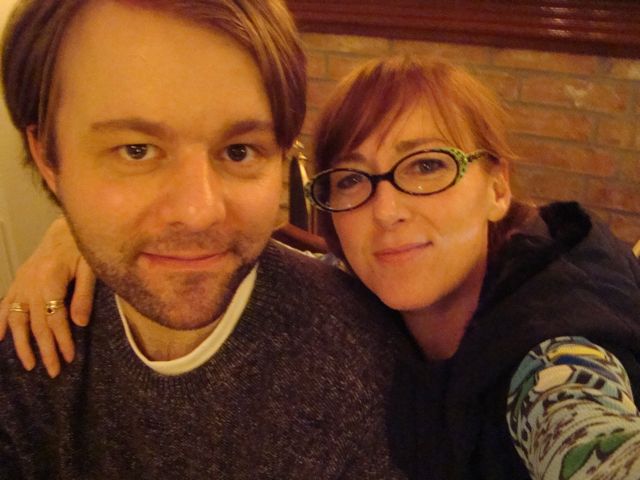 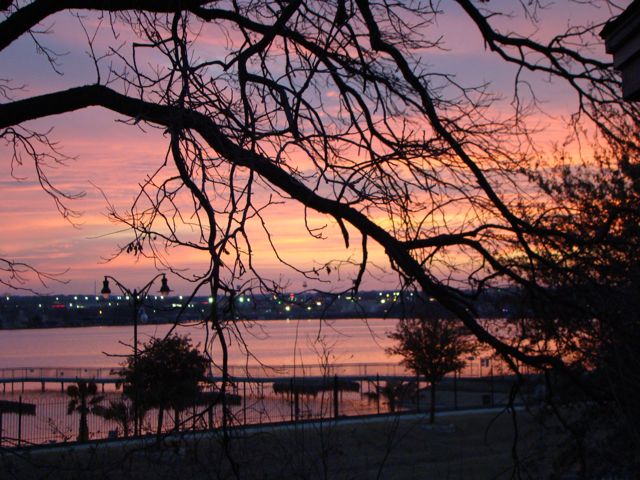 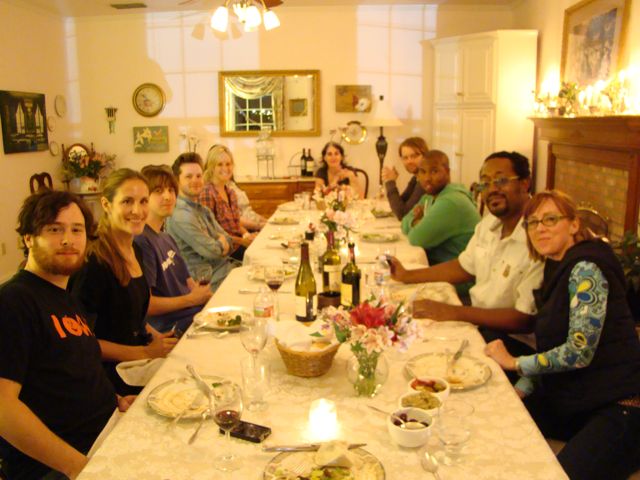 then we took it to church. amen.

My mom and dad were married for 37 years. Then they divorced. Four years later they married - each other, again. My brothers and I were invited to the wedding. They couldn't make it. So I was the only kid representing. 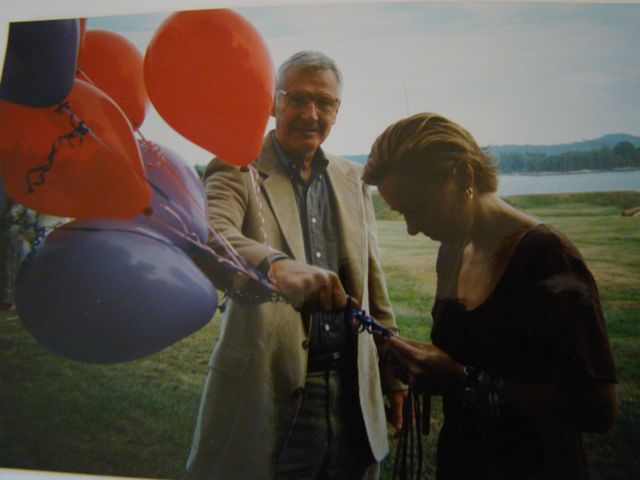 My uncle Jay and me.

It was a little odd. None of us was too sure it was a good idea. Leave well enough alone, we thought. But there they were, for better or for worse, again, on the blustery coast of Maine before a gaggle of townspeople and friends. 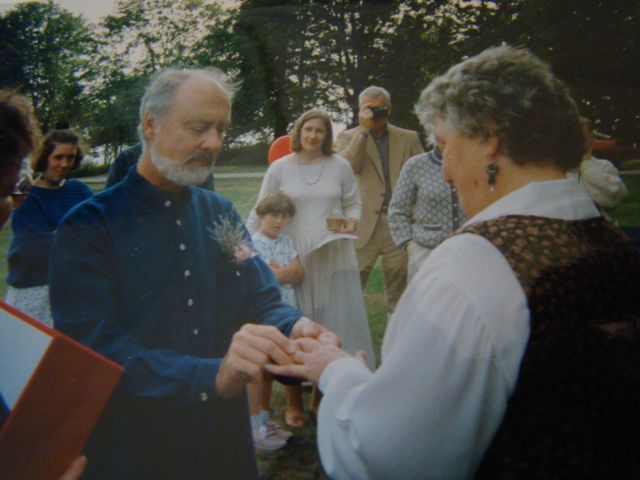 My mom has been obsessing over the tiny photo album from that day. She pores over it, asking who each person is. Once, she was a little foggy about dad, but then recovered! She hates the beard now. Although she can't remember the name for it.

She is convinced someone will steal the album, and so has been writing "PRIVATE, DO NOT TAKE, PLEASE." all over the handmade front cover. 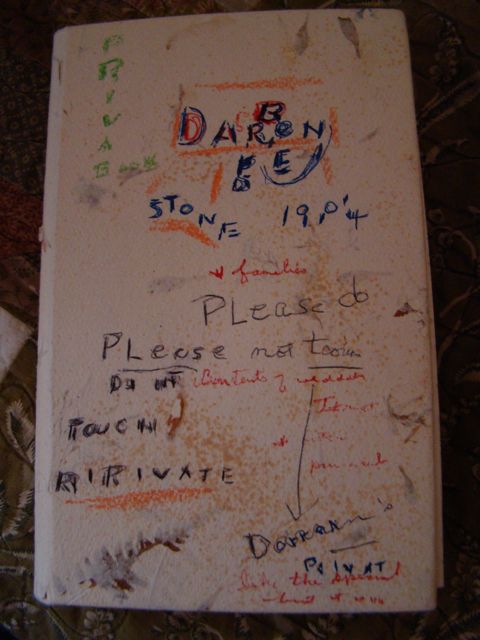 She misspelled her name too. But it's so colorful. She is making excellent use of the crayons I gave her for Christmas. 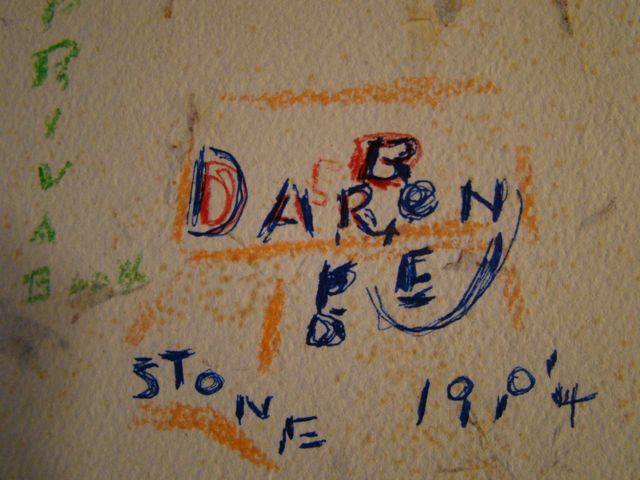 At the end of most stories, or songs, she'll say, "You know, we should really make a show out of this. We could make some money. And we could call it 'Stoney's Baloney' (Stone is her maiden name.)

Ten minutes later she pulled out her best bit for my husband. Whenever she sees him she'll put on her version of a New York accent and say: "Are you Married?" (I'm not sure what movie it's in, but it is her favorite scene to quote. A woman who I'm assuming is a prostitute is being booked in the local precinct. She asks, man to man, "Are you married" then proceeds, "my mother says, I should get married, my friends say I should get married. Everyone thinks I oughta get married. But where ya gonna find a man?"

My husband always replies, yes I am married to your daughter. She didn't miss a beat: "Do you think the muffin man is married?" 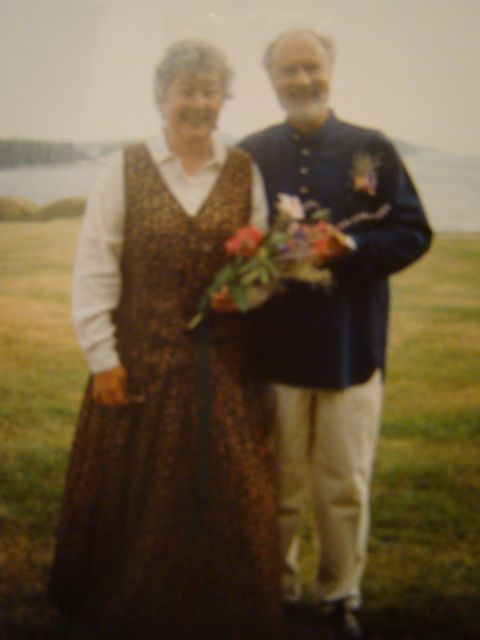 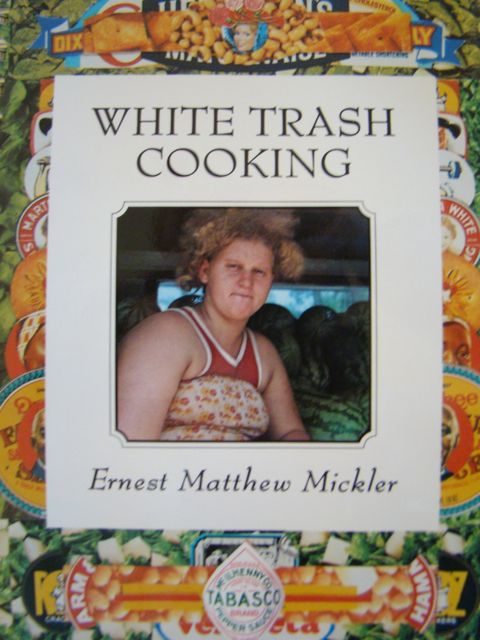 According to the author, you only eat possum in the winter. DUH! And "There's only one thing to serve possum with - sweet potatoes."

Remember to clean it as soon as possible after shooting. 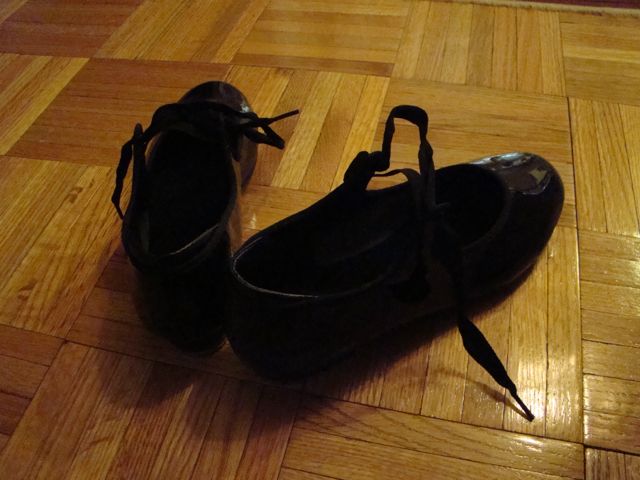 So I am working on a routine that I will hopefully be able to share soon, unless the neighbors shoot me first. I'm sure the folks downstairs are NOT really loving my earnest efforts at the time step. 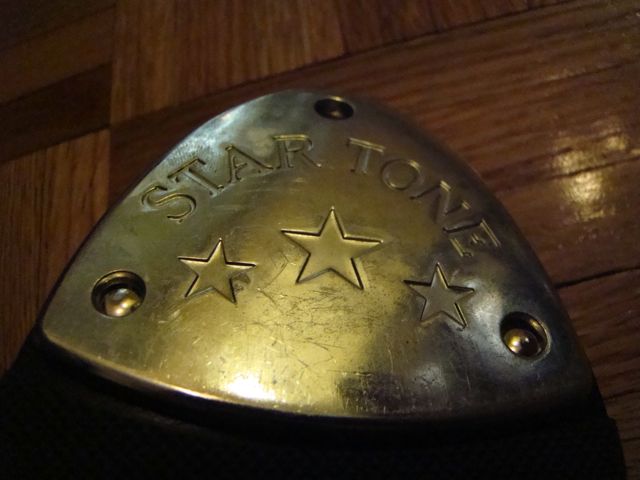 As a strange and bittersweet sequel to yesterday's journal, one of Mom's poems from years back was just published in the Christian Science Monitor.

A spider's web beaded with dew bridged low
from bush to bush across my path, sturdy
enough to catch my knee, complex enough
to make me glad to go around.
I waited but she never showed to calculate
the geometrics of a day's hard spin, no
breakfast gained. I figured she would mend
the break, catch something for a later lunch.
And yet the incident had shaken me; musing
about her intricate design I thought of Mozart
writing sonatinas at age six, of Michelangelo
who said: "Tell me if anything was done."
How genius works without acclaim, simply
performing what it can to get some daily bread. 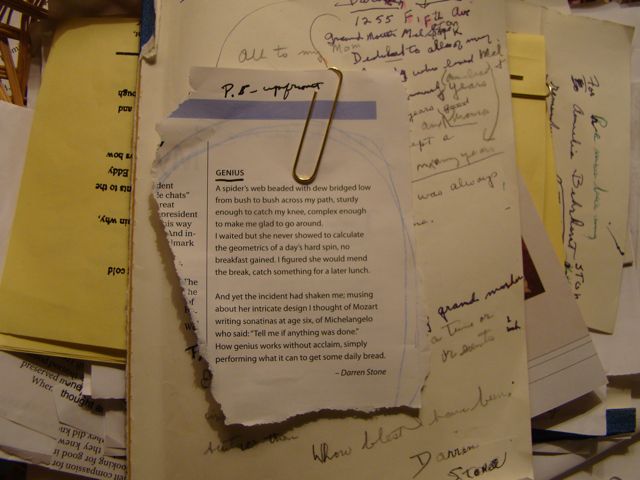 I brought it to her, she burst into tears. Later, she had ripped it out, and it simply joined the pile of things in her basket that she shuffles through every day. Just underneath, on a book of her poetry that she has been dissembling, you can see where she has scribbled "How Blest I have been."

As mom sings to me most mornings, "Oh sweet mystery of life I love you dearly."

The other day I suggested that my mom get working on a new book of poems. She's been musing about making one called "mothers and mums" and much of her day lately is spent cycling around that. But she's already written that poem about 20 times!

To get her out of her rut I told her, "Hey mom, maybe I"ll give you a title and that will spark something new! It's something I do when I'm stuck in the songwriting process -  I give myself assignments. So why not write a poem about starlight?"

I didn't think she really got it. I wasn't sure how much she had understood. Her cognitive powers are inconsistent at best.

Today I found the crumpled scribbled paper on her table.

on the one side I had written "STARLIGHT,"

on the other, she began:

Everybody loves stars, whether they are near or far,

they can tell you when and where they shine for people.

Each day stars love telling us night or day, time to work or time to pray;

everybody loves a star.

love to guide us

at night a star can tell us "this is the way, right

over here" and morning is the wonder still of stars on high.

then lower down, almost illegible, back to "mothers and mums"