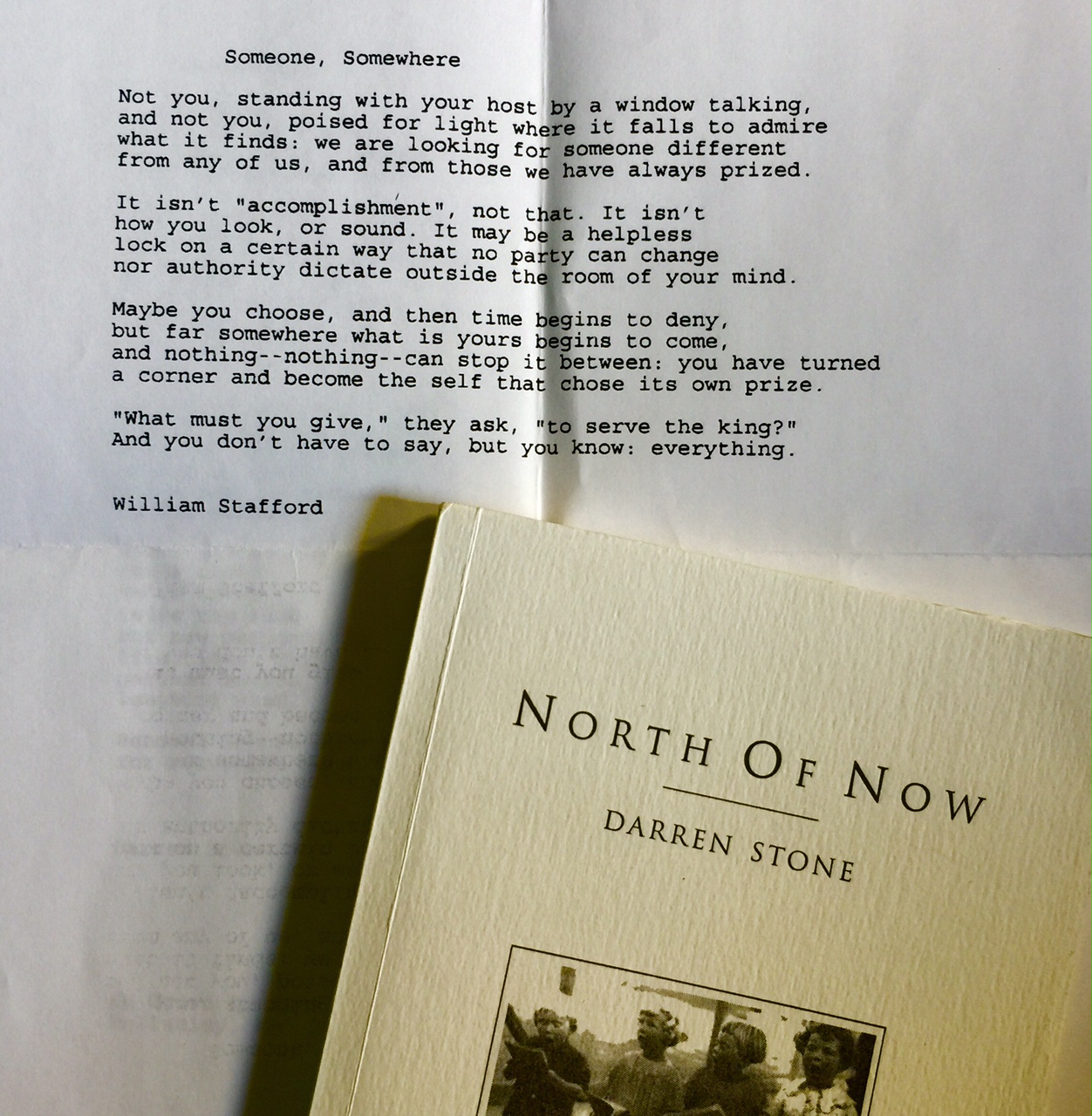 My mother lived for Poetry - Every letter she ever sent me included 2 or 3 poems, - in later years, the same 2 or 3 over and over again.

Today, I pulled "North of Now" - one of her own books - off the shelf. Out tumbled a William Stafford poem. Unfamiliar. I searched and found only one untitled reference to it. When I compared it to mom's typed up version, I found she had created her own "Stoney" version, including a new title. Nipped and tucked his words.

When dementia stole her ability to create from scratch, she reveled in "editing" other poets. Stafford was her all time favorite (Often, she would laugh and insist he had really stolen his poems from her in the first place)

Silly, loving, bewildered mom. She is my "So Much Mine" - And it's still a beautiful poem.