JOURNAL
February 2012
so many songs 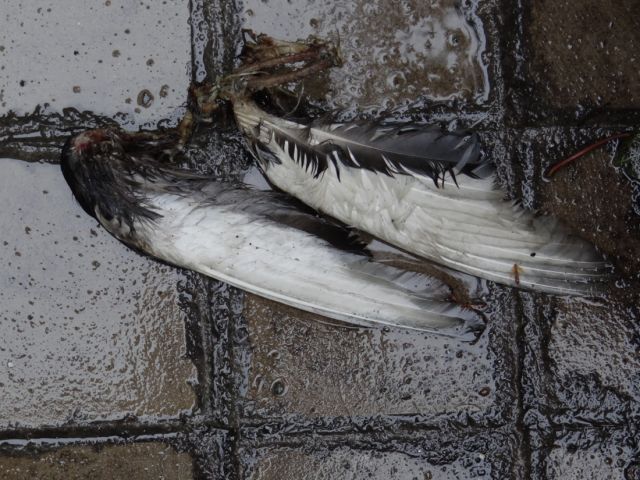 ten cent wings? Nah, I think there's a big hawk in the neighborhood, but somehow he managed to drop only the wings of his prey onto our tiny terrace.

I used to joke on stage all the time about the wealth of material my mother provided for me. "Thanks mom" I'd quip. But it's true. Like any mother and daughter, there are complicated strains and stresses. But we had parallel desires to just get it right. Write it better, say it, sing it in a way that moved us, and then hopefully whomever would hear or read what we'd done. 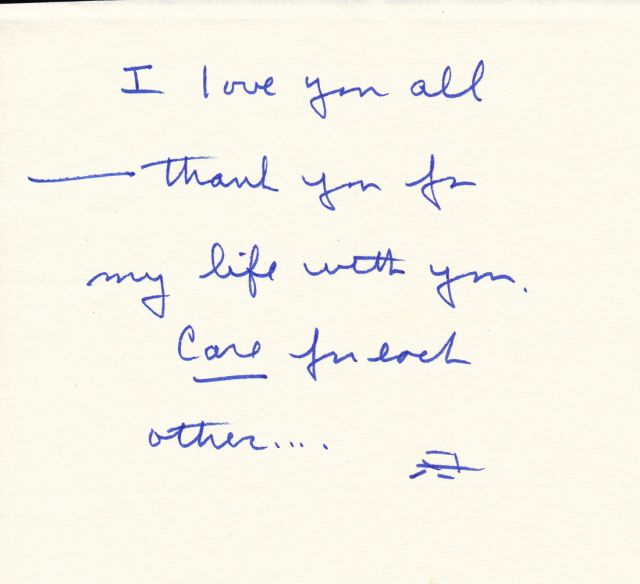 Just Friday, I found this note paperclipped, (my mother loved her paperclips) to a card I had sent her years ago)

We never spoke specifically about the more difficult songs i wrote around my parents' divorce, their re-marriage (to each other) we weren't that kind of family. Sure, my mom would say, "I can't understand what you're singing, you really need to enunciate more carefully." And maybe when she was in the audience I was nervous that she WOULD get the words and so mumbled conveniently. But she never questioned my lyrics. And I can't believe she wouldn't have read the liner notes. I like to think it was a professional respect for poetic license. Her poems were never accusatory or dark like some of my songs, so it didn't really cut both ways. 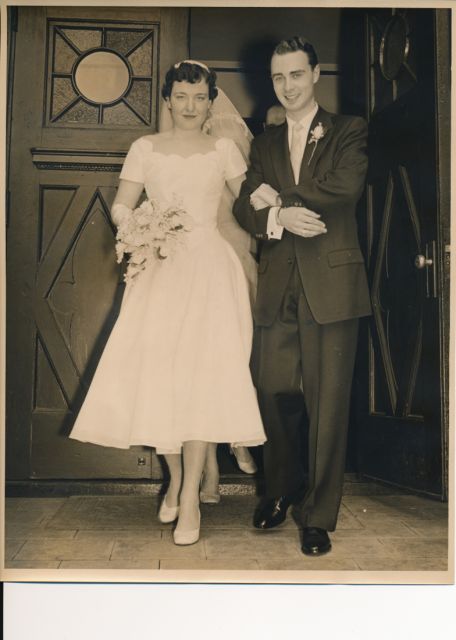 I guess I have to give her credit for never fighting me, never criticizing what must have been harsh words for her to hear. I do remember struggling over the first line of "The Angel in the House" for over a year. ("my mother moved the furniture when she no longer moved the man. We thought nothing of it at the time.") My brothers urged me not to record it. It was too much. I tried a hundred other lines. I tried everything to soften it. But the song sucked without its opener. If it hurt her, she never said. "Love is the Perfect Crime"? Not a peep. "Walking"? Nope. "Blood From a Stone"? Never. 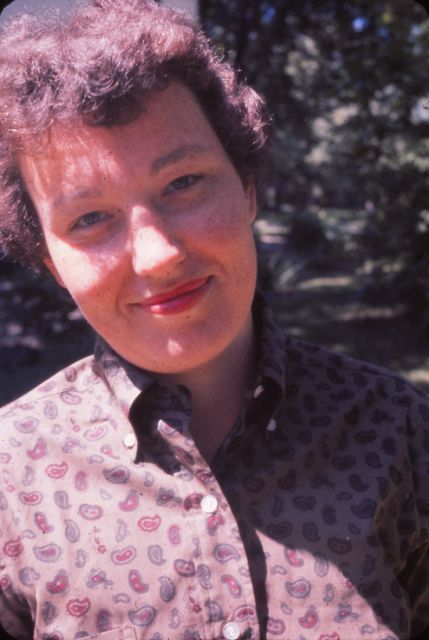 Just the other night at the Folk Alliance in Memphis, I decided at the last minute to sing "So Much Mine" and as I introduced the song, it occurred to me that I had finally felt 'motherhood' - gone through some of the hardest parts of 'mothering' in mothering my own mother. I really had to fight to get through it - Conjuring goofy pictures of dogs, clowns, anything in my head so I wouldn't cry at "You were so much, so much mine, now I reach for you and I cannot find you." It was one of those full circle moments. I get it now. Thank you mom, for my life with you. You are so much mine, and I am so much yours. 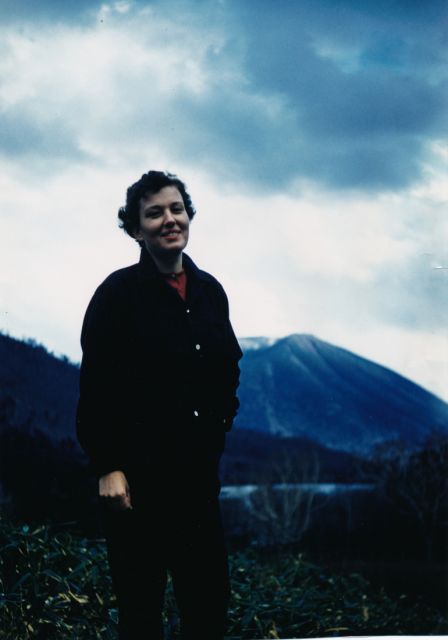 i love you all

I dreamed I saw my mother. She didn't say anything but she met my eyes. We held each other's gaze. I said, "There you are, I've been looking for you." 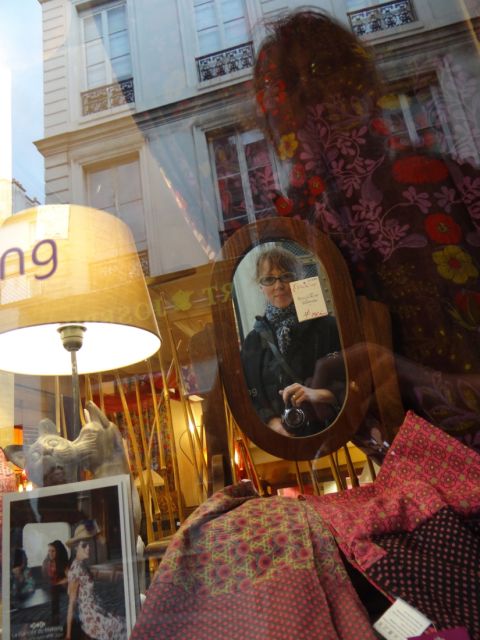 My husband had to be in Paris, again. I certainly didn't want to be home alone, although I have plenty of work to do. So I tagged along. Happy to be anonymous, although terribly strangely homesick for the life that tethered me and yet taught me so much these passed years. 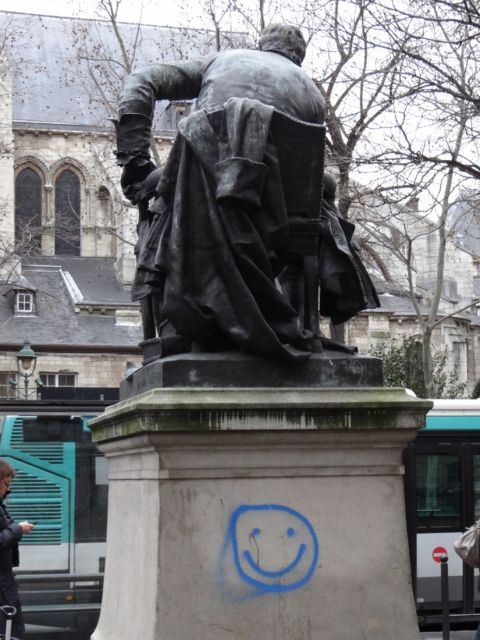 What a bummer. Is nothing sacred? I suppose it's better than profanity. 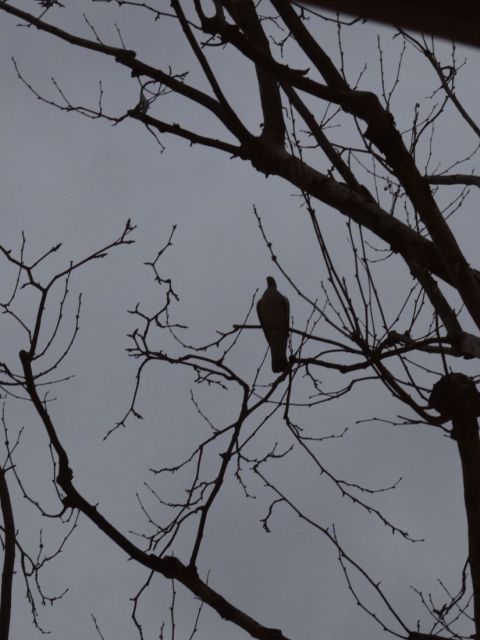 I do miss her so. And, funny, her demented persona was so vivid, that I have a hard time conjuring "normal" mom. I suppose that will come. 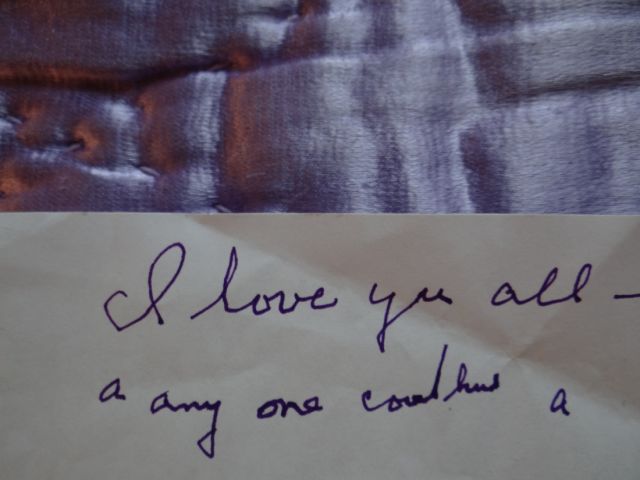 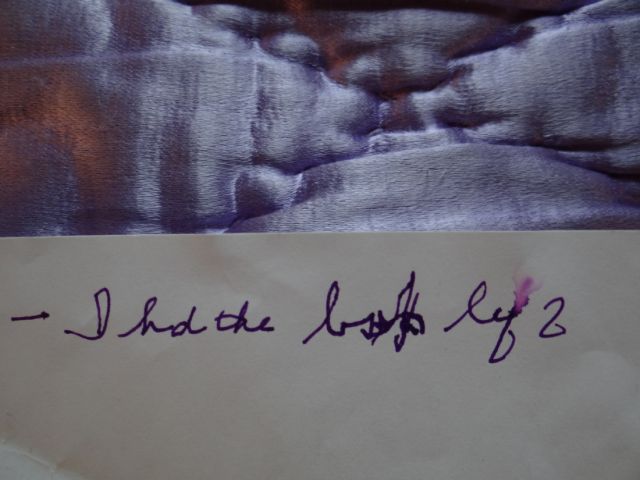 "I had the best life anyone could have had" 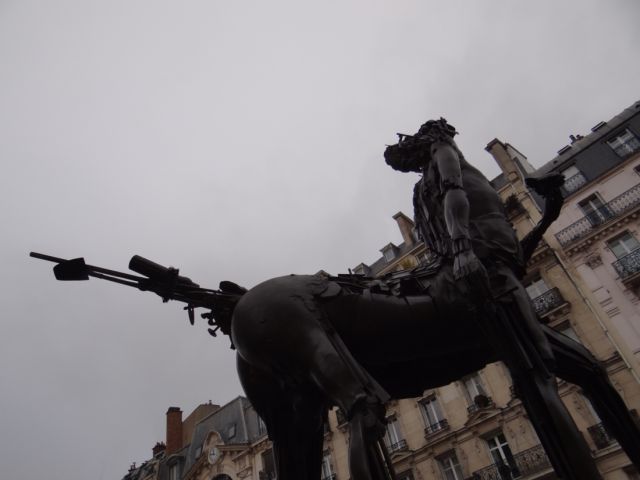 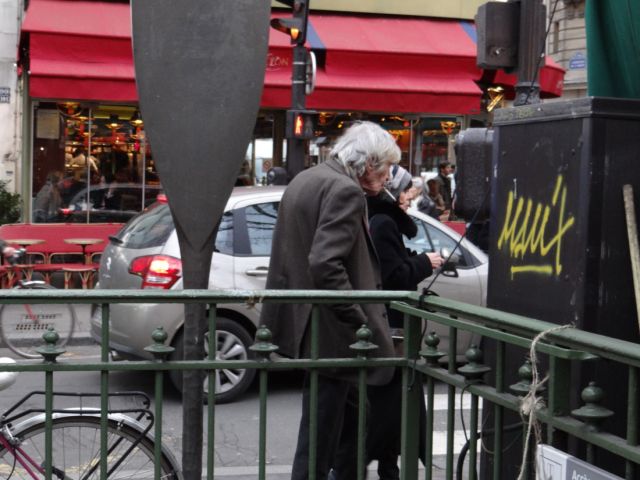 At least some things are certain. They're still smoking.... 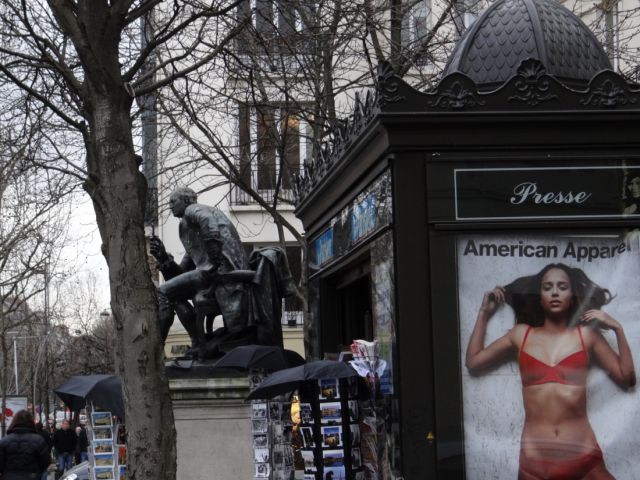 I hadn't left the building in ten days. When I finally ventured out, I was a bit superstitious. It made it more final, (as if death weren't final.) But still, I managed to raise my camera. My first picture, my shadow; my second, my dear brilliant friend Caroline McHugh. Everything was ok. Life went on. 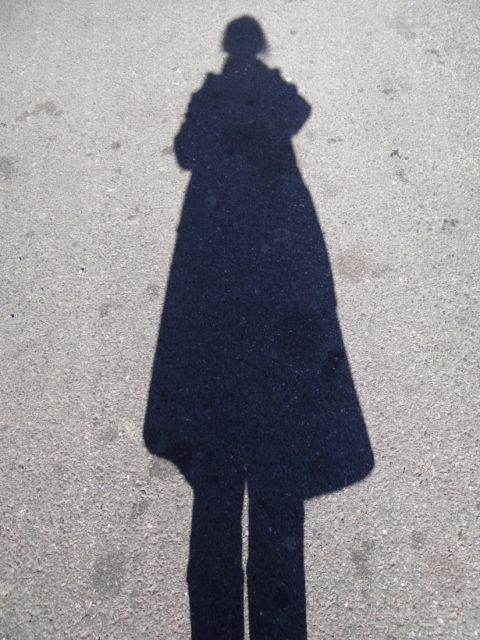 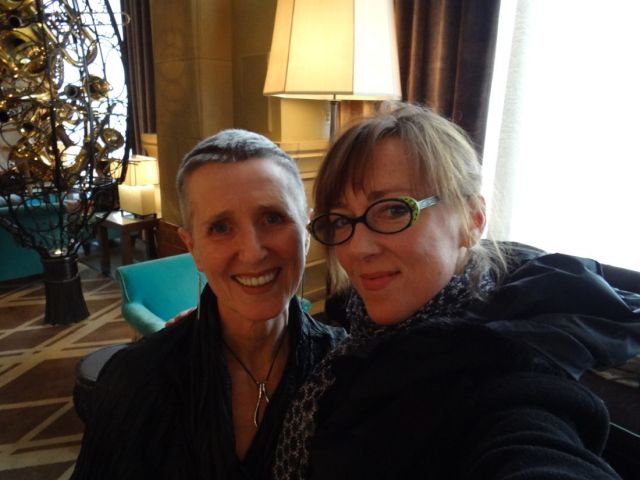 Caroline McHugh of "Never Not a Lovely Moon" and IDology. 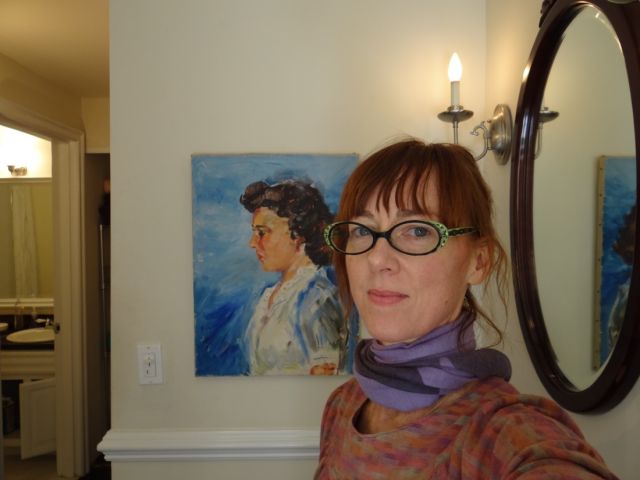 I can't thank you all enough for your thoughts, prayers, flowers, wishes, reassurances. My story with my mother has been so rich. In every fibre of our beings we were tested and rewarded - both of us. I had no idea what I was getting into when I moved her here with me, but it was a calling, deep and lonely, that I could not ignore, and I'd do it all again in half a heartbeat.

In the muddle of her dementia, my mother found the rapt audience she had always sought. We were constantly surprised by her spontaneous "Stoney" theatre. She loved to make us laugh, she would come up with nonsensical songs daily, or at least deliver the "Cream of Wheat" jingle on cue. Her arm gestures alone were a private ballet. She rhymed, punned, deadpanned.

She was generous and loving to the end - always concerned that there be enough ice cream for everybody. Some days she would even try to give her beloved "doggums" away because someone else might need them more than she. "There are probably some orphans who've never even had a doggum..." 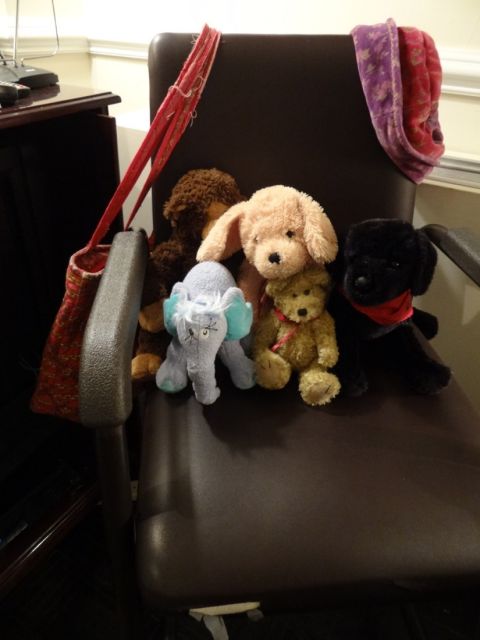 Often, after coming up with some delicious play on words, she would laugh her deep laugh and say, "Gotcha! Jonatha, this is good, are you writing this down? We could make a play out of it."

I WAS writing it down. Every word.

From the time I realized how much she needed me, even to today. I felt this fiery imperative. Survival? maybe. Lemonade, sure. But this story is larger than just me and my mother, - it's unconditional love. Deep connection. Music that is older than the universe.

I have been writing, and singing this story, really, my whole lifetime. And so, what I am doing next will be larger than just "my next record" or more journal entries. It's all of a piece i think: Music, writing, photographs...and Mom has been egging me on from the start. My mother was a woman who was constantly questioning and searching for her own identity, but somehow she endowed me with a certainty of mine. She would tell me, even as a sobbing confused teen-ager, "You were aimed from birth."

I am so lucky to have had this time with her, and to be able to begin to tell the whole story. 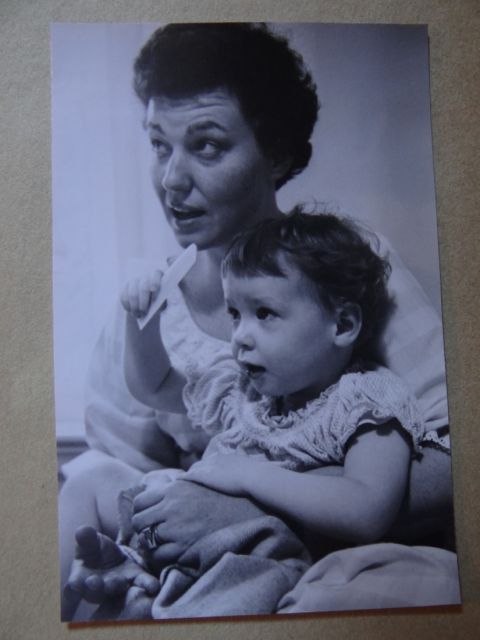 My mother: "I feel as if I have 100 years of talking with you and coming and going...Oh Jonatha I do love you. I want so awful much to be able to do what everyone is doing, but I have to go home. I'm so tired from having a good time."

Darren Stone Nelson died peacefully, with her family at her side, at home in New York City, on Tuesday, January 31. She was 80.

Born Nancy Lee Stone in Pittsburgh, Nelson was a poet and columnist, mother and grandmother; camper and musician; friend, dog lover and clown. She attended the Shipley School in Philadelphia, Principia College and Northwestern University, and began a career in journalism at the Christian Science Monitor in the early 1950s, where she met her husband, Robert Colby Nelson.

During the 1960s, while living in Chicago and Boston, she wrote the weekly Looking Homeward column for the Home Forum pages of the Monitor. Her topics focused on family life and childrearing—lessons and observations drawn from her three children—and cultivated a loyal, appreciative readership that followed her long after the column ended in 1970, after a ten-year run.

In the 1970s, she wrote a column for The Town Crier Newspaper when the family lived in Weston, Massachusetts.

In the 1980s, Nelson was an editorial consultant for the Christian Science Publishing Society in Boston. Long after her retirement, she continued to publish poems and articles for the religious periodicals. Poetry was her first love, and she eventually collected her work in three volumes: North of Now, Peaceable Kingdoms, and Always Home.

In the course of family and professional life, the Nelsons lived in Chicago, Boston, London, and Castine, Maine, and maintained deep friendships from each period and locale.

Nelson and her husband particularly loved Castine, having discovered the town during a weekend getaway in the 1980s. They owned a house on the town common, where generations of Nelsons visited for summers and eventually resided. She lived in Castine full-time from 2001 to 2009, delighting in family proximity and small town life, particularly daily trips to the post office. When she lived adjacent to the common, she adored watching the Adams School children at play, greeting trick-or-treaters at her door on Halloween, or visiting the Witherle Library as Stoney the Clown for children’s story time.

Nelson was predeceased by her husband, and is survived by her brother Jason C. Stone of Chatham, MA, and her three children and their spouses, Todd and Lesley Nelson, Derek Nelson and Emma Leslie, and Jonatha Brooke and Patrick Rains of Philadelphia, Cambridge, and New York City, respectively; and five grand children: Spencer, Hilary, Ariel, Callum and Imogen. Services will be private.