It's November!!
I was going to be Dorothy last night for Halloween, but I couldn't find my ruby patent leather mary janes. I guess I gave them to Goodwill -- what was I thinking? Even up in my neighborhood the little kids were out in force. That was nice to see, and it was so balmy. I remember trick-or-treating as a kid and lasting ten minutes because we all had frostbite.

Sheesh. Where have I been all fall. I guess pretty much everywhere. I have such a weird smattering of photos from the last couple months, I'll try to remember what they all mean and where they came from!

I'll pick up from where I left off, Copley Plaza was good fun, although there were gale force winds at play, so guitars were tipping off stands and microphones falling to the stage. It's rock and roll. We rocked and rolled. It was great to play my home town again and have the support of the mighty WBOS and my pal Dana Marshall. We even got a bunch of fans from my highschool to come out. It's two blocks from the plaza. Matt Nathanson played too (WAY GOOD) and stayed until the sun went down so he could hug every single one of his fans. 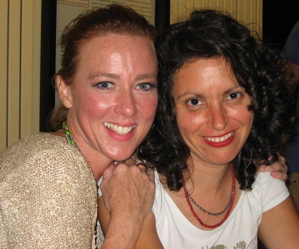 I did a benefit in Hartford with the ever lovely Lucy Kaplansky. So fun to hear her again and sing a couple songs with her impromptu at the end. Irwin Nussbaum, who gave me my very first gigs at Amherst College, was the mastermind behind this show. What a treat to work together again.

Then it was off to Denmark. I know you statesiders are getting sick of me gushing over the Danes, but I'm just saying, it really is great over there. I did a bunch of solo shows... 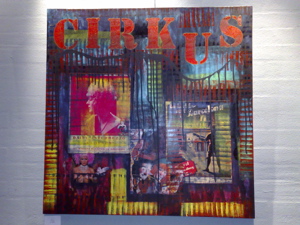 there was a circus exhibit in Hillerod in the gallery next to the concert hall! 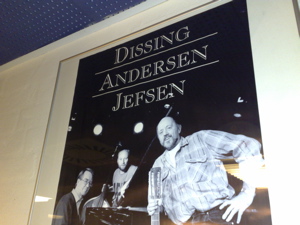 and some fun posters backstage. (why were they dissing Andersen?)

And then the band showed up and rocked the second week... 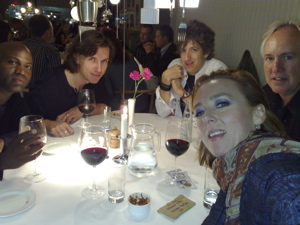 dinner in Aarhus with the boys....
ending in Hamburg at the Reeperbahn (yes, THAT Reeperbahn) Festival. No I didn't get any good pictures! But it was a little crazy.

Had a little press time and the Bob Harris Radio show in London. I also got to train up to Ely and write a couple of songs with a new discovery Boo Hewerdine. Fine day, one and a half down. And he had the best album cover I've ever seen in his living room. 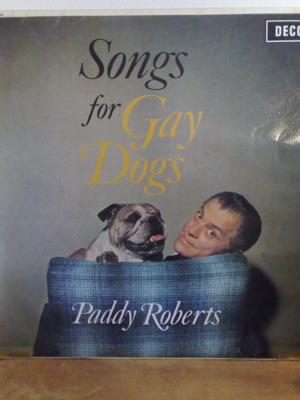 Then I spritzed to Moscow for three days. Rainy and cold, it was rough because we wanted to walk and see stuff but it was pouring without a break. The traffic was beyond frustrating. Never seen anything like it. I did get to see Randy Crawford and Joe Sample at the Russian Philharmonic hall, ( I'm a huge fan) but that's about it. I guess I'll have to go back. 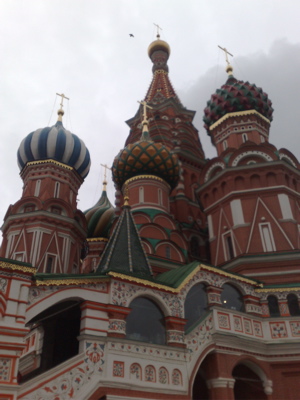 my one tourist shot.

Back to the UK and three lovely dates around parts I'd never seen. Milton Keynes, York and Bristol. I stayed literally fifty paces from the York Cathedral 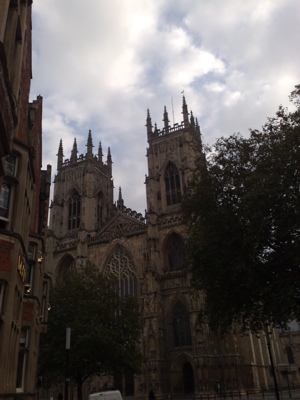 and played in an 11th century church. The stage was over many grave stones. Kinda eery fun. Thanks all who came and hung out on the UK adventure. I really loved playing there and I will be back next year. Feels like home.

I can't believe I've already been home for a couple weeks. Well if you don't count Cincinatti, Nashville and Minneapolis. Cinci was like being with a crowd of old friends. Really warm and fun. Nashville rocked cause the band flew in for that one. Of course I had a complete brain freeze in the middle of my Peter Pan song. Freaky, but I recovered and feel fine. It was so nice to see my songwriting pals. 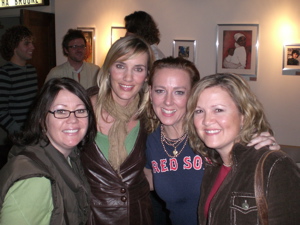 Minneapolis was so full of in-laws, cousins, distant family and friends it was like Thanksgiving already. Bring it ON.

See ya out there. Bring your pals and some dark chocolate.

Oh, and did I mention how psyched I was about the RED SOX?