JOURNAL
March 2008
me and woody

We recorded thirteen songs in two days in February. There was magic in the room. I don't think I've ever been so inspired. Steve Gadd played drums, 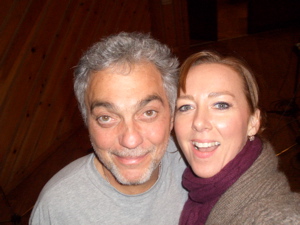 Steve Gadd and me. 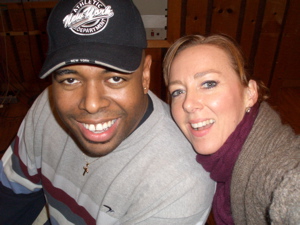 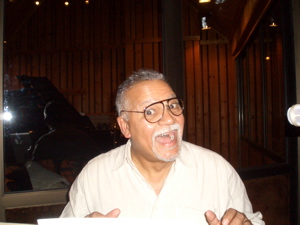 Bob Clearmountain made us sound like a record from the downbeat, and I just kept getting happier and happier as I heard these little Jonatha/ Woody songs come to life. 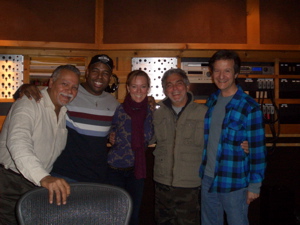 We recorded at Avatar, which, for the muzos in the audience, used to be the Power Station. Bob Basically built that studio way back when, with Tony Bon Jovi, so it was certainly a trip for him to be back there again. I think Bob almost had a heart attack when Steve Gadd started one of the songs with the exact drum fill that opened the Springsteen song "Hungry Heart" (recorded in that same room, by Bob, with the drums in exactly the same ÃÂsweet spot').
Since then, I"ve been traipsing across the country doing some overdubs and mixing the ones that are finished.

We did accordion with the effervescent Gil Goldstein 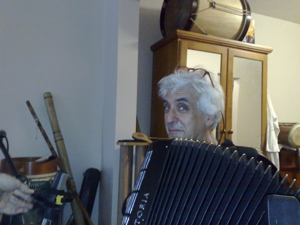 one day in Brooklyn. We added a little electric guitar in my little Bad Dog room with Hiram Bullock. 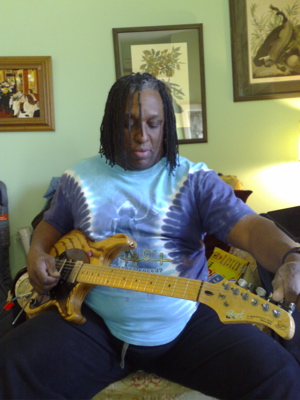 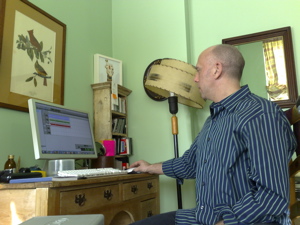 We used a very complicated technique to get the perfect guitar sound... 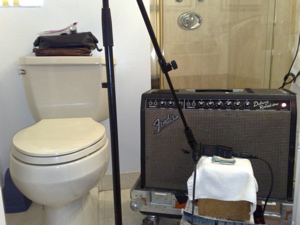 Then I got to record at Bob's new studio that he and his wife Betty Bennett (Apogee Electronics) built. Greg Leisz came by and added the most haunting lovely pedal steel and slide guitar. Oh Joy. 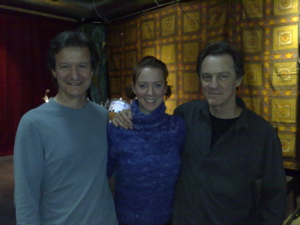 Bob, me and Greg Leisz

Greg Bissonette and Dave Carpenter tracked two additional songs with me while I was there. (The inspiration just never stops when Woody Guthrie is involved!) 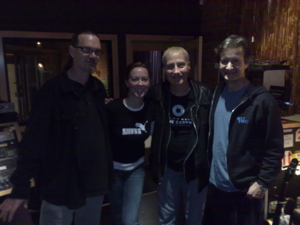 And then, in keeping with tradition, the ever brilliant Mitchell Froom added some gorgeous flourishes. 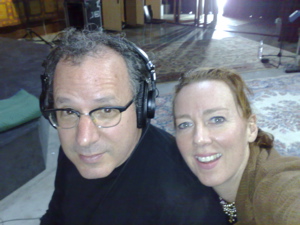 Mitchell Froom and me

Hell, even David Sanborn stopped by to hang out and hear what was going on! 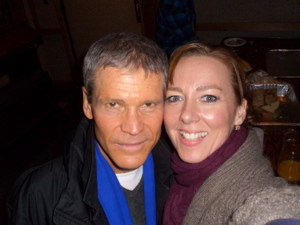 Dave Sanborn and me.

The record has such an organic feel, I am absolutely in love. And I'm trying to keep it spare and true only to the essential. Most of the songs were done in one or two takes -- and it almost felt finished that first weekend.
I'm hoping we can release it late in the summer. And start singing these songs on the road as the fall rolls around.